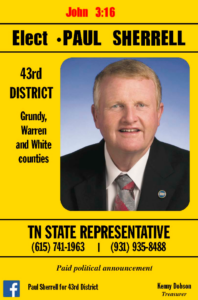 Cutting Board Kit. A cutting board kit close to the stove or sink makes for easy food prep, and it includes built-in knife storage, right where you need it most.

Drawer Organizer. Keeping all of your cooking utensils organized is key to stress-free cooking; finding what you need fast is so much better than digging through a cluttered drawer.

Forget about the living room; the kitchen is the social hub of a home. Today’s homeowners want their kitchens to reflect their personal tastes and accommodate their daily lives; however, a kitchen that can do all this is in need of one thing – smart storage.
According to renowned … CONTINUED

Crimes scene. A $1,500 cash reward is being offered for information that leads to the arrest and conviction of the perpetrator, who broke into this residence on Turntable Road, took several items, and set fire to the building to reportedly cover up the crime.

A resident of an East Turntable Road home returned, on July 7, after being out of town for a few days and found the residence had been broken into, several items had been taken, and the perpetrator had set the structure on fire.
According to Sgt. Jeff Hutson who also serves as the fire investigator for the Sparta Police Department, officers were dispatched, at … CONTINUED

City of Sparta is welcoming a new fulltime firefighter to its ranks with the approval of Matt McBride, a longtime volunteer with the fire service, whose extensive training and background will be combined with the lengthy experience and service of those who are already employed in that capacity.
McBride’s hiring was officially approved by Sparta Board of Mayor and Aldermen during the July 7, 2011, meeting, after a … CONTINUED

Chamber of Commerce board members tackled some major issues during last week’s meeting when the topics of the president’s salary being supplemented by the mileage allotment and his position as a county commissioner sparked lengthy debates.
According to Wallace Austin, president of Sparta-White County Chamber of Commerce, the 1994-1998 board of directors could not provide him with a salary increase because of low funding levels.
“The board decided to raise the mileage because that was more economical for the Chamber,” said Austin. “And they did that from 1994 to 1998. It went from $1,200 to about $4,500 as the funding increased where the Chamber could afford it. They … CONTINUED

As the week begins, it signals the end of the mandated TSSAA dead period for high school athletics.
For the past two weeks, high school sports teams all across the state of Tennessee have been on vacation. The TSSAA sets aside two weeks each summer as a dead period. According to the handbook, that means, “no coaching, observing or contact between coach and players in sport involved. There is no practice, no open facilities and no weight training/conditioning.”
As the calendar read July 10th, the dead period officially ended and the focus shifts now toward the fall sports as they begin their preparation for their seasons, which begin … CONTINUED

Sparta’s 15-year-old Babe Ruth All Star team opened tournament play with a pair of wins on Thursday and Friday.
They opened with a 12-4 win over Crossville and then advanced in the winner’s bracket with a hard fought 6-4 win over Jamestown. Sparta, however, fell into the loser’s bracket Saturday with a 7-5 loss to Cookeville. (No details were available from that game at press time.)
In their opener, Dustin Cole got the start on the mound and went the distance for the win. The rising WCHS sophomore struck out 11 and walked only one batter. He allowed four runs on just three hits.
Sparta plated two runs … CONTINUED

Sliding home. Darin Cole slides home during the 14 year old All Stars win over Livingston on Thursday. Sparta lost to Cookeville Friday, but bounced back for a win over Warren County Saturday. They were to be back in action Sunday, but results were not available at press time.

The 14-year-old Babe Ruth All Star team from Sparta has won two out of three of their games, but find themselves having to battle their way out of the loser’s bracket.
They opened tourney play Thursday with a 13-3 win over Livingston. On Saturday, they ran into tourney favorite and host team, Cookeville, who dropped Sparta into the loser’s … CONTINUED

Picking up a hit. Isaac Miller picks up a base hit for the 10 and under pitching machine All Stars. The Sparta team is 2-1 with two pool games remaining this week. (Photo submitted)

Sparta’s 10 and under Little League pitching machine All Star team continued their tournament play with pool play games on Friday and Saturday and came away with a split.
After having a game rained out on Thursday, they defeated Lebanon 12-2 on Friday. Things didn’t go as well on Saturday as they fell to Smith County Red 11-9.
Sparta jumped out to the early lead on Friday with five runs in the first inning. … CONTINUED

Fatal accidents statewide decline in first half of 2011

Tennessee Highway Patrol (THP) Colonel Tracy Trott recently announced that the preliminary number of people killed in fatal accidents on Tennessee’s highways and roads is down 15 percent for the first six months of 2011, compared to the same time period in 2010.
The THP reports 440 fatalities in Tennessee from January 1 through June 30, 2011. That is 77 fewer than the 517 people killed in vehicle accidents during the same dates in 2010.
These figures include all vehicular fatalities in Tennessee reported by law enforcement agencies across the state.
Trott also noted the number of arrests made by state troopers for driving under the influence (DUI) … CONTINUED

Running him down. The 15 year old stars team up to tag 14 year old, Darin Cole, out at home plate during a scrimmage. The 14’s open up against Livingston Thursday at 7:30 p.m.. in Cookeville at Parkview. In the picture for the 15’s are

Pitching machine All Stars come from behind for win

Taking a swing at it. Grant Slatten takes a swing at a pitch during Tuesday’s game for the 10 and under pitching machine All Stars. Sparta came from behind to defeat Carthage 12-11. They will be back in action Thursday.

Sparta Little League’s 10 and under pitching machine All Star team scored seven runs in the bottom of the fifth and held on in the sixth finishing off the narrow 12-11 win over Smith County.
The Sparta squad drew the home team in their opening pool play game on Tuesday in Carthage. The hosts held an 11-5 lead going into the bottom of the fifth leaving Sparta with … CONTINUED