Technical skills, knowledge and attitudes appropriate to the workplace are the outcomes of 29 students receiving 31 diplomas at the conclusion of summer trimester at the Tennessee College of Applied Technology – McMinnville. Two of those students are White County residents. Students and their program areas include Tonya Hall, business systems/administrative office, and Justin Jones, welding.

The May Cravath Wharton Association of Uplands Village will be holding its 32nd Annual Silent Auction, Sept. 25-27, 2014. Proceeds from the auction benefit the mission of the Wharton Association, which grants scholarships to area residents, addresses community needs for such things as food, home heating, and electricity, holds special events and provides supplemental equipment at the assisted living and long-term care centers in Uplands Village, a not-for-profit continuing care retirement community in Pleasant Hill. Funds are also contributed to the Cravath Fund, which supports elders who have outlived their financial resources. Silent auction hours are 4-8 p.m., Sept. 25; 10 a.m.-8 p.m., Sept. 26; and 10 … CONTINUED

In observance of the Labor Day holiday period, Tennessee Department of Transportation crews and contractors will stop all road construction work that requires lane closures on interstates and state highways beginning at noon, on Friday, Aug. 29, 2014, through 6 a.m., Tuesday, Sept. 2, 2014.

If you are thinking of starting your own business, there is a lot you need to know. A free seminar that will be presented this August by the Tennessee Small Business Development Center at TTU will help get you headed in the right direction. “Business Start-up Essentials” is the title of the seminar being presented 5-7 p.m., Sept. 4, 2014, on Tennessee Tech’s campus at Johnson Hall, room 218, at 1105 North Peachtree Ave, in Cookeville. Although admission is free, registration is required and can be done by visiting the web site at www.tsbdc.org/ttu or calling the TSBDC office at TTU at (931) 372-3648.

The Warriorette volleyball team was defeated 3-1 at Rhea County on Thursday in District 6AAA action.

The Warriorette soccer team picked up a 1-0 win over Sequatchie County on Tuesday.  Jessie Green scored what turned out to be the lone goal of the game early in the season half.

Package liquor stores, liquor by the drink to be on November ballot

The White County Election Commission approved a petition submitted by Al Klee for package liquor stores and liquor by the drink in White County to be on the ballot in the November election. Each name on the petition was verified and the commission found that the required number of signatures are present. See Monday’s edition of The Expositor for more details.

Pink out at football game

Final practice preparations are underway for Friday’s football game ay Livingston Academy.  Fans of both teams are encouraged to wear pink in a joint effort between the two communities in the battle against cancer.  Kick off is at 7 p.m. 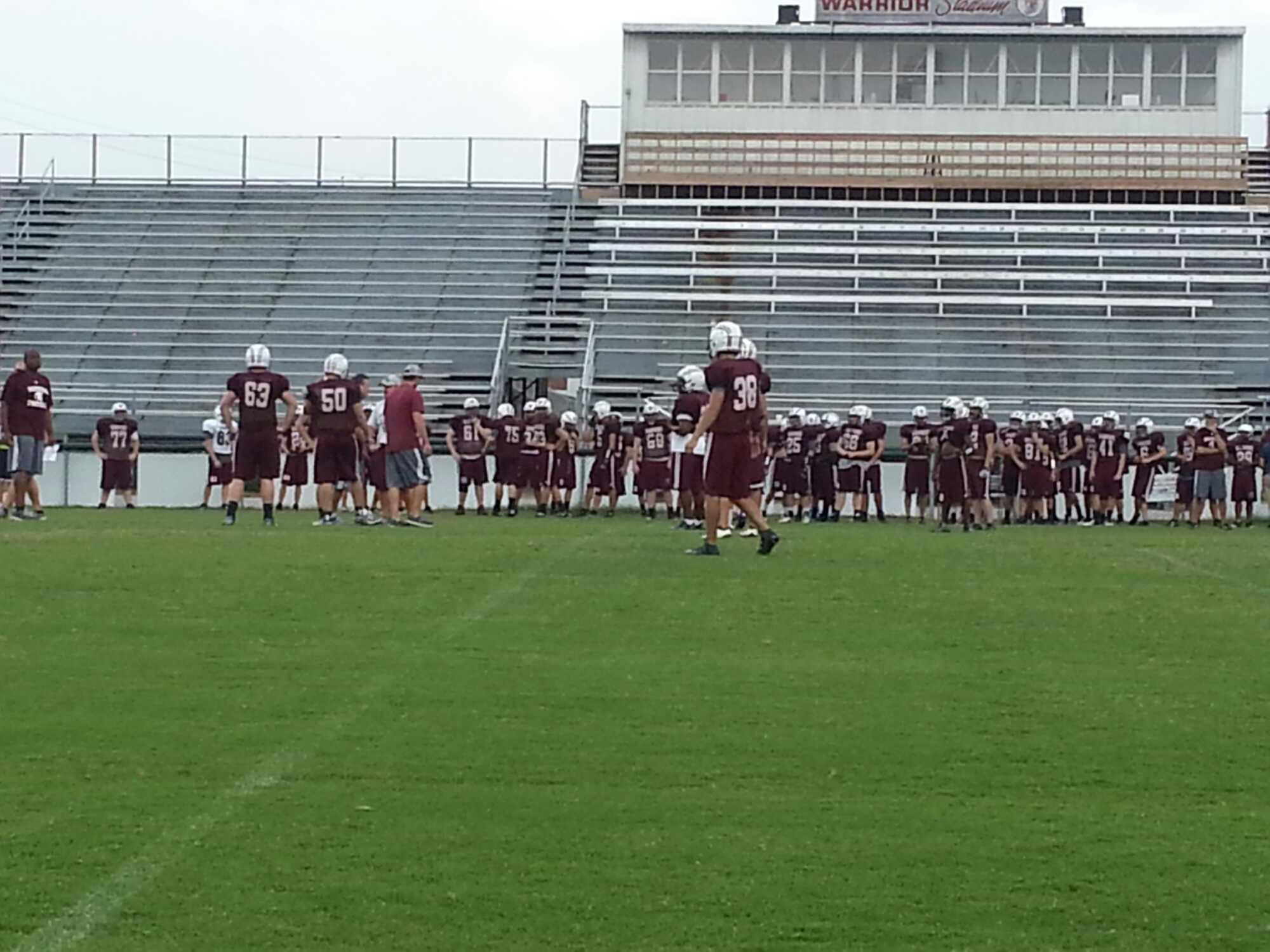 He was retired from the U.S. Air Force.

Funeral service will 3 p.m., Aug. 30, 2014, at Hunter Funeral Home, with burial in Saylors Cemetery, with full military honors by the Veterans Honor Guard. The family will receive friends from 1-3 p.m., Aug. 30, at the funeral home.

The Bearden family asks that memorials be made to Hunter Funeral Home to assist with funeral expenses.

She was preceded in death by her parents; a son, Tommy Price; daughter, Ruth Ann Price Sparks; and a sister, Cora Holland.

Newly elected Criminal Court Judge for the 13th Judicial District Part I Gary McKenzie was sworn in by the man whose position he will soon fill. Retiring Judge Leon Burns swore in McKenzie on Aug. 27 at the Putnam County Courthouse. The 13th Judicial District covers Clay, Cumberland, DeKalb, Overton, Pickett, Putnam and White Counties. Before being elected judge, McKenzie served as Deputy District Attorney General, prosecuting some of the most serious cases in White County. McKenzie says he’s “honored and humbled” to have been sworn in by Burns, “an icon and pillar in the legal community.”