Quebeck/Walling Community Club will host a potluck supper followed by a hayride, on Saturday, Oct. 25, 2014, at Quebeck Community Center, 375 Quebeck Rd. Bring a side dish, entrée to share for the potluck.  There will be trick-or-treating in the woods and a bonfire, too. Marshmallows to roast and candy in the straw for the kids, plus some other treats for the folks – young and old alike. Doors open at 5:30 p.m., meal at 6 p.m. For more information call (931) 657-1009.

She was a former district sales manager for the Keeble-Kellogg Company and was a member of the Ole Country Church.

In addition to her father, she was also preceded in death by her husband, M.C. Billings, and very special aunt, Byrd Lunsford.

A spaghetti/chili dinner and auction will be held on Sat., Nov. 8 at Sparta Civic Center, 5-7 p.m to raise funds for a surgical procedure for Virgel Randolph, who suffers from a medical condition that is progressively paralyzing him. Tickets are $6.00 and desserts are $1.00. The auction starts at 7 p.m. There will also be a yard sale starting at 7 a.m. For more information, contact Connie Randolph at 931-247-9777 or email Darlin930@hotmail.com. Donations can be made through Pay-Pal to the email address darlin930@hotmail.com

In  lieu of flowers, memorials may be made to: Tennessee School for the Blind, 115 Stewarts Ferry Pike, Nashville, TN  37214 (His granddaughter, Lilly, attends school at  TSB.)

For the small, tight-knit Eastland community, any loss is felt deeply. A loss of the magnitude of Joseph “Dude” Smith-firefighter, World War II veteran and friend to everyone he met-is nothing short of profound for the many lives he touched. The tribute from citizens and emergency services during Smith’s funeral on Sept. 21, in which 13 emergency vehicles followed the procession and residents lined the streets to pay their respects, was a physical representation of just how acutely heartbreaking his passing was for White County. Days after the service, Smith’s family came together to reflect on their favorite memories of the man they have loved so dearly. Read … CONTINUED

No injuries in Roberts Matthews crash

North End Volunteer Fire Department, Sparta-White County Rescue Squad, White County EMS and White County Sheriff Department responded to a crash on Roberts Matthews Highway, just south of the Airport Marathon gas station at approximately 8:45 this morning. The driver, who was traveling north, had reportedly lost control of his vehicle while negotiating a turn, and drove off the roadway, flipping the vehicle. He was not injured in the crash. Deputy Lindell Smith investigated the crash.

Sparta Police Chief Jeff Guth partnered with Walgreens on Saturday to collect unused and expired medications from residents who wished to properly dispose of them. This Drug Take Back Day event set a new record, with 88 pounds of medication collected.

With only weeks until the 2014 Miss Fabulous Pageant, contestants are encouraged to submit their applications.  To access the application, visit the Miss Fabulous Facebook page: https://www.facebook.com/MissFabulousPageant.

Adoptable Friend of the Week: Kemp 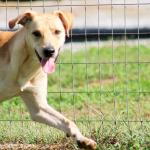 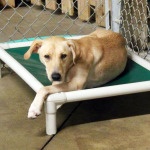 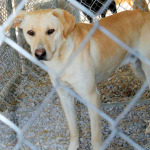 My name is Kemp and I’m a 1-2 years old Labrador/Cur mix looking for my furever home.  I’ve been at the shelter a really long time, now.  When I first came to the shelter, I was really scared because people haven’t been very nice to me in the past, but I’m a lot better, now.  I’ll let people pet me once I get to know them, and I can even walk … CONTINUED