A crash that took place at approximately 3 a.m. on Oct. 5 at the intersection of Sullivan Knowles Road and Fred Hill Road has led to the arrest of John Walter Studley for DUI. Studley was later charged with domestic assault just hours later. For more information on the arrest, see Thursday’s edition of The Expositor. 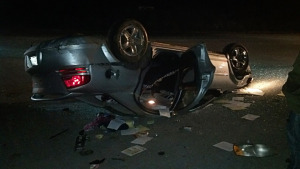 The White County Public Library is extending Maker Camp into a weekly program for home school students.  Dr. Casey will be running the camp, which will feature self-propelled water fountains; using coding to program apps, computer programs, and robots; and turning old junk into new treasure.  The group will meet on Wednesdays at 1 p.m.  The camp is open to any child interested in the sciences and hands-on learning.  For more information, cal Erin at 836-3613.

At noon on Oct. 8, the White County Public Library will be holding the monthly Book Discussion Group.  This month will feature American horror master, Edgar Allen Poe.  Printed copies of the short stories to be discussed are available at the front desk of the library.

As part of the annual series of Tennessee State Parks Running Tour, The Rock Island 5-Miler is set for Oct. 11.  The five-mile follows roadways and trails throughout the park, with a moderate to strenuous difficulty level.  Walkers are welcome, as well.  Register online at raceonline.com.

From 12 p.m. until 5 p.m. on October 18, taste craft beers and enjoy live music at the Upper Cumberland’s first Blues and Brews Craft Beer Festival at Dogwood Park to benefit WCTE Upper Cumberland PBS.  Calfkiller Brewing Company will offer over fifty brews for tasting.  Local breweries as well as breweries from across the country will be present.  For more information, visit http://www.wcte.org/brews2014?utm_source=socialmedia&utm_medium=web&utm_campaign=brews2014.

From 10 a.m. until 4 p.m. this Saturday, October 11, visit the Picasso Music and Art Festival for a free event featuring local musicians, local artists, and activities for children. The festival will stretch from Cedar Street to 1st Broad Street in Cookeville.

Putnam County Sheriff Department, in a news release, has announced the arrest of Clifton Terrell Brown, 34 of Sparta, on Fri., Oct. 3, for allegedly stabbing his wife in the leg with a knife. The incident reportedly occurred inside a vehicle parked at the Love’s truck stop in Baxter at approximately 4:36 p.m. Brown’s children were in the vehicle at the time of the incident, according to the release. A witness to the alleged stabbing called 911 and rendered first aid to the victim until emergency medical personnel arrived on the scene. Though Brown fled the scene, he was apprehended shortly thereafter by Deputy Ron Harris of Putnam … CONTINUED

Hail piles up on Monterey Highway

Justin Remillard, White County EMA, submitted this picture of hail on the side of the road on Monterey Highway at Oakwood Street during last night’s storms.

String quartet to perform at TTU

A visiting string quartet from Indiana will perform Oct. 16 at Tennessee Tech University’s Wattenbarger Auditorium. The Larchmere String Quartet is the Eykamp quartet-in-residence at the University of Evansville. The group has performed around the country and world since its inception in 2011, including Japan, Germany, England and Italy. The concert, which is free and open to the public, will start at 7:30 p.m. It is made possible by the Center Stage series, funded by the university general education fund. Wattenbarger Auditorium is in the Bryan Fine Arts Building, 1150 N. Dixie Ave., on the TTU campus.