He was a member of Plainview Church of Christ and served his country in the U.S. Army.

Mr. Hutchings was preceded in death by his parents.

She was a member and pianist of Mission Ridge Baptist Church, in Lylte, Georgia. After graduating from business school, she worked as keypunch operator at Datamatic, in Nashville, and secretary at Diplomat Angus Farm in Burns. She looked forward to spending time with the Dickson County Home Demonstration Club.

She will be best remembered as a loving mother, grandmother and great-grandmother who always had time for listening, playing and making homemade ice cream with “Grannie Cookies” on the farm, in Dickson … CONTINUED

Who is the best of the best in White County?

A ballot for the 2015 Reader’s Choice Awards can be found in Thursday’s edition of The Expositor. Be sure to fill out a ballot and mail it or bring it by the office, located at 34 W. Bockman Way, by August 14 for your voice to count, and to be included in a drawing for a $50 gas card. The winners will be announced September 28 in a special edition included in The Expositor, along with photos and stories of some of the featured winners. Entries MUST be submitted on an official newspaper entry ballot. No copies will be accepted!

Haston Cemetery decoration will be 1 p.m., Sunday, Aug. 9, 2015. The meeting and lunch will be at Cummingsville School, in Van Buren County. The business meeting will be held first, with a covered dish meal immediately afterward. Families can visit the cemetery at their convenience.

Gas price drops to accelerate from Labor Day through autumn

2015’s second half represents a strong commitment that motorists will spend even less on gasoline this year than they did in 2014. GasBuddy experts say that before Christmas, as many as 20 states could have average gas prices below $2 per gallon as the national average for December slips to $1.98.

States most likely to see average prices at $1.99 or less before Christmas:

Clay caricatures of people, historic and contemporary – including some nudity – will be on display at Tennessee Tech University’s Appalachian Center for Craft until Aug. 23.

The show is by Zach Tate and features a variety of figures, including some from the political realm.

The show will be in the Center for Craft’s Gallery One. It is free and open to the public.

The Center for Craft is open from 10 a.m. to 6 p.m. Monday through Saturday and from noon to 5 p.m. Sunday.

It is located approximately six miles from Interstate 40 at exit 273, Smithville/McMinnville. 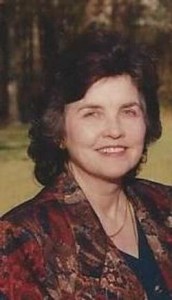 She was a homemaker, loving wife, mother and grandmother. A member of New Union The Baptist Church, Mrs. Jones sang with her husband Royce at church and in local gospel groups.

She was preceded in death by her parents, Cordie Adcock and Louvella Russell Adcock, and husband Royce D. Jones.

White County, SR-111 (Spencer Hwy.) repair of bridge over Calfkiller River (LM 6.37) in Sparta: Work on this project continues. The contractor has completed full depth deck repairs and will be completing work on expansion joints for Phase 2 construction. Sandblasting and painting operations within the middle span of the bridge are underway. Temporary traffic control signs are installed providing lane shifts to the outside lanes in both directions as Phase 2 progresses. All motorists should use extreme caution and be alert to construction equipment and vehicles on the project. The contractor may have short term lane closures to perform various operations on an as-needed basis. Flaggers will … CONTINUED

Van Buren County, SR-111 grading, drainage, and paving from south of Manus Road to south of SR-285 near Double Bridge Road: Work on this project continues. Utilities are currently being installed. Grading and blasting operations continue and the contractor is addressing the slope with removal of unsuitable material and installing graded solid rock within the construction zone. Motorists should expect periodic delays. Flaggers will be present during progression of work. Motorists should use caution and be alert to construction equipment and vehicles within the work zone. The speed limit has been reduced to 45 MPH and is being enforced. Estimated project completion date is spring 2016. [Jones Bros., … CONTINUED

Putnam and White Counties, SR-111 resurfacing from north of SR-136 in White County (LM 17.43) to north of SR-136 in Putnam County (LM 2.03): Work on this project will begin soon. The contractor will install construction signs during this report period. Milling and paving operations are slated to begin soon afterward. The contractor may have short lane closures to perform various operations on an as needed basis. Flaggers will be on site to help with traffic control. Estimated project completion is September 2015. [Tinsley Asphalt, LLC/Sorrelle/CNP111]

Putnam County, SR-56 bridge repair over I-40 at MM 273 (LM 0.54): Work on this project continues. Concrete barrier rails have been removed and replaced with flexible barrels/drums to provide wider lanes for the traveling public. Nighttime interstate lane closures and traffic pacing will be permitted for bridge repair operations if necessary, but only during the hours of 8PM to 6AM. One lane of I-40 in each direction will be maintained during these temporary closures. During this report period the contractor may have interstate lane closures on each evening except for Friday and Saturday nights to allow the contractor to perform work on the bridge overhead as part … CONTINUED

DeKalb County, SR-26 (U.S. 70) construction of a welded steel plate girder bridge and three retaining walls over the Caney Fork River and Sligo Road (LM 24.58): Work on this project continues. During construction, the current bridge over the river will remain open to traffic until the new structure is constructed and able to carry traffic. During this report period, the contractor will be slip forming the parapet rail, placing final lift of base stone, asphalt binder and completing construction of retaining wall one. Utilities will be slipped through the conduit hangers of the bridge for DTC Wireless and Comcast utilities. The contractor may have short lane closures … CONTINUED