“Get Alarmed Tennessee” smoke alarm program has saved more than 100

Tennessee State Fire Marshal’s Office announced Friday that smoke alarms installed as part of the “Get Alarmed Tennessee” program have now contributed to helping save over 100 lives since the program’s inception in 2012. Since its inception, SFMO and Tennessee fire service partners have distributed more than 81,000 smoke alarms for free across Tennessee in high-risk areas. Figures have recently confirmed the 101st saved life. The installation program along with fire prevention education, fewer fires and other factors helped play a role in reducing Tennessee’s fire mortality rate in 2014.

The White County High School Warrior Marching Band prepares this year’s marching show to wow the crowd during half-time. Each group of instruments spend time together, called sectionals, working on their music. During band camp, band director Roger Mills is assisted by a variety of experienced staff to better help each student perform his or her best. 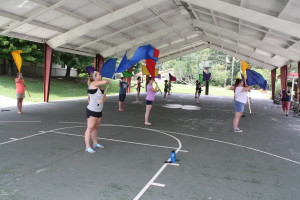 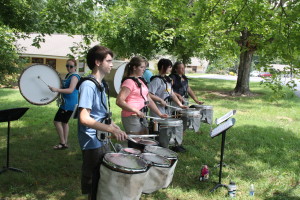 He was a retired service station owner and National Guard veteran.

Dorothy “June” Mace passed away July 27, 2015 after an extended illness.

She was born in White County to Jordan Anderson Young and Eppie Parker Young.

She was co-owner of Mace Trucking, an extraordinary cook and avid baseball fan.

During the July 27 meeting of White County Budget Committee, Cain Rogers, county commissioner who represents District 1, explains to fellow committee members how cutting $85,000 from E-911’s budget would have long-term repercussions. Tennessee Emergency Communications Board executives have reportedly told commissioners the state will cuts its funding to the local communications center if the county cuts its funding. Budget committee members have been struggling with providing a balanced budget for fiscal year 2015/2016 and had voted a few weeks ago to cut E-911’s funding.

YMCA director asks for county funding to be restored

Vencent Bell, chief executive officer of Sparta-White county YMCA, addressed White County’s budget committee last night to request that the $8,000 that had been cut from the Y’s budget to be restored. Budget committee members have been struggling with providing a balanced budget for fiscal year 2015/2016 and had voted a few weeks ago to cut funding to the family-oriented organization that provides numerous services to the community. No final decisions were made during the July 27 meeting, which was held in the third floor courtroom at White County Courthouse with a large audience of concerned citizens.

The Burgess and Related Families Reunion will be held at the Cumberland Mountain State Park in shelter #1, in Crossville, 11 a.m.-6 p.m., Aug. 1, 2015. Please bring a dish to pass, and if possible, bring lawn chairs and sports equipment you might want to use. Lots of activities are available at the park, which include boat rentals and a pool. This is a chance to meet relatives both young and old and share stories with one another. Bring pictures if you can. If you need additional information, contact one of the following: Rochelle Burgess Roulette (931-349-0072); Jerry Burgess (503-740-8149); Margie Burgess Lewis (931-510-3510); Sharon Burgess Weeks (931-456-3651). … CONTINUED

WCHS golf gets season off to a solid start

The White County High School golfers hit the links Monday morning at the Cookeville Country Club for their first match of the season and, according to Coach Eric Mitchell, are off to a very promising start.

WCHS represented well with both the girls’ and the boys’ finishing the day in second place.

Warren County’s girls finished among the top teams in the state last season and returned two of their best players off that team. The Lady Pioneers got their season off strong … CONTINUED