The Warriors traveled to Jamestown on Friday and came home with a 39-21 victory over the York Dragons.  That win improved the Warriors to 2-0 on the season.

Attached is a photo gallery and stats from the game.

A test of the City of Sparta’s weather siren will be conducted at 1 p.m. on Monday, August 31, weather permitting. Testing will not be done during inclement weather so as not to confuse the public about an actual weather threat. 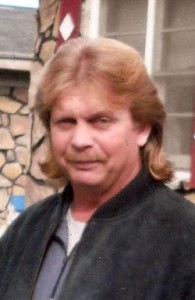 He was a treasured and valued employee of White County Lumber Company since he was 18 years old.

Funeral service will be 4 p.m., Sept. 2, 2015, at Hunter Funeral Home, with burial in Taylor’s Providence … CONTINUED

Sparta and Central View firefighters responded to a vehicle fire on the off ramp from Highway 111 onto McMinnville Highway on Saturday afternoon. The fire temporarily blocked the ramp to traffic, but was extinguished within minutes.

A resident in the eastern portion of White County has reportedly shot several individuals after the driver of a vehicle in which they were riding was “doing doughnuts” in his yard and causing damage.

According to White County Sheriff Oddie Shoupe, he received a call at approximately 5 a.m., Sunday, Aug. 30, 2015, that informed him Chad Jolley, who lives at 176 Robert Sherrell Rd., had shot into a vehicle that had been driven onto his property and was causing damage.

Senior Day at the fair

Senior Day at White County Fair will begin at 9:30 a.m., Friday, Sept. 4, at the Agriculture Complex, on the fairgrounds. The event is open to anyone 55 years of age or older.

There will be a talent showcase immediately following opening ceremonies. Rules for the talent showcase will be on the registration form, which are available at Sparta-White County Senior Center and Life Care Center of Sparta. Applications must be filled out and turned in before 4 p.m., Wednesday, Sept. 2. Cash prizes will be awarded for 1st place through 10th place. There will be no separate categories as in the past.

There will also … CONTINUED

This Week in White County History

The Expositor set up a new way to cover and honor football players during the 1975 season by creating a point system to showcase those players who made numerous plays during each game. The sports page featured a player from offense and defense in each issue. 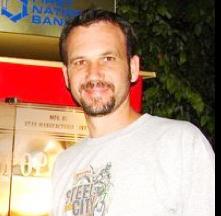 The Aaron Shafer Memorial Bike Ride will be Sept. 26, 2015, which is in memory of Aaron’s birthday. Registration starts at 8 a.m., at Central Church of Christ, in the parking lot. The cost is $20, and registration takes place the day of the race.  Kids who are 10 and under ride for free. Ride begins at 9 a.m. Anyone can ride who has a bike and a helmet. The routes range from 1.25 miles to 60 miles – your choice. The event is a fundraiser for the Aaron Shafer Memorial Foundation. For more information call Cherri McNeil, at Fragrant Mushroom, (931) 836-8190.

The next Project Graduation meeting is scheduled for 6 p.m., Tuesday, Sept. 1. Please make arrangements to be there and please sign up  to work the fair booth. Volunteers are needed. You can message us, call or text us through our Facebook page – WCHS Project Graduation Class of 2016.

WCTE’s 2nd annual Blues & Brews Craft Beer Festival, in Cookeville’s downtown Dogwood Park, will be noon-5 p.m.,  Saturday, Oct. 17, and will feature samplings of more than 60 craft brews from across the country. Attendees will receive a commemorative tasting glass to sample craft beers all day, and local food vendors will be selling their specialties on site. The Dogwood Performance Pavilion will feature live music, and festival-goers can bring blankets or lawn chairs to lounge in the music area. Blues and Brews ticket sales benefit WCTE Upper Cumberland PBS.

She was born July 17, 1952, in White County, to John Haston and Elise Franks Haston Carter who preceded her in death.

She was also preceded in death by a brother, Ricky Haston, and son-in-law, Troy Lawson.

She was a retired trainer for Xerox.

She was a graduate of White County High School Class of 1970 and attended Doyle Elementary School. .