Tennessee Technological University welcomes visitors during homecoming and its centennial celebration with a parade down Dixie Ave. View post for more pictures.

A Nashville country music recording artist will be spicing up Sparta’s annual Christmas parade, as Whirl Wide Entertainment and Jason Ward Events are bringing singer Briana Tyson to perform on their float in the parade.

“We are very excited that she will be coming to perform and to let people know what she’s capable of doing,” Kelly Judd, CEO of Whirl Wide Entertainment says.

Judd says he is thrilled to bring a county music artist into the Sparta parade. “This is something new for Sparta,” he continues.

Tyson, who is currently recording her second studio album, will be singing Christmas songs on the float throughout the duration of … CONTINUED 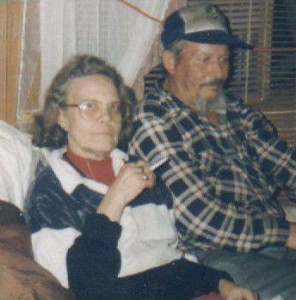 January will mark 20 years since David Pruitt has last heard from his mother, Ann Blanche Ferguson Frady who, at the time, was 57 years old.

Since that time, he and his wife Kimberly Pruitt, have not stopped following every lead, in hopes of finding answers concerning what happened to “Momma Blanche.”

David Pruitt, who has resided in the BonDeCroft community for 25 years and serves as a volunteer firefighter, grew up in Bledsoe County.

At the time of her disappearance, Frady was residing in Van Buren County, near the Bledsoe County line on Jack’s Branch Road. She was last seen on Jan. 14, 1996 at JJ’s market … CONTINUED

The White County School Board of Education met to discuss a recent records request by Chris Sapp in regards to the recent conflict involving a seventh grade social studies textbook.

All members of the school board have been given the information requested and have agreed to meet personally with Sapp to discuss the matter further. As far as the seventh grade textbook, the school board remained firm in the decision to retain the book.

“As for recent concerns involving the 7th grade social studies textbook, we stand by our decision at this time to retain the textbook,” stated Chairman Edd Cantrell. “This decision was based upon the … CONTINUED

Ms. Scheidler had a deep belief in God and studied her Bible daily. She was writing a book for people who had been physically abused. She was a very loving and caring person who loved her children more than anything in the world. She will be dearly missed.

She was preceded in death by her parents and two brothers, Claude Blanton and Bobby Blanton.

Gas prices should slip lower this week after the price of oil hit its lowest settlement since August. Gasoline prices nationwide are averaging $2.17, after slipping 5 cents last week. Motorists are now saving an average of $11 for a full tank of gas. The current price of gasoline in Tennessee is $1.98 – 4 cents lower than a week ago, 3.5 cents lower than last month, and 70 cents lower than this time last year.