Anita Eldridge, a lifetime resident of Sparta who once served as a county commissioner, was honored Saturday on her “21st” birthday. (She was a leap year baby.) Friends and family gathered at Miss Marenda’s Tea Room, in downtown Sparta, to say happy birthday to a woman who has remained active in her community for many years, serving on various committees. State Representative Kevin Dunlap presented Eldridge with a proclamation signed by Gov. Bill Haslam, as well as a Tennessee flag and a flag of the United States of America, both of which have flown over the state capitol.

Born July 6, 1971, in South Bend , Indiana, she was the daughter of Dennis Basham and Virginia Bradford Basham.

A driver reportedly fled after crashing on Hickory Valley Road this morning, according to calls to E-911. Hickory Valley Volunteer Fire Department was on the scene to assist with cleanup and traffic control, as Sgt. John Meadows and Deputy Lindell Smith, of White County Sheriff Department, searched the vehicle, which was sitting in the middle of the roadway. 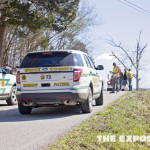 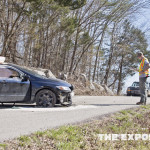 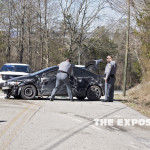 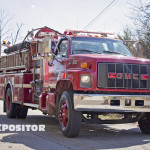 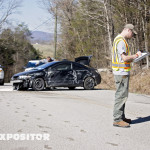 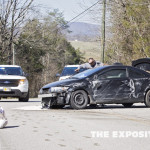 “The Art of the Love Song,” by the Annie Moses Band, premiers on WNPT Nashville Public Television, at 7 p.m., March 10. Four young Sparta/Cookeville area musicians are performing with the Youth Orchestra: Vivian and Emma Ledbetter and Sarah and Olivia Merritt. This show was filmed as part of the Fine Arts Summer Academy last summer at the Grand Ole Opry House, in Nashville.

He was a member of Doyle Church of Christ.

Funeral arrangement are incomplete at this time.

Taste of Home set for March 8

America’s top live cooking show is coming back to Sparta, on Tuesday, March 8, and what a great way to enjoy a night out with family and friends by participating in an event that brings hundreds of people from far and wide.