Current laws should be changed to allow concealed carry weapons (CCW) permit holders to be armed in gun-free zones (GFZ).

Below are two scenarios to consider:

First, you have a CCW permit and are out for a normal day. You find yourself in a GFZ. Therefore, you don’t have your gun as current law prohibits this. Now a shooting breaks out. Without your gun, what do you do? Do you flee or hide? Unfortunately, being unarmed, your options are limited. The outcome for you and fellow citizens may be completely out of your control. Although law enforcement in … CONTINUED

Who can we blame for an ungodly America?

Who has your back?

In the movie “Blindside,” the opening scene is a replay of the Nov. 18, 1985 Washington Redskins vs. Giants game. Sandra Bullock narrates how Lawrence Taylor changed the game of football forever. Taylor rushed on the blindside of the opposing team’s quarterback, Joe Thiesman, and not only sacked him but broke his leg and ended his career. That one play changed many lives forever. The highest paid player is always the quarterback, but now the second highest player is that left tackle to protect the blind side of the million dollar quarterbacks. Do you have a blind side in your life … CONTINUED

Tennessee’s highway system has been plagued by a lack of funding, and a coalition formed to address the funding problems will be meeting in at the White County Courthouse on Aug. 10, to discuss the dilemma with citizens and community leaders.

For several years, the Tennessee Department of Transportation has been growing their backlog of state highway construction projects.

The department states, “Tennessee’s population is growing rapidly, as are the demands on our transportation system. We currently have an approximate $6 billion backlog of projects, many of which would increase capacity and safety in our expanding communities. We also face the difficult and expensive task of preserving and … CONTINUED 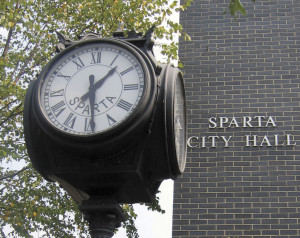 During their Aug. 4, 2016 meeting, the Sparta Board of Mayor and Aldermen disagreed over a last minute paving plan for Roosevelt Drive, with Alderman Chad Griffin contending that the project should begin with widening near White County High School for student safety and Mayor Jeff Young insisting beginning at Highway 111 and working east would give the city more square footage for the money.

With the Sept. 30 deadline to use annual state Surface Transportation Program funds looming, City Administrator Chris Dorsey presented the board with a July 27 email exchange he had with Gresham, Smith and Partners, an engineering firm who had already been contracted on … CONTINUED

A lawsuit filed by Sheriff Oddie Shoupe against White County alleges he has not been provided with adequate funding to efficiently run his department.

The legal document, which was filed at 2:36 p.m., Aug. 5, 2016, in the White County Circuit Court Clerk’s Office, states that “due to increased federal and state mandates requiring the sheriff to carry out additional functions, the increased population of White County, the population of the jail, the increase of drug trafficking, the increased motor vehicle traffic on Highway 111, and the crimes committed thereon…the sheriff’s department needs approximately eight new full-time deputies and one new full-time secretary. Four deputies should be road … CONTINUED

Assessor of property, alderman and school board members among new faces coming out of election

Last Thursday’s election has brought a change to one of the offices at White County Courthouse that had been held by the same individual for 14 years.

When the final vote counts were announced on Aug. 4, 2016, Junior Jones had defeated Tina Lassiter Miller in the race for assessor or property, 1,881 to 1,769.

Miller was originally appointed to the office in December 2002 after assessor of property Kathy Hunter resigned from her position to move to Alabama. Miller had worked in Hunter’s administration for 11 years prior to her appointment to fill the vacancy.

Jones, who had delved into politics a few years ago with an … CONTINUED

The annual Quarterback Club Barbecue and Auction will be held this Saturday, August 13th, in the White County High School cafeteria.

The event is the big fundraiser each year for the club that supports the WCHS football team.

The BBQ dinner will begin at 5 p.m. Tickets, which are $10 each, can be purchased at the door.

The auction is slated to begin at approximately 5:45 p.m. The auction will be hosted by TriStar Realty’s Roy Whited.

According to the QB Club representatives, the auction will have several items donated by local businesses and individuals who support the Warriors.

Some of the items that will be … CONTINUED

TSSAA planning another realignment of classifications

When the TSSAA Board of Control met July 27th for a special called meeting, the members discussed and voted in some changes in classification that will go into effect for the 2017-18 school year and will run through 2020-2021.

These changes could make things interesting, but hard to follow for those involved with White County High School sports. While the decision has been made to make changes, the precise changes wont be known until just before the November Board of Control meeting after the new classification numbers are handed in for this school year.

Both WCHS teams came away with second place finishes in the event. The Warriorettes came in second, 10 strokes behind first place, Warren County, and one stroke ahead of third place finisher, Cookeville.

The Warriors finished in a tie for second with Warren County. Cookeville won the tournament blowing away the field finishing 29 strokes better than the two second-place finishers.

The Warren County girls finished with a team score of 175. Mingle led them with an 87 and Vargas added an 88.… CONTINUED 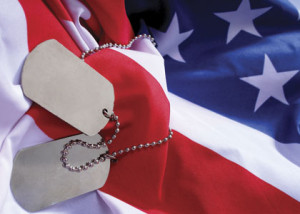 Mr. Jernigan was born Aug. 17, 1930, in White County. He was one of 13 children born to Fred Jernigan and Effie Wood Jernigan.

He was a farmer, a veteran of the U.S. Army and a member of the Masonic Lodge at Rock Island.

During a wreck or a fire, the fear a child experiences can be overwhelming.

The Kids for Kids program aims to quell that fear just a little bit, with the gift of a stuffed animal to a child from emergency personnel, in the midst of what is the scariest moment of a child’s life.

Sparta firefighter Mary Beth Clouse says this is the first time a Kids for Kids event has been held in conjunction with the White County Fair, which is allowing children 16 and under to bring a new stuffed animal to the fair, 4-9 p.m., on Sept. 6, 2016, to receive free admission into the … CONTINUED