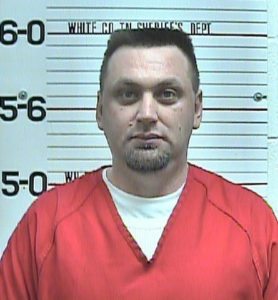 The Court of Criminal Appeals of Tennessee at Nashville has denied James Harland Lackey’s contentions of insufficient evidence and excessive sentencing, in an opinion filed on July 27, 2016.

Lackey was convicted in a jury trial, in January 2014, of the second-degree murder of James Caldwell, who was shot to death in his bed in his home, on Hensley Chapel Road, on Feb. 23, 2012.

According to the opinion filed by the Court of Criminal Appeals, on the night of Caldwell’s death, a deputy at the Bedford County Sheriff’s Office received a phone call from Lackey, who reportedly stated that he had shot someone and … CONTINUED

Layne Funeral Home and Cremation Services, in Spencer is in charge of arrangements.

Two springs ago, Ethan Roberts was spending his time on the mound for the White County High School baseball team.

Just over a year later, Roberts, a 2015 graduate of WCHS, has put his name among the nation’s best college freshmen.

Roberts burst onto the scene for the Tennessee Tech Golden Eagles. He tied for the team lead with two saves on the year, but his expertise was more as a middle reliever. Roberts completed three or more innings in nine contests. For the season, he was 6-1 with five of those wins coming in a reliever role. He did win his lone start.

Roberts had the best … CONTINUED