Walk-in care for minor injuries and illnesses, prevention and wellness care, DOT physicals, sports physicals, and more will be welcomed at the Cookeville Regional Urgent Care Clinic with extended and weekend hours. Lab services will be available on-site.

Roy Anderson, M.D., will continue to see patients in the clinic, along with nurse practitioners Maggie Bullock, … CONTINUED 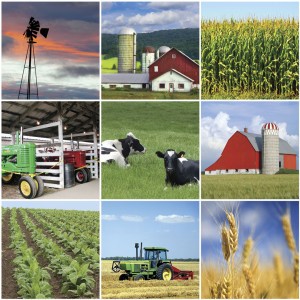 If you think a trip to the farm means pumpkin picking, crisp weather, wagon rides, corn mazes, imaginative playgrounds and farm animal petting zoos, you’d be right. In Tennessee, however, that’s just the tip of the cornstalk.

Agritourism farms across the state are a prime destination for all sorts of special events and outdoor adventures not traditionally associated with farms. Farmers look for ways to keep visitors coming back to their operations year after year. As agritourism matures in Tennessee, options at farms keep expanding.

Admission to pumpkin patches, farm retail shops and playgrounds are usually covered with a single fee, but for an extra fee, visitors may … CONTINUED

The list of quarantined areas in the state is growing due to the Emerald Ash Borer an invasive pest targeting ash trees. The prohibition on the movement of ash trees and ash tree products is now effective in 59 counties.

Bedford, DeKalb, Lincoln and Van Buren were added due to the recent finding of EAB in traps placed by a USDA contractor. Cannon, Coffee, Grundy, Moore, Sequatchie, and Warren are quarantined because regulatory officials believe EAB is most likely present but hasn’t been detected so far.

EAB is a destructive forest pest that was introduced from Asia into the United States in the 1990s. It was first detected … CONTINUED

Despite scoring the games first touchdown and taking a 7-0 lead, the Warriors ultimately fell to the Cookeville Cavaliers 28 to 7 in high school football action.

Cookeville scored twice in the second quarter to take the lead at the break.

The Warriors were driving as time expired on the second quarter sending the teams into the locker room with the Cavaliers holding the 14-7 advantage.

Warriors lead Cavaliers after one

The Warriors recovered an onside kick to start the game agains Cookeville and turn it into a touchdown.

Jake Shockey’s touchdown run and Andrew Cantrell’s extra point were the only points of the first quarter.  Warriors lead 7-0.

“CRMC has been practicing our recommendations for many years,” said Krissy Hurley, Warning Coordination Meteorologist at US National Weather Service Nashville. “We recognize the great work that is already being done here.”

According to the National Weather Service, Americans live in the most severe weather-prone country on Earth. The StormReady® program helps arm America’s communities with the communication and safety skills needed to save lives and property – before, during … CONTINUED

Warriors and Cavaliers meet on the gridiron Friday

After opening Region 4-5A play last week against a Top Ten ranked 5A team, the White County High School football team hits the road for the first time this season for a match-up against another Top Ten ranked team.

The Warriors and Cavaliers, who are ranked #10 in the state, are set for another one of the many battles in the history of the two programs.

While this is not a region contest, it has a lot more bragging rights that go to the victor.

The WCHS Warriors and the Cookeville Cavaliers are one of, if not the state’s oldest rivalries. While the teams may not have been … CONTINUED

Two of the local sports teams were in action Thursday.

See Monday’s print edition for complete details of both contests.

He was the founder and owner of Brady Printing and Office Supply where he had been active for the last 55 years. He started the business after going to Linotype School to learn to operate a linotype machine, a print industry standard from the late 19th century to the 1980’s.

Mr. Brady was an antique car enthusiast and has been a member of many antique car clubs over the years. He … CONTINUED