Only a couple of the WCHS sports teams were in action Thursday.

The Warriorette soccer team was defeated 5-0 at Stone Memorial.

On Wednesday, the WCHS golfers competed in the Sun Drop Golden Classic at Willowbrook Golf Club in Manchester.  The Warriors finished tied for ninth with a 332 in the 14-team field. Tanner Bryant carded a 75 to pace WCHS.

The Warriorettes shot a 172, which gave them sixth place in the 11-team field.  Makenzie Morton led WCHS with an 85.

The Region 4-5A game against Rhea County will kick off at 7 p.m. at Warrior Stadium. The 1986-87 team that played the first-ever game in the stadium will be honored prior to the game.

The game was originally suspended earlier this week due to some issues at school with the football team pertaining to homecoming.

White County Director of schools, Kurt Dronebarger,  issued the following statement, “The White County School District takes pride in providing a safe learning environment that is free of discrimination and harassment. We took steps this week to investigate a … CONTINUED

The rides all begin at the Central Church of Christ parking lot, at 45 N. Main St., in downtown Sparta. Register the day of event, which is Sept. 24, 2016. Cost of the ride will be $20, with proceeds going to The Aaron Shafer Memorial Foundation.

Start of the ride will be 9 a.m., rain or shine. Water

Residents living in and around the Sparta can learn about their risk for cardiovascular disease, osteoporosis, diabetes, and other chronic, serious conditions with affordable screenings by Life Line Screening. North Sparta Church of God will host this community event on 9/8/2016. The site is located at 335 N. Spring St., in Sparta.

Screenings can check for:

Screenings are affordable, convenient and accessible for wheelchairs and those with trouble … CONTINUED 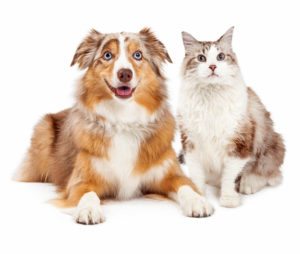 It is a convenient location, and the $2 parking fee, as well as any additional donations, will be donated to the Friends of White County Animals to enable the non-profit group to send Capt. Matt McBride, of Sparta Fire Department, to the Pet Tech Instructor Training Course, in November. Upon completion of the training, McBride will be a certified Pet Tech Instructor who can share his knowledge of Pet CPR, first aid and care … CONTINUED

This photo was sent to SpartaLive by a native White Countian. She is attempting to identify the men in the photo. The man who is standing on the far right is her grandfather, Henry Elbert Eller. She believes the photo may have been taken somewhere between 1914-1918. Please send any responses to kim@spartalive.com

Doyle’s Vintage Car Show will be Saturday, Sept. 3, 2016, at Doyle Community Center (includes cars, trucks and motorcycles). Registration will be 8 a.m. Entry fee is $10. Judging will be at noon. Vehicle choice awards. Special guest will be Hazzard Life, Shattered and Chico from Moonshiners. There will be food from Holy Cow Catering, fun, games prizes and a pin-up girl contest. A portion of the proceeds will benefit the Wounded Warrior Project.

The phone is my office rings. I picked it up and said, “Hello, Brian speaking.”  Immediately, I hear the caller speak with a voice that was calm but a little shaken.

“Hi, my name is Terry.  I have just gotten out of the hospital and am trying to get back to L.A.”  He continues, “I am a Christian and have turned my life around.  You see, I went to Baltimore to try to make amends with my family, but it didn’t work out.”

His voice got softer and more timid. He continues, “I have HIV, full-blown AIDS.  I have about five months … CONTINUED

After a one-month increase that affected every county in Tennessee, White County is back on a path of decreasing unemployment numbers, according to a report released by the Department of Labor and Workforce Development on Aug. 25, 2016.

The unemployment rate for White County in July 2016 was 5.3 percent, a slight decline from June’s rate of 5.4 percent.

It is also less than the rate at the same time last year, in July 2015, which was reported as 6.4 percent.

Before June, White County’s rate had been declining every month for five months, reaching the lowest rate of the year, 4.1 percent, in May 2016.

Economic impact of travel in Tennessee is looking up 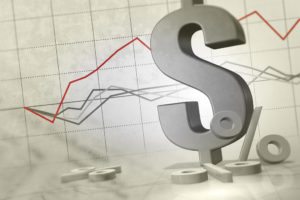 The Tennessee Department of Tourist Development has released a report on the Economic Impact of Travel in Tennessee in 2015, and the figures show positive gains in Tennessee, and White County.

The figures, compiled by the U.S. Travel Association, showed tourists spent $18.4 billion in Tennessee, a 3.7 percent increase over the previous year, compared to national growth of 2.1 percent.

This figure is an all-time high for the state.

Employment of tourism jobs was 157,000, a 2.9 percent increase, compared to national growth of 1.9 percent.

Payroll was $3.6 billion, a 6.1 percent increase, compared to national growth of 4.5 percent.

Tourism led to a total of … CONTINUED

The Sparta-White County Chamber of Commerce is currently active in growing their membership, and their revenue, through their annual membership drive and t-shirt sale.

Board members received an update on the membership drive and the t-shirt sales during the Aug. 30 meeting of the board of directors.

The drive kicked off Aug. 29, with a benefits package with approximately $5,000 in free advertising, and an opportunity to win in a giveaway of an Orion cooler valued at $299 during the first week of the drive (ending Sept. 2).

The drive and advertising benefits package end Sept. 29.
Last year, the membership drive brought in 43 members to the … CONTINUED 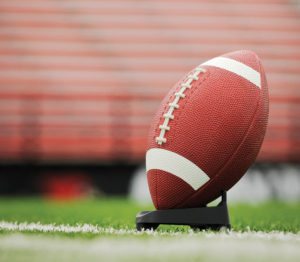 Allegations of preferential treatment toward White County High School football players have been flying on social media, following two alleged incidents in which football players reportedly engaged, who some parents and students have stated were not punished properly according to school policy.

The most recent incident, an alleged bullying attempt by some members of the football team, on Aug. 29, has garnered a great deal of vocal opposition by students and parents, leading to the reported cancellation of Friday’s football game against Rhea County.

Allegedly, the incident concerned the voting of the homecoming court, which occurred on Monday. The football team selects two students each from the freshmen, … CONTINUED