Daughters of the Confederacy 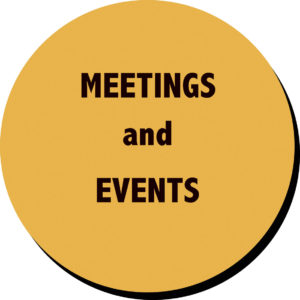 The United Daughters of the Confederacy, Captain Sally Tompkins 2123 will meet at noon, Wednesday, Nov. 2, 2016, the upper level of the Putnam County Library.  Please call (931) 738-5869 if you have a Confederate ancestor or further questions.

White County Conservative Republicans will have a regular monthly meeting at 7 p.m., Monday, Oct. 24, 2016, on the third floor of the White County Courthouse. Richard M. Salomon will be the guest speaker. Salomon retired, in 2010, from the FBI after a 26-year career. He worked on multiple criminal programs while a special agent. He will present a law enforcement’s viewpoint on national security “terrorism” concerns facing our country today.

Workers began the process this morning of setting the bridge in place that will connect South Carter Street Park to the opposite side of Calfkiller River and ultimately adjoining the walking trail. At approximately 7 a.m., the carefully calculated process began as an extraordinarily large crane lifted the bridge onto the piers. According to someone at the site, the first step was to lower the bridge to the piers to mark where bolts would be secured. Then, the bridge was to be lifted slightly into mid-air for a couple of hours, then once again lowered for the final installation. (Photos by KIM SWINDELL WOOD)

Tennessee Bureau of Investigation is calling all 5th graders from across the state to participate in the United States Department of Justice  2017 National Missing Children’s Day poster contest by entering at the state level for a chance to be selected as the national winner and awarded a free trip to Washington, D.C. The purpose of the contest is to demonstrate America’s united effort to bring missing children home safely, while highlighting the importance of proactive education programs.

With Medicare Open Enrollment in progress, the Tennessee Department of Commerce and Insurance reminds consumers that an unprotected Medicare card can expose them to identify theft and fraud.

“Efforts to fraudulently obtain and use a person’s Medicare number are all too common,” said TDCI Commissioner Julie Mix McPeak. “To protect against such fraud, we urge Tennesseans to treat their Medicare numbers as they would their credit card numbers.”

TDCI encourages consumers to follow these important fraud protection steps provided by the U.S. Department of Health and Human Services:

-Don’t share your Medicare number or other personal information with anyone who contacts you by telephone, email, or by approaching … CONTINUED

Who: Board Valley Free Will Baptist Church

Where: 640 Maughon Rd., behind Huddle House

In lieu of flowers, the family requests donations be made to the funeral home to help with funeral expenses.

Spencer Funeral Home is in charge of arrangements.

She was a retired pediatric nurse.

Mrs. Starnes was born Jan. 31, 1954, in Chattanooga, the daughter of Louis Fryer and the late Maxine Gallaway Fryer.

She was a member of White County Church of Christ. Her favorite hobby was spending time with her family.

A memorial service will be 2 p.m., Oct. 22, 2016, at Oak Lawn Funeral Home. Rick Duggin will officiate. The family will receive … CONTINUED

He was a retired New Jersey Bell Telephone technician and served his country in Korea with the U.S. Army.

Mr. Schmieder was active with his children, serving as a Boy Scout leader and a ball coach. He enjoyed woodworking and gardening.

He was preceded in death by his parents; a brother, Harry Schmieder; and a son-in-law, Raymond Davis.

Survivors include his wife of 57 years, Hilda … CONTINUED