A barn belonging to J.M. Passons was destroyed by fire this morning. No details are available at this time. (Photo is courtesy of Al Klee.)

Feast of Trumpets and Yom Kippur

Come join us for the Feast of Trumpets and Yom Kippur church services. Teachings by Restoration Ministries.

Children at Sparta Head Start are decorating pumpkins donated by Amazin’ Acres in preparation of their upcoming open house. Everyone is invited to attend, 1-4 p.m., Friday, Oct. 7, 2016. Come join the festivities, meet the Head Start staff, and enjoy the fellowship with the community.

On Oct. 4, TCAT Crossville attended White County High School College App Week. During the event seniors completed the TN Promise application and an application to at least one post-secondary institution of their choice. TCAT set-up and spoke to many students about attending college and the 15 programs available at the Crossville Campus.

Halloween on the Mountain to return Oct. 29

A new report from the Comptroller’s Office of Research and Education Accountability (OREA) explains how Tennessee’s investment of $105 million new dollars into school employee salaries does not necessarily mean larger paychecks for every teacher.

During the 2016 legislative session, the Governor requested, and the General Assembly appropriated, a significant amount of new money to invest in K-12 education through the state’s Basic Education Program (BEP) formula. One specific area of investment was in teacher salaries.

Because the BEP is a formula for funding education, rather than a spending plan, increases in state BEP dollars do not necessarily mean larger paychecks for every teacher. BEP spending decisions are … CONTINUED

“If you are not registered but want to participate in the Nov. 8th Election, Oct. 11th is the last day you can register in person at the Election Office. This includes voters who have moved to White County from another county in Tennessee or from another state.” said Dorcas Marcum, Administrator of Elections.

Voter registration forms are available at the Election Office on the second floor of the courthouse or online at http://sos.tn.gov/products/elections/register-vote.

As far as address changes go, Marcum said keeping your address up-to-date could prevent a delay in voting on Election Day.

“If you have moved within White County since you last voted, you will have … CONTINUED

Backdoor politics – A case of corruption and being above the law

No one is above the law! I grew up believing that. I want to believe it now, but over the course of the last several years, I have begun to question the truthfulness of that statement. My most recent cause for concern was the decision of Mr. James Comey, Director of the Federal Bureau of Investigation (FBI) not to seek the indictment and prosecution of Hillary Clinton for her serious violations of national security protocols and federal laws governing the protection and use of classified documents/information and sensitive intelligence data. Per my sources, Mr. Comey … CONTINUED 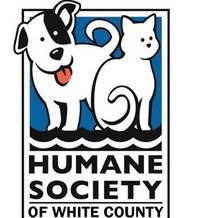 August was a very busy month for the White County Humane Society (WCHS.) Lots of people responded to our offer to Spay/Neuter pets free of charge, and we ended up funding 96 surgeries, bringing our total for 2016 to 377. Our transport on September 8th was also a big success. Twenty-two pets were transported to Paul’s Clinic in McMinnville, and an additional five dogs were taken over by their owner. We’re scheduled to sponsor another transport on October 20th. Call 935-8377 if you’d like to take advantage of this opportunity.

Please stop by our booth at the Million Dollar Mile Yard Sale on October 1st. In addition to … CONTINUED

Wood and Dunn to wed Oct. 8

Hannah Bobette Wood will become the bride of Ricky Chadwick Dunn, on Oct. 8, 2016, in a ceremony planned to take place at the Big Red Barn.

The bride-elect is the daughter of Jay and Kerri Wood and the granddaughter of Kenneth and Barbara Campbell and Bernard and Phyllis Wood.

Chad is the son of Ricky and Kim Dunn and the grandson of Loyd and Barbara Dunn.

Hannah is a 2013 graduate of Warren County High School and a current Motlow State Community College student. She is majoring in nursing and will graduate as an RN, in May 2017.

Chad is a 2012 graduate of White County High … CONTINUED

Samantha Denise Farley, 30, of Walling, has been recently indicted by the Cumberland County Grand Jury for criminally negligent homicide in the death of her 7-year-old son, Tyler Frederick McBride.

Farley was arrested and made her first court appearance, on Sept. 16, 2016, in Cumberland County.

The charge stems from a Jan. 25, 2016, incident, in which Farley and her husband, who was the child’s stepfather, had allegedly left four children in their vehicle unattended while they went into the Verizon Wireless store, on U.S. 127, to pay their bill. Farley’s purse, which contained a loaded gun, was also in the vehicle, according to District Attorney General Bryant … CONTINUED