Warriors lead at half

The Warriors are ahead 39-34 at half against Cairo High School. The Warriors are led in scoring by Pierce Whited with 11 points. Jared Carter and Saylor Wilson have both chipped in 9 points.

Warriors tied at the end of 1st quarter

At the end of the first quarter the Warriors are all tied up at 19 apiece with Cairo High School.

Members and former members of the Livingston National Guard, including their spouses, will have a reunion at 6 p.m., Jan. 14, 2017, at the Livingston Armory. Please bring a covered dish for the event. Come see people you haven’t seen in years and enjoy the food and fellowship.

Anticipation and high expectations for the New Year

Christmas is over, and I hope everyone had a good holiday. The New Year is just around the corner, full of anticipation and expectations of brighter days. For the sake of everyone, in our country and the world, I do hope brighter and better days are ahead of us. I sincerely hope that resident-elect Donald Trump will amaze us with his foresight, intelligence and willingness to take the job of being president of the United States seriously.

I was concerned about his approach to the job, even before he was elected. I watched him in interviews, and he really did not seem to … CONTINUED 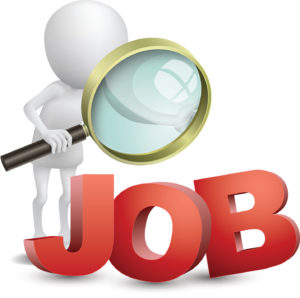 The latest figures released by the Tennessee Department of Labor and Workforce Development show modest improvement in White County’s unemployment over the previous year, though a slight dip from the previous month.

Brandon Starkey, a White County resident, graduated from the Tennessee Law Enforcement Training Academy, on Dec. 22, 2016, at a ceremony held in Hermitage.

Starkey is a deputy with the Van Buren County Sheriff Department, where he has been employed since May.

The ceremony culminated 12 weeks of training and was made even more special by the presentation of his graduation certificate by his father, Mike Starkey, who is a police officer with the McMinnville Police Department.

Brandon Starkey was one of more than 90 law enforcement officers graduated from TLETA on Dec. 22.

“The choice to pursue a career … CONTINUED

The first occurred on Dec. 13, 2016. According to a warrant prepared by Deputy Jacob Duke, at approximately midnight, on Dec. 10, Duke reported that he was following a red Pontiac, on Charles Hennessee Road, pacing it at 65 miles per hour in a 45 miles per hour speed zone.

Duke stated that he then activated his lights and siren in an attempt to conduct a traffic stop on the vehicle.

According to Duke, the vehicle sped up in an alleged attempt to flee law enforcement.… CONTINUED

‘Tis the season for giving

The Christmas season often brings out the giving spirit in people, and this year, an abundance of generous White County residents have helped their neighbors through food and clothing drives.

Derrick Coble, minister at West Sparta church of Christ, says his congregation has set a goal to complete a different act of kindness each month of the year.

For December, Coble says their goal was to help the community, and at this time of year, there is a great need for warm clothing and coats.

The congregation undertook the challenge and came together … CONTINUED 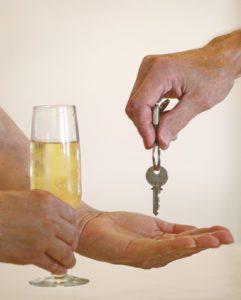 Tennessee Department of Safety and Homeland Security has announced a reminder that the Tennessee Highway Patrol will be out in force during the holiday season to ensure travelers reach their destinations safely. State troopers will focus their attention on impaired driving and seat belt usage during the holiday, began at 12:01 a.m. on Friday, December 23, and ending at midnight on Sunday, December 25.

During the 2015 Christmas holiday, 19 people were killed on Tennessee roadways in 15 fatal crashes. Alcohol was involved in 42 percent of the fatalities and 10 of the 16 vehicle occupants killed were not wearing seat belts. One of the fatalities was a … CONTINUED

Jannie Joyce Slatton Price, 83, a long-time resident of Doyle, passed from this life, on Dec. 21, 2016, at her residence, surrounded by family and friends.

Mrs. Price was a devoted member of Gum Springs Baptist Church where she served as pianist for many years. She also enjoyed playing the piano in a quartet  with her father. Joyce was a homemaker and enjoyed helping her husband on their farm. She was an avid gardener and enjoyed working in her flower gardens. One of her favorite activities was being a member … CONTINUED