WCTE nominated for an Emmy 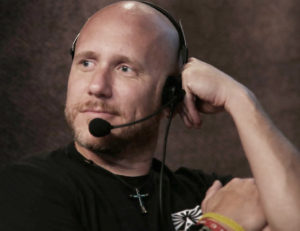 WCTE’s beloved series, Discover the Upper Cumberland has been nominated for an Emmy Award for its fan-favorite segment on Grassy Cove located in Cumberland County. This segment was produced by WCTE’s very own, Craig Gray. The winner will be announced Jan. 21 at the Midsouth Regional Emmy Award Dinner in Nashville. WCTE will air the awards live on WCTE-TV and World-TV at 8 p.m. so that the entire Upper Cumberland can join in on the anticipation.

“Nature is the best office to work in,” says Craig Gray when looking back at the June 2016 segment that allows viewers to explore the hidden treasure … CONTINUED

Have a kit – make a plan for winter conditions 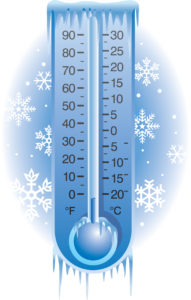 Extra precautions required for health and safety in winter weather

Freezing temperatures, ice and snow are all possible in the coming weeks. Taking some time now to plan and prepare for the impact of colder weather could help you be safe and healthy when winter offers its worst said Andrea Fox, director of the White County Health Department and Community Health Center.

“One of the most important elements for winter safety is a friends and family communication plan,” Fox said. “By sharing plans for travel, times we’ll be outside or if we have a problem with a home heating system, we can help protect ourselves and others from … CONTINUED

Mr. Evans served in the U.S. Army, stationed at Redstone Arsenal, in Huntsville, Alabama, and later traveled to Mainz, Germany, during the Vietnam War, where he was an instrument repairman. Upon returning from service, he was employed in Connersville with Ford Electronics and Refrigeration, where he retired from more than … CONTINUED

She was preceded in death by her parents and her husband, Jack L. Willard

The family would like to thank all the health care professionals in the Upper Cumberland area that helped Mrs. Willard through … CONTINUED

She was born March 5, 1924, in Kent, Connecticut, to Steven Wheeler and Edith Julia Chase.

She was preceded in death by her parents; brothers, Norman, Lester, Wilbur, Jason and John Chase; and sisters, Edith Egbert, Charlotte Stuart and Ada Moore.

Thurman Funeral Home is in charge of the arrangements.

He was preceded in death by his parents and a nephew, Noland Jax Frazier. 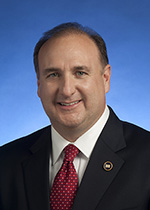 (NASHVILLE), Jan. 12, 2017 – State Senator Paul Bailey (R-Sparta) has been appointed Chairman of the Transportation and Safety Committee in the Tennessee Senate. The announcement was made by Lt. Governor Randy McNally as the 110th General Assembly concluded their organizational session in Nashville this week.

“Senator Bailey is immensely qualified for this important role in the State Senate,” said Lt. Governor McNally. “The health of our transportation system is key to Tennessee’s economic health and I have confidence that he will be a great asset to Tennesseans at the helm of this committee.”

The Senate Transportation and Safety Committee is … CONTINUED

Toys donated to library in memory of Jim Grainger

The legacy of Jim Grainger, who passed away on Nov. 19, 2016, lives on, not only through the memories of his friends and family, but also through a donation of toys made in his memory to the White County Public Library this morning. A ribbon cutting ceremony was held at the library as they accepted the donation this morning. Grainger’s family was present for the event, and cut the ribbon during the ceremony.