Here are the Girls and Boys Brackets For Region 3A and Region 3AAA. 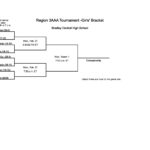 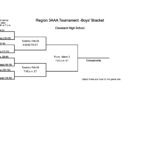 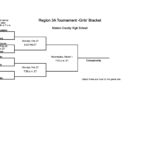 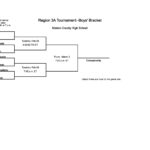 The 13th Judicial District Recovery Courts, which encompasses White County, has announced that six participants will graduate from the Drug Court (three graduates) and Veterans Treatment Court Programs (three graduates). The Drug Court and the Veterans Treatment Court Programs are a court-supervised, comprehensive treatment programs for non-violent felony and misdemeanor offenders. The programs consist of a minimum of one to two years of treatment, which may involve inpatient, residential, and outpatient treatment, or a combination of any of the above. There are four phases of treatment designed to help break the pattern of drug dependency and arrest. Completion of these phases takes a minimum of one year. Participants … CONTINUED

The White County Middle School Baseball team will be hosting a Middle School Baseball Round Robin Tournament Today, Friday, and Saturday. The Tournament will be split into two pools with four teams in each pool. The teams in Pool A include White Co., Walter J. Baird, Prescott, and Cumberland. In Pool B the teams included are Algood, Overton Upperman, and Stone. There will be a game played at both the Babe Ruth Field at the Fairgrounds and The White County High School Baseball Field. There are two scheduled games for today and two tomorrow on both fields, and Saturday they will finish up the pool play games with … CONTINUED

The Van Buren County High School Eagles and Eaglettes  1st Round Region games will both be played on Saturday night February 25th against Boyd Buchanan. The Eaglettes will play first starting at 5:30 p.m. and the Eagles will follow playing at 7 p.m.

Numerous peaceful protesters have gathered this morning at US Representative Diane Black’s field office in Cookeville. The protest has been organized by a group called Indivisible TN 6. Protesters have brought a list of formal concerns in regards to immigration, affordable healthcare, and others. Staff with Diane Black’s office are working to hear all of their concerns. Further details will be updated as the protest and discussions are currently ongoing.

I am searching for a church – which one is right?

Nothing can be more confusing than to drive around looking for a new church to connect with. Nearly on every corner, there is a type of “church.”   One may question: Why so many? Why so many of the same type of church? Who is right? Who is wrong? Can all of them be right or wrong?

When one is searching for a church, there is more than just seeing what types of “programs” they offer. However, “programs” can be a starting point to reaching and connecting with those who are seeking to better themselves, their children, or the entire family.

Heading back into Gatlinburg, on Cherokee Orchard Road, from the Great Smoky Mountain National Park, our hearts were overflowing, and our heads were spinning. We had spent hours cruising and taking in the devastation to human structure and divine creation. Our minds were filled with a combination of disbelief, awe, sadness and unanswered questions. “Why?” was the first word in most of those questions.  It was a few weeks past, and a few weeks had passed since the fires had swept through Sevier County.

As we headed toward the Parkway, we tried to clear our … CONTINUED

The U.S. is not a democracy, Part III

Language of Liberty: By By Mark Herr, Center of Self Governance Administrative Staff

A little-known figure, Mrs. Eliza (Elizabeth) Powel, had the historic exchange with Benjamin Franklin when he said to her, “Madam, we have given you a republic, if you can keep it,” at the conclusion of the 1787 U.S. Constitutional Convention. Keep this in mind: If the U.S. architects had produced a democracy, Eliza, as a woman, wouldn’t have had a voice at all. She could not vote or hold public office, yet she kept her republic. So how did she keep it?

Interestingly, Dr. Franklin did not counsel her how to ‘keep’ the U.S. republic. … CONTINUED

February may be the shortest month of the year, however it isn’t short of the number of national causes that are observed this month.

One such cause that is celebrated this month is the National Children’s Dental Health Month.

Over the course of several years, the single-day observance developed into a month long event by 1981. The goal of NCDHM is to raise awareness about the importance of oral health, … CONTINUED 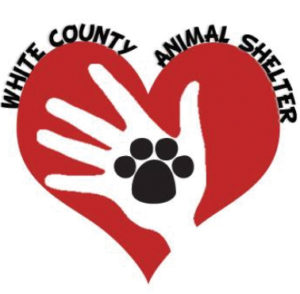 Recently, the White County Animal Shelter expressed it is running low on some much-needed supplies at their shelter.

The animal shelter depends greatly on generous donations from the community.

If anyone would like to help, there are several items that the shelter is specifically seeking. They are in need of dry dog food (adult), liquid (high-efficiency) laundry detergent, bleach, and white vinegar. Donations are now needed but also throughout the year.

The shelter has established three convenient drop-off locations, one in Cookeville, at the Country Giant/Kiss Broadcast Complex, at 698 South Willow Ave. Also in Sparta, donations can be brought directly to the shelter at 5600 Gum Springs … CONTINUED