After one quarter of play, the Eagles garnered an early 23-16 lead late in the quarter, … CONTINUED

The White County Middle School Warriorettes finished off their season sweep of Franklin South on Thursday night with a 15-0 win.

The Warriorettes scored one run in the first, 12 runs in the second and two runs in the third to win by a final score of 15-0.

Sarah Parker got the start for the Warriorettes. She worked three innings giving up only one hit and … CONTINUED

Admission is FREE for all veterans from all branches of service – active duty, reserves and retirees. Pre-game festivities start at 3:45 p.m., followed by the game at 4 p.m.

Activities that night include: Dr. Charles Mitchell, of Sparta, a World War II veteran, will be throwing out the first pitch; the WCMS Chorus will provide the National Anthem; Sgt. Kris Gore, of the Tennessee National Guard, will be raising the flag; and all veterans will be invited onto the … CONTINUED

The modern definition of the term “appointed” is simply stated as: to decide or establish something (m-w.com). Thus, one may talk about an “appointment” (a time for meeting that has been decided) or being “appointed” to do a certain work (a decision has been made based on a person’s capability). This definition is somewhat related to the New Testament usage of the term; however, there are at least four different Greek words used which the KJV translates as “appoint” or “appointed.”

A Kingdom (Luke 22:29) – Jesus told the apostles, “And I appoint (diatithemai) unto you a kingdom.” The term, … CONTINUED

Mountain movers have an attitude of gratitude

Jeremiah tells us, “Behold, I am the LORD, the God of all flesh: is there anything too hard for me?” In Matthew 19:26 Jesus said, “… With men this is impossible; but with God ALL things are possible.” Do you believe that? We have limitations as humans but God has no weakness, no ability to fail. Our biggest weakness as humans is losing faith, therefore losing gratitude, and it affects our attitude. Jesus tells us to have faith like a tiny mustard seed, and we can move mountains. The mustard seed illustrates powerful potential, not small size. Just as a … CONTINUED

Who knew healthcare insurance was so complicated?

I’m pretty sure most adults know healthcare insurance is complicated. If you have read any kind of insurance policy to determine if it would be beneficial for you and/or your family, I am sure it was somewhat confusing as to what will or won’t be covered. Health insurance is even more complicated primarily because of all the healthcare issues that may or may not occur. I don’t blame Mr. Trump for thinking it would be a simple process to repeal and replace the Affordable Care Act. He, like the rest of Americans, figured the Republicans in Congress who had been trying to … CONTINUED

Obama – subversive and would be traitor!

When former President Barrack Obama boarded a government airplane and headed west, on Jan. 20, 2017, after witnessing the swearing in of Donald Trump as our new president, many Americans hoped they would never see him or hear his name and voice again. During eight-year reign, this far-left leaning, anti-American, pro-Muslim, imperialistic despot did what no foreign enemy had been able to do since its founding. He left our country vulnerable and positioned for a hostile takeover by radical anti-American extremists and their brainwashed minions within our country and/or by one or more of … CONTINUED 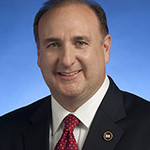 Senate Committees advanced a number of important bills this week, including the Tennessee Broadband Accessibility Act which proposes a responsible path to improve access to broadband through investment, deregulation, and education. Senate Bill 1215 would spur deployment in rural unserved areas, opening them up to economic investment and job growth.   This is a very important bill to our rural communities.

Tennessee currently ranks 29th in the U.S. for broadband access, with 13 percent of the state lacking accessibility. While only two percent of the state’s urban citizens lack access, 34 percent of rural residents are without coverage at recognized minimum standards due to low population … CONTINUED

President Donald Trump made a historic visit to Tennessee, on March 15, 2017, as he made a stop at the home of Andrew Jackson in observance of the 250th birthday the former president who was known as “Old Hickory.”

After President Trump laid a wreath upon Jackson’s tomb and paid his respects, he traveled to downtown Nashville to the Municipal Auditorium to hold a rally. It was reported the main purpose of the event was to speak about the issues of healthcare and school choice. The Expositor was in attendance at the rally.

School choice and healthcare were indeed some of the talking points of President Trump’s rally.… CONTINUED

Fun and educational activities to experience during spring break

White County Schools will be closed during the week of March 20-24 for spring break.

Some families will utilize this time to travel to visit family and friends or they may take a vacation. However, for those who are looking for fun activities to do but wish to stay local, the options are boundless.

Contract for stump grinding placed on hold by city officials 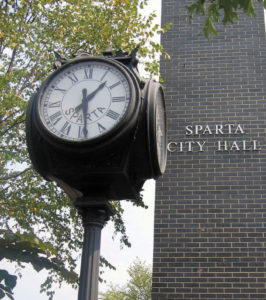 Sparta Board of Mayor of Aldermen held its regular meeting March 16, 2017, which highlighted a deep discussion on the approval of a stump-grinding bid that was placed on hold.

The stump-grinding contract traditionally serves as a one-year contract and is rebid annually. Last year, Ronnie Roberts was awarded and fulfilled the contract for stump grinding services. However, this year the lowest bidder was England Diesel, whose bid was 30 cents cheaper per inch than the next closest bid.

Alderman Jim Floyd questioned if England Diesel could perform the services required. According to a report given during the meeting, England Diesel appears to have all the necessary equipment … CONTINUED

Allie Parsley, 78, of Sparta, passed away this morning at her residence.