Warriorettes finish off week winning 3 out of 4

On May 1, Maggie Savage didn’t allow a single run and only allowed one hit, as the Warriorettes defeated Jackson … CONTINUED

Warriors get swept by Cookeville to finish off their regular season

The White County High School baseball team finished off its regular season on May 1 and May 2 when they traveled to Cookeville to take Cookeville High School. On May 1, the Warriors lost the lead early and couldn’t recover, losing 11-2 to Cookeville. On May 2, the Warriors and Cookeville were locked in a pitcher’s duel, with neither team being able to score until the fourth inning. White County would strike for two runs in the fourth inning, and Cookeville would get one in the bottom of the fourth and two in the bottom of the fifth to win by a final score of 3-2. 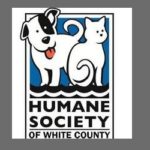 March was another busy month for the White County Humane Society. We funded a total of 59 spay/neuter surgeries, bringing our total for 2017 to 112. Our transports to Paul’s Clinic continue to be popular. Thirty-one animals made the trip to McMinnville on April 13th. Our next transport will be held on May 11th. We’re limited to seven dogs and 23 cats on this trip, so please call early to reserve a spot. Cost is $10.00 per pet.

Thanks to everyone who stopped by our booth at Earth Day on April 15th.   Our friends from the Pals of Pooches at the White County Animal Shelter along with the … CONTINUED

Are you full of compassion?

Senator John McCain was a P.O.W., in North Vietnam, at the prison called the Hanoi … CONTINUED

Mothers have a special relationship with their children. There is a bond of love, care, concern and nurture that should always radiates from mother to child. In return, children should have the same relationship with their mother. There should be a sense of honor toward her (Eph. 6:2), obedience (Pro. 6:20), and blessings rather than cursing (Pro. 20:20) mimicking the relationship that Mary had with Jesus and her other children. Thus, mothers ought to be holy like Mary. She wasn’t anyone special—just a poor and humble lady from Nazareth who was worthy of praise because of her godly life. … CONTINUED

This week’s action on Capitol Hill was highlighted by passage of a number of important initiatives as lawmakers continue discussions on the state’s budget.   These bills include major legislation aiming to protect elderly and disabled Tennesseans.

Elderly Abuse – Senate Bill 1230, called the “Elderly and Vulnerable Adult Protection Act,” codifies elder and vulnerable adult abuse and exploitation by creating class C and D felonies for those found guilty of committing these crimes and requires state agencies to submit offenders’ names to the Tennessee Department of Health’s Abuse Registry or local law enforcement. The measure was heard in the Finance Committee where further action … CONTINUED

Now is not the time to ignore the rumblings

The past week has brought forth several issues that “We the People” can no longer ignore. Whether you align yourself with any political party or not, the current rhetoric coming from the White House and Congress should cause every American some concern. The comments made by Mr. Trump about our Constitution, the one he promised to uphold, and his admiration for dictators, have been made in the past. The majority of us pushed aside those concerns, thinking he couldn’t not be serious. In my opinion, we can no longer afford to believe that.

The signs of Trump’s lack of understanding of our … CONTINUED

North Korea – Birth and evolvement of an outlaw state

Part One: North Korea and its psychotic 33-year-old leader, Kim Jong-un, presently dominate world news headlines with threats of nuclear war. South Korea, Japan and the United States are North Korea’s traditional detractors and priority targets, but no nation is safe with this lunatic and his fanatical advisors at the helm of this outlaw state. The current situation is reminiscent of the Cuban Missile Crisis. I sense the same worldwide concerns, tensions and feelings of impending disaster. Thanks to President Donald Trump, China has put pressure on North Korea to cease its antagonistic rhetoric … CONTINUED

Cookeville City Council was busy during its May 4, 2017, meeting approving a wide range of contract bids, as well as approving the first reading for two ordinances that would amend city codes for hospice zoning and a redevelopment area overlay zoning for a property that is now a mobile home park.

Under the old business section of the agenda, city councilmen considered the final reading of a city ordinance that would amend the general sign regulations to allow advertisements on taxi cabs. One Cookeville resident did voice his concern about this amendment.

High-speed pursuit causes WCMS to be placed on lockdown

A high-speed pursuit that originally started in Putnam County crossed into White County and ultimately ended in Monterey.

Approximately 31 constituents from across the Upper Cumberland gathered last Thursday to hold a healthcare candlelight vigil in response to the U.S. House passing legislation aimed at repealing the Affordable Care Act.

On May 4, 2017, The United States House of Representatives narrowly passed legislation to repeal and replace major parts of the Affordable Care Act. This has been a top campaign promise by many Republicans, including U.S. Representative Diane Black. Congressman Black represents the 6th U.S. Congressional District, which includes White County.

The Patient Protection and Affordable Care Act was originally passed and signed into law under President Barack Obama’s administration, in March 2010. Ever since the … CONTINUED

City board approves TDOT project that was previously rejected

During the Sparta Board of Mayor and Aldermen’s May 7 meeting, two items were addressed that were not listed on the agenda.

The first item was a proposal made by the Tennessee Department of Transportation that would rework an interchange at State Highway 111 and State Route 26 (Bockman Way).

As previously reported, this proposal was discussed during the March 2, 2017, board meeting. According to the TDOT proposal, a traffic study had been conducted on the intersection, which indicated that a redesign was necessary to correct safety concerns. TDOT has developed a plan to redesign the intersection and place traffic lights at the Highway 111 northbound exit … CONTINUED