The Warriors lead the Signal Mountain Eagles 29-12 at the half. Grant Slatten leads all scorers with 13 points.

Warriors lead at the end of the first quarter

The Warriors lead the Signal Mountain Eagles 11-7 at the end of the first quarter.

Warriorettes lead at the end of the 3rd quarter

The Warriorettes extended their lead and are up 44-26 heading into the 4th quarter.

Warriorettes lead at the half

The WCHS Warriorettes lead Signal Mountain 27-19 at the half. Hannah Leftwich leads all scorers with 9 points.

The White County Republican Party meets at 7:00 pm on Monday, November 27, 2017 in the Commission Chambers on the 3rd floor of the White County Courthouse.

Come meet with fellow Republicans to learn about and discuss issues important to our local community, our state and our nation.

The White County Republican Party will hold a Caucus (Nomination Convention) on Monday, January 22, 2018 at 7:00 pm at the Sparta Civic Center.

Voter Qualification & Credentialing begins at 5:00 pm and will continue until closure, prior to the vote.

Voters and those offering nominations must be White County bona fide Republicans per TNGOP Bylaws and Rules, and … CONTINUED 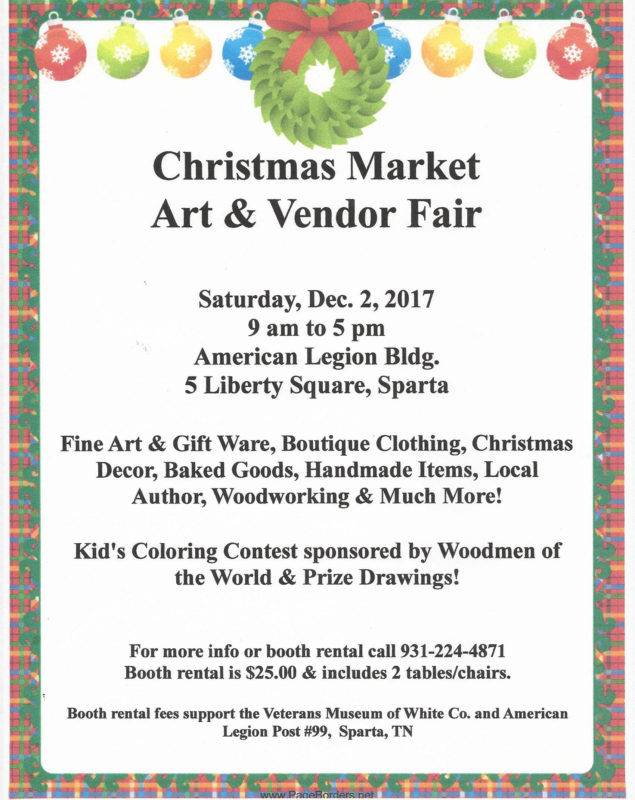 She was a wonderful person, wife, and mother.

She was preceded in death by her parents; a son, Jeremiah Jones; and a brother.

Hunter Funeral Home was in charge of

She was a caregiver.