Joseph Daniel Redmon, 27, of Sparta, unexpectedly went to be with the Lord, on Dec. 23, 2017. He passed away, in Washington, after a sudden illness.

Mr. Redmon was born Aug. 8, 1990, in McMinnville, to Melissa Redmon and John Redmon.

James Keith Dodson, 68, of Sparta, departed this life while at Saint Thomas Highlands Hospital, on Dec. 21, 2017, and went to be with his Lord and Savior Jesus Christ.

He was a woodworker and built furniture. He was an avid Atlanta Braves fan.

Mr. Davis passed away at his home, in Spencer.

Mr. Davis worked as an engineer at a copper factory, in Ohio, for 10 years. He moved back to Van Buren County to pursue his lifelong dream of farming, which he continued until 2011. He served on the board of directors for the Van Buren County Farm Bureau for many years.

He was preceded in death by his parents, Pike and … CONTINUED

The Upper Cumberland Human Resource Agency would like to remind those who receive assistance through the Temporary Emergency Food Assistance Program, known as Commodities; it is time for re-certification of their commodities card. With 2018 deliveries right around the corner, it is very important for recipients to re-certify their commodity card with their local county offices prior to the first pick-up date.

If you think you or someone you know qualifies for this program, please contact the UCHRA office in your county for more information.

Cookeville Police Department and the Putnam County Sheriff’s Office will offer free safe rides home to Putnam County residents between the hours of 10 p.m., on Dec. 31, and 2 a.m., on Jan. 1. Law enforcement statewide will be conducting sobriety checkpoints as usual, but to cut down on the number of automobile accidents and DUI arrests in this area, CPD and PCSO will be offering free sober rides home. Cookeville Police Department will take care of calls made within Cookeville city limits, and the Putnam County Sheriff’s Office will attend to all other sober ride requests made within Putnam County.

“Our goal is to make sure that … CONTINUED 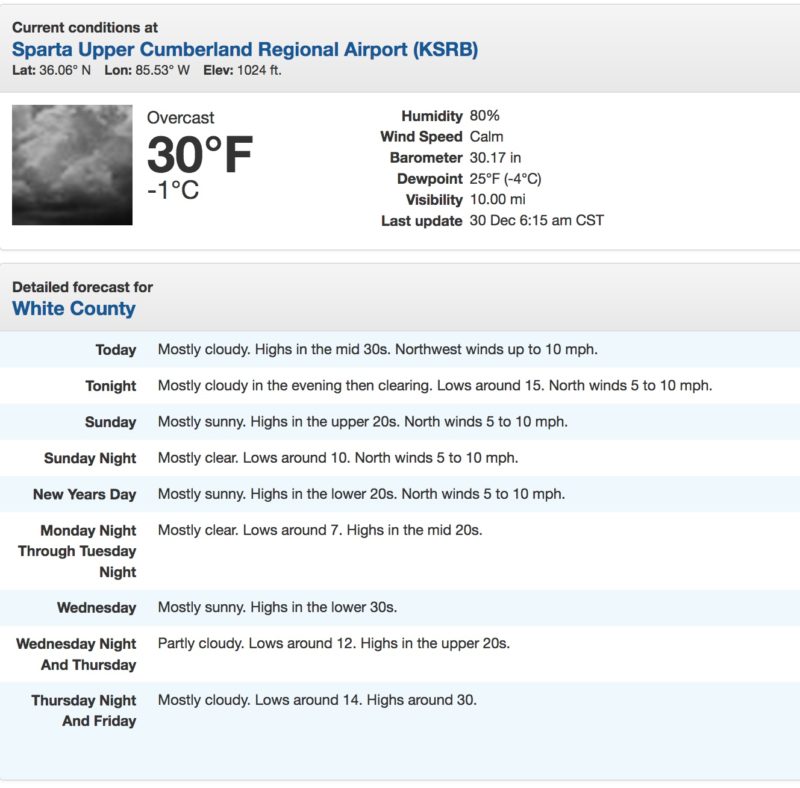 Two arrests, 150-plus pounds of marijuana seized in multi-agency operation in Crossville

A joint operation by several law enforcement agencies has resulted in the arrest of two individuals accused of trafficking a large amount of marijuana into Tennessee.

According to a press releases issued by the Tennessee Bureau of Investigation, on Dec. 28, 2017, authorities received information about a scheduled delivery to the Crossville Municipal Airport. Upon arrival, law enforcement officers discovered a small plane on the tarmac and its pilot, Dennis Howard Bonneau (DOB 12-20-70). In searching the plane, authorities discovered approximately 66 pounds of pharmaceutical grade marijuana inside the aircraft. Agents also encountered a woman inside the airport’s lobby, identified as Erin Elizabeth Reed (DOB 3-7-83), who was … CONTINUED

In a landmark event for the Tennessee National Guard, Tennessee’s new Volunteer ChalleNGe Academy graduated its inaugural class on Dec. 16, 2017.

The ceremony, held on the TNVCA campus in Nashville, honored 23 cadets who achieved their high school diploma, their HiSet certificate, or sufficient credits to go back and finish high school.

Gov. Bill Haslam gave the commencement remarks, complementing the Cadets on their achievement and encouraging them to take what they gained while at the academy and build for the future. The Cadets represent 16 Counties in Tennessee, from Shelby in the West to Sevier in the East.

The TNVCA is a program for Tennessee youth, … CONTINUED

Airflow Heating and Cooling recognized as “Member of the Month” 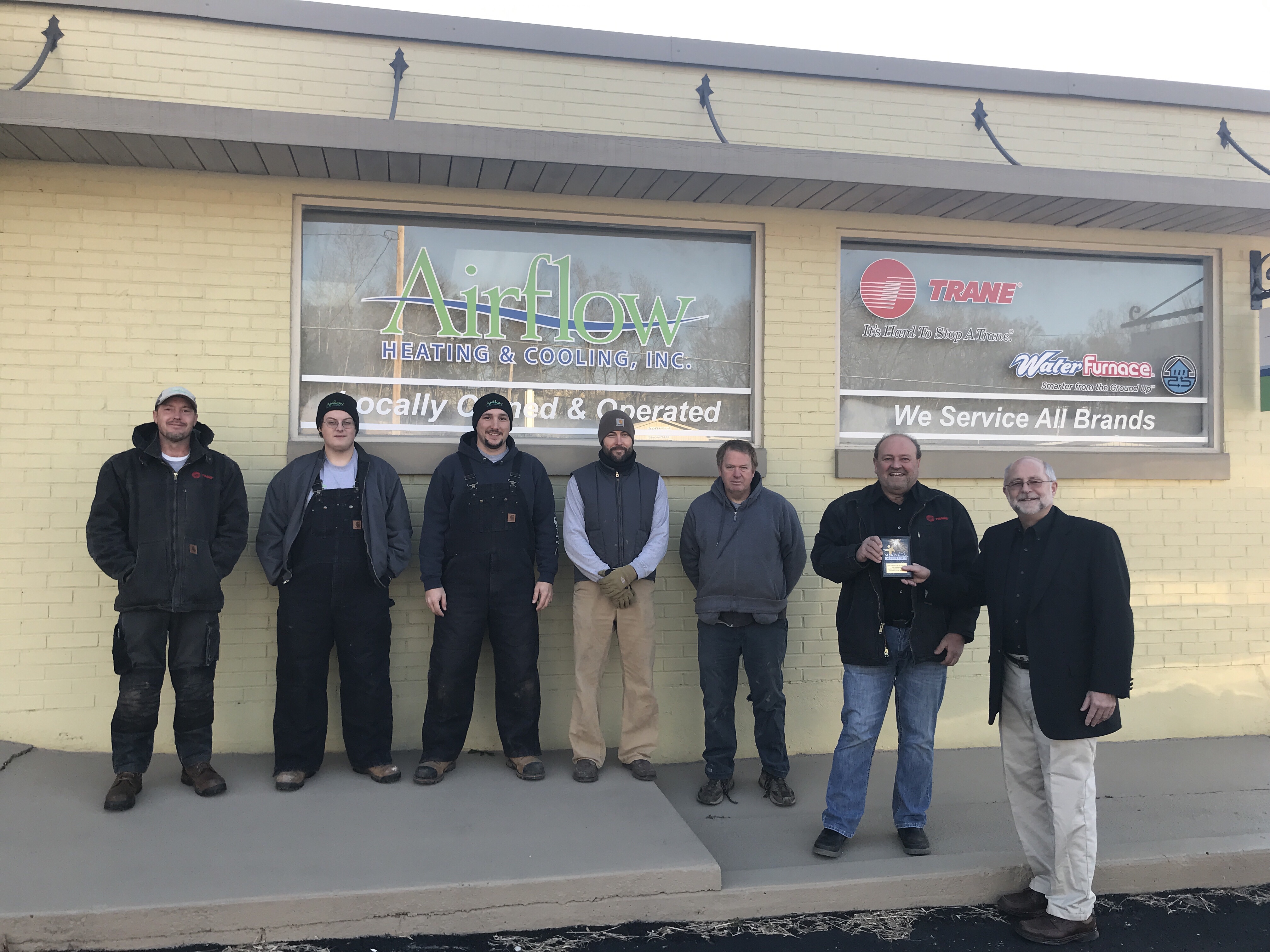 Airflow Heating and Cooling staff members, along with owner Robert McCormick, were recently announced and recognized as the Sparta-White County Chamber of Commerce “Member of the Month”.

Sparta-White County Chamber of Commerce President Marvin Bullock presented a plaque to McCormick and his staff in recognition of their commitment and service to the community. The chamber would like to congratulate Airflow Heating and Cooling on being the member of the month. 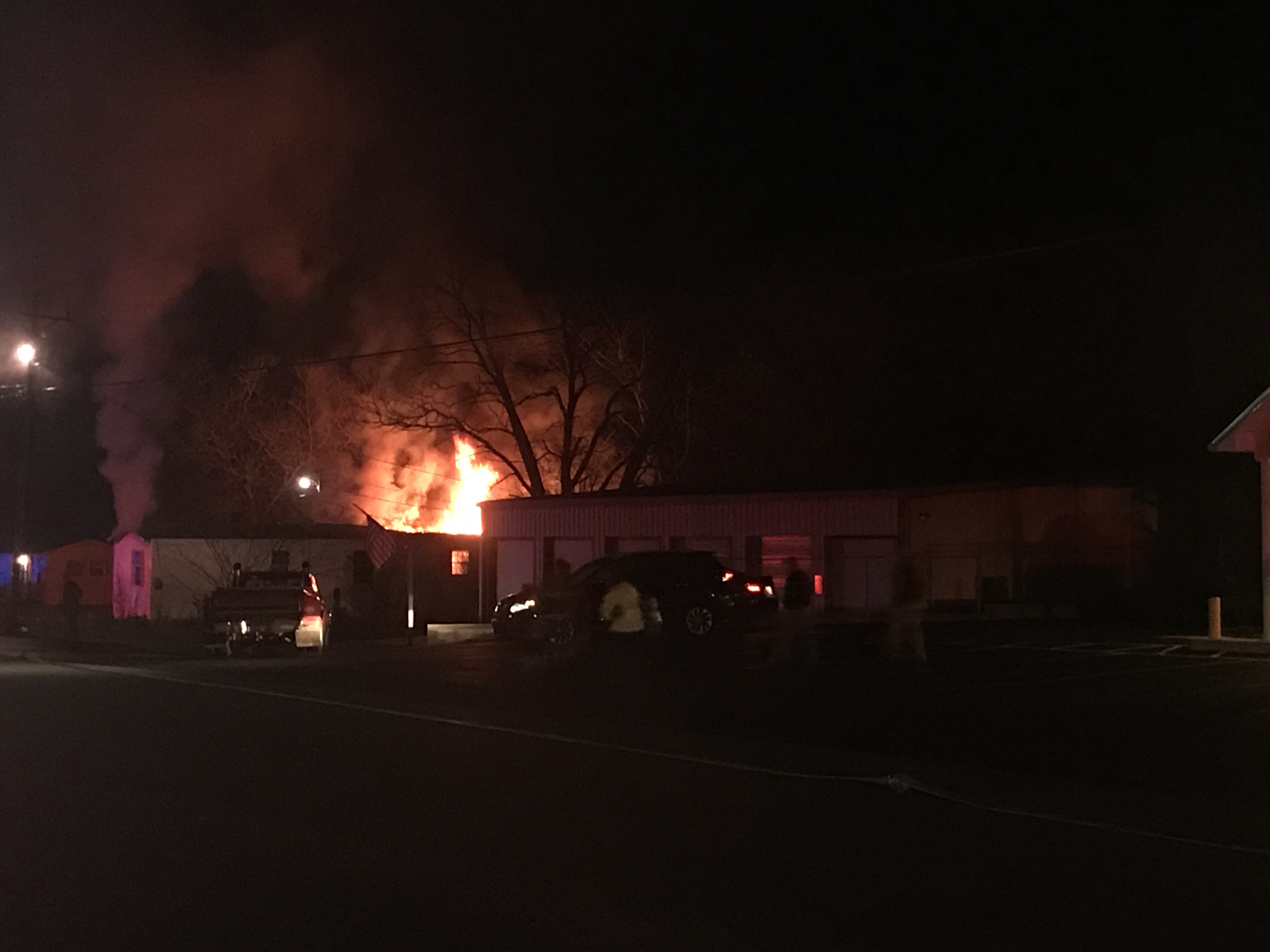 Emergency responders have been dispatched to a structure fire on Roberts Matthews Highway near the O’Connor Utility District office.

At approximately 8:03 p.m., emergency services were dispatched to the scene of a single wide structure fire. Firefighters are actively fighting the structure fire as of 8:30 p.m..

Roberts Mathews Highway has been shut down at the Walnut Grove Rd and Roberts Matthews Highway intersection while emergency responders are on the scene.

See an upcoming edition of The Expositor for further details. 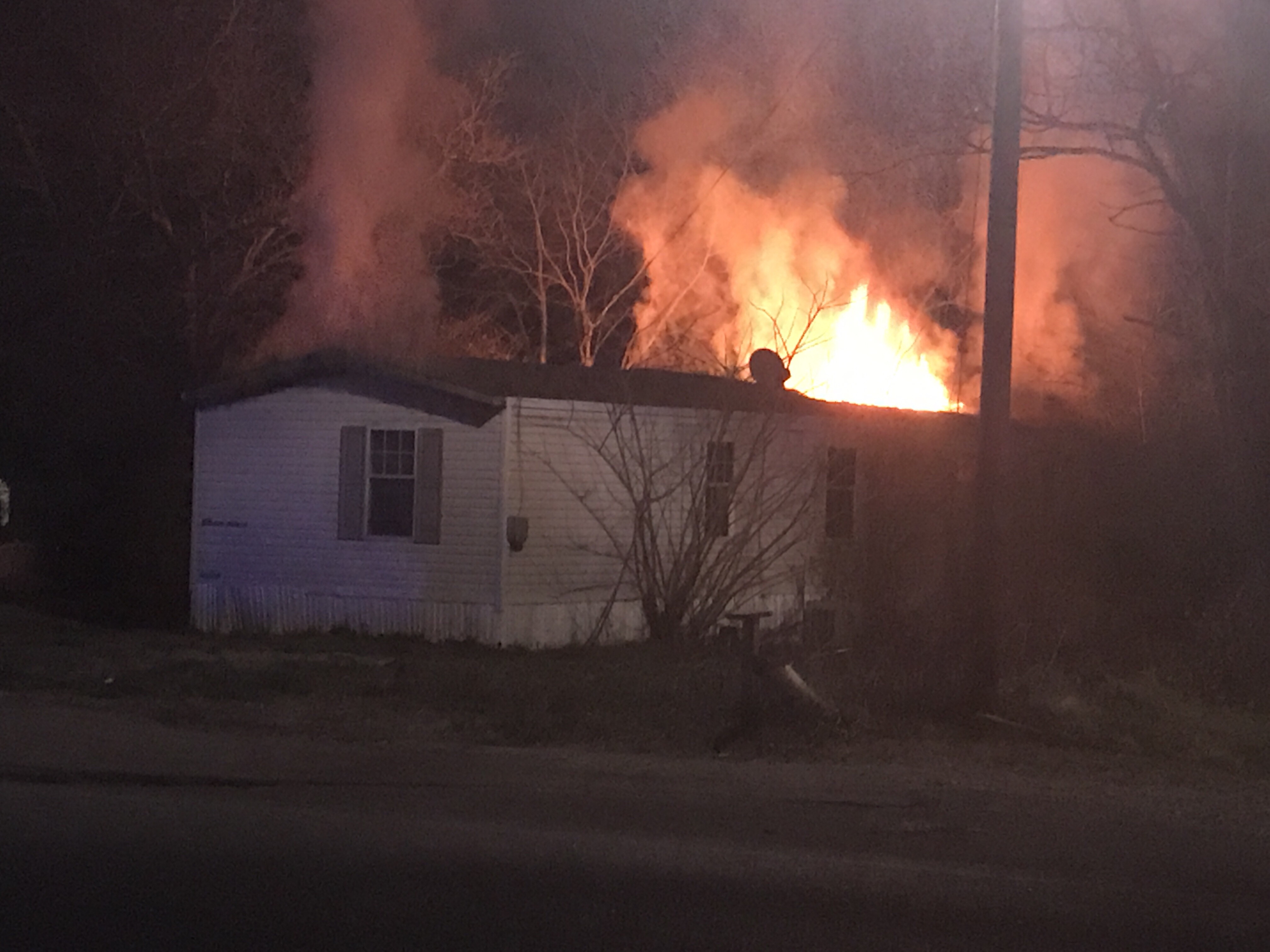 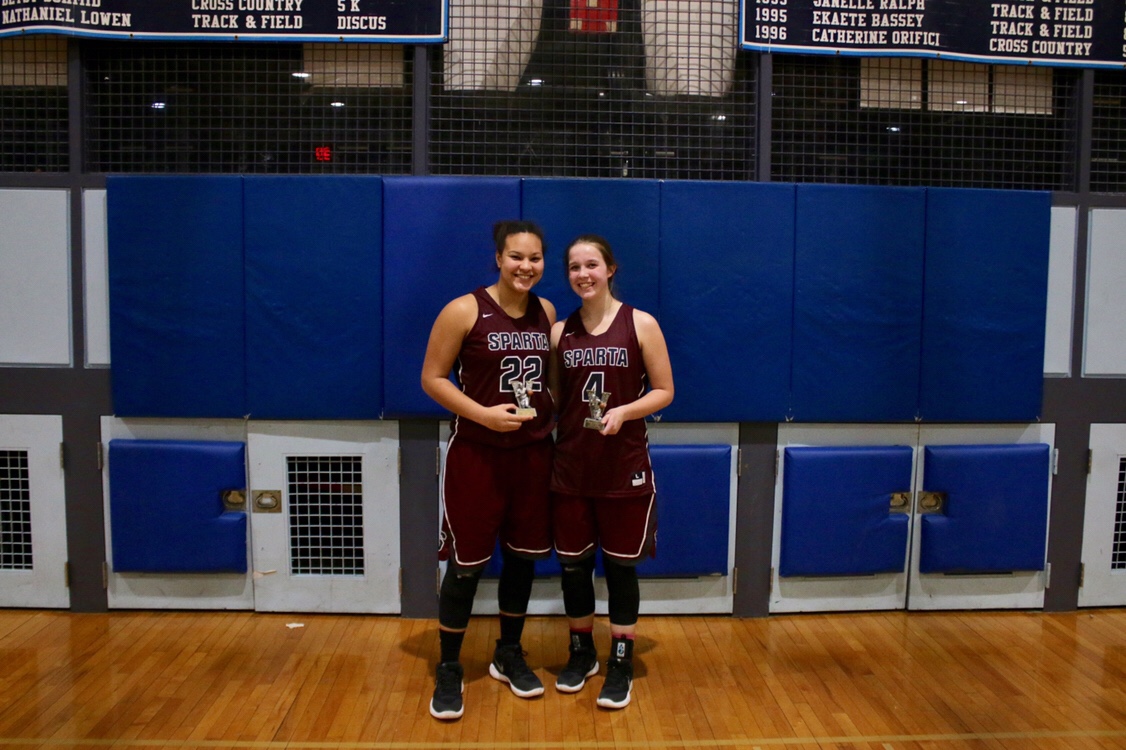 Warriorettes lead big at the half