David Wayne Sherrell, 66, of Sparta, is now resting safely in the arms of his Lord and Saviour, after he departed his earthly life on Feb. 3, 2018.

As one of 10 children, Wayne learned to put others before himself, which is exactly what he did throughout his entire life.

When he was only 12 years old, Wayne began his lifelong journey into the world of firefighting, as he became a well-known face at the old city hall, on Bockman Way, where he would assist in all aspects of dispatching and provide … CONTINUED

Tech has been awarded $50,000 from BlueCross BlueShield of Tennessee Health Foundation for diversity scholarships for computer science and business information technology. The funding includes a $26,000 Women and Minorities in Computing scholarship endowment and four $1,500 scholarships to be renewed every four years as the endowment builds.

“With scholarships like this, department chairs and faculty can go out and recruit students with the promise they will get money if they come,” said Tracey Duncan, director of corporate and foundation relations at Tech. 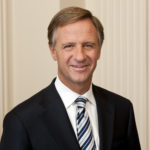 Tennessee Gov. Bill Haslam announced this weekend his legislative agenda for the 2018 session, continuing his focus on leading the nation in jobs, education, and efficient and effective government.

“We have made so many strides in higher education and workforce development, and we must not let up now. One of our top priorities this year will be making sure our students who receive Tennessee Promise and HOPE scholarships compete college on time, helping us reach our Drive to 55 goal,” Haslam said. “You’ll also see much needed reforms to Tennessee’s juvenile justice system that will strengthen families and communities while promoting public safety and ensuring … CONTINUED

According to documentation from the Middle Tennessee District Tennessee Northeastern Division, the sentencing hearing for Jeffrey Lynn Gentry that had been set for 1 p.m. Feb. 5, 2018 (today), has been reset for Thursday, April 26, 2018.

The following is the motion that was filed. 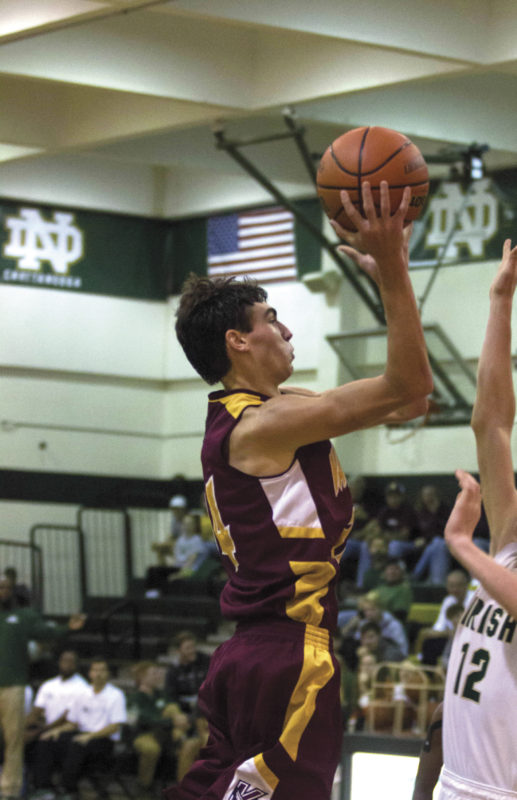 Jacob Crain goes up for a layup in a game earlier this season. Crain chipped in 13 points in the Bledsoe County game last week to help the Eagles pull out the 80-45 win.

In the first game of the night, the Eaglettes fell behind early but would battle back and only trail by four at the half. In the second half, though, the Lady Warriors would hold on late and win 51-41 over the … CONTINUED 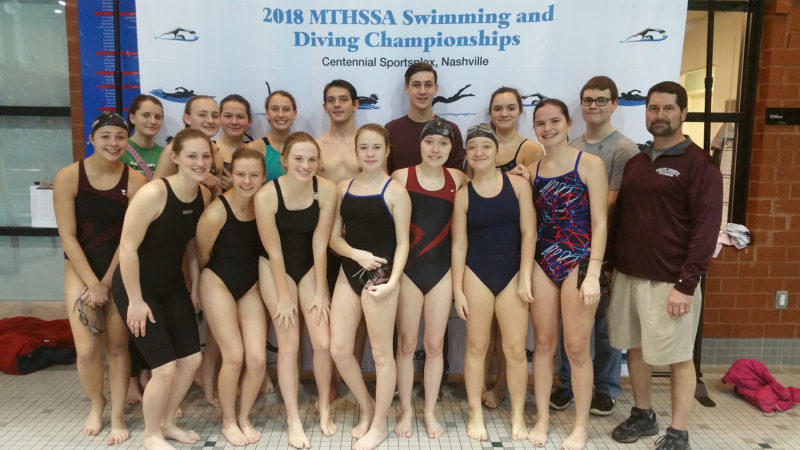 The White County High School Swim team took part in the MTHSSA Regional Championship, on Jan. 26, 2018, at the Centennial Sportsplex, in Nashville. The Warriors and Warriorettes had three of their members qualify for the state meet that is going to be held Feb. 9 and 10, at the University of Tennessee Knoxville Swimming Complex. 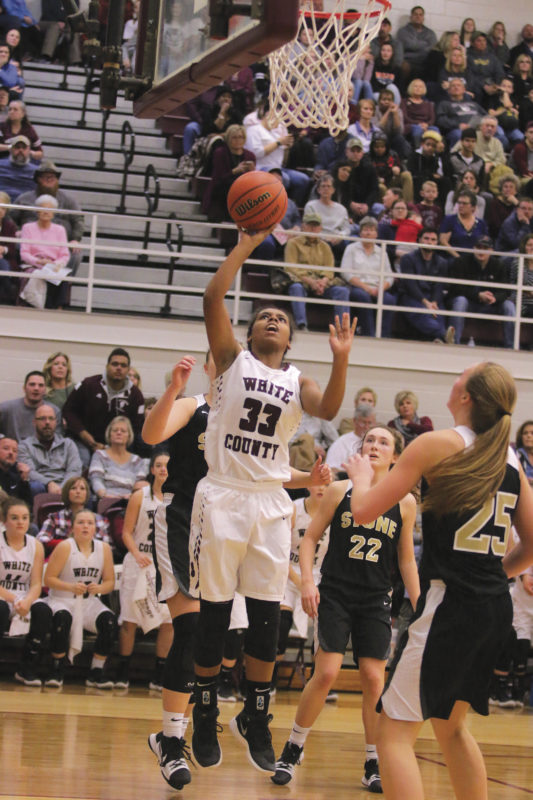 Mia Murray goes up for a shot in Friday’s game against Stone Memorial. Murray finished the game with 7 points. (Photo by ANDY SOUTHARD)

It was a rough night on their home court for the Warriorettes basketball team.

White County High School was playing host to Stone Memorial in District 6AAA action and hoping to keep pace with the leaders with a win. However, that was not to be.

The Warriorettes never really got into any kind of a rhythm. Stone Memorial controlled the tempo, and the outcome was a 59-40 win by the Lady Panthers (18-5, 5-1). The loss dropped the Warriorettes to 18-7 on the season … CONTINUED 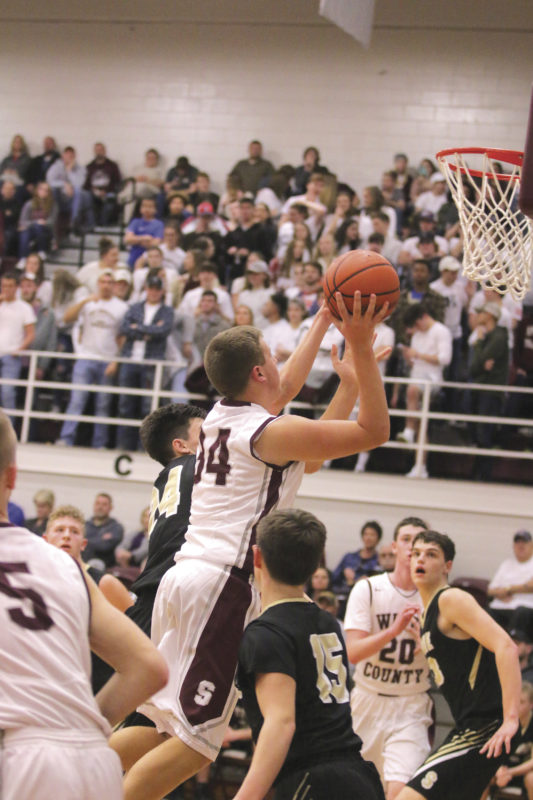 Kade Clark goes up for a layup while getting fouled in Friday’s game. (Photo by ANDY SOUTHARD)

The Warriors came into Friday night’s match-up with Stone Memorial High School looking to avenge an earlier loss to the Panthers just eight days ago in Crossville.

Dyson Reece led the Warriors (9-18,0-6) with 21 points as he hit three treys in the contest. That was, however, not enough to overcome the Panthers.

WCHS shot 39.5 percent overall from the field for the game. They connected on 13 … CONTINUED

When the vision is elevated to another level, sight becomes keener and sharper. In fact, a professional baseball player has an elevated level sight over the general population. Most have 20-15 vision, and some even 20-10. And, the ones that seem to have the advantage over all the others have been reported to have 20-08 vision.

A 90 mph fastball gets to the plate in less than a second, meaning a player must decide to swing within that time frame.

Thus the player has .434 of a second to locate the ball, adjust to it, and gather enough information (having about 1 … CONTINUED

Being united in Jesus is the only way to heaven

In any 21st century city, one does not have to look very far to observe a multiplicity of religious groups.   These groups range from conservative to radical, and each one is distinct in its own rites and customs. With this in mind, one can see the validity of what the Holy Spirit stated as recorded in 1 Timothy 4:1: “Now the Spirit speaketh expressly, that in the latter times some shall depart from the faith, giving heed to seducing spirits, and doctrines of devils.”

Jesus promised to build only one church (Matthew 16:18), and He prayed for the unity of … CONTINUED

Don’t worry, be happy, because we are all living the dream

In the last two weeks, we have heard Gov. Haslam’s State of the State speech and Donald Trump’s State of the Union address. According to both of them, we’re cool and everything is great, on the surface. Yes, in both Tennessee and America, the economy is moving right along. Unemployment is low. This is good news. Yet, it isn’t anywhere near as wonderful as these two men want us to believe for every American.

Gov. Haslam did have good news about Tennessee’s economy, and, yes, things are looking up as far as job growth in certain areas. I am pleased with his … CONTINUED

So the infamous “memo” has been released. I hope by now everyone has had a chance to read it. It is written so that the “man on the street” should have no trouble understanding its contents. The opening paragraph states that the purpose of the memo is to update members on the results of their investigation so far. And it goes on to provide some amazing facts for our consideration:

The first and most obvious fact is that the FBI and DOJ (Department of Justice) perpetrated a fraud upon the FISA court. These agents of the government swore to the veracity … CONTINUED