Charles Ross Warren, 93, of Sparta, has returned to the loving Father from whence he came. In his passing, he was surrounded by his loving family united by inexpressible love, admiration, and gratitude.

Mr. Warren was born Nov. 22, 1924, in Nashville, and spent his formative years deeply influenced by his family’s dedication to Grace Baptist Church, led by Pastor L.S. Ewton. In 1942, he married the beautiful Juanita Elliott, known to her children and grandchildren as “Framma.” Immediately thereafter, as a member of the Army Air Corps, he was assigned to the 8th Air Force 351st Bomb Group as ball turret gunner on a B-17. Mr. Warren … CONTINUED

The Cookeville Regional Charitable Foundation has purchased Epipen kits to be housed in each Sparta police department cruiser. Officers have already received training on how to safely administer Epipens and recognize anaphylaxis.

Public Chapter 801 of 2016 was spearheaded by Representative Ryan Williams and Senator Paul Bailey. The act effectively allows police officers to legally administer epinephrine during emergency situations when they suspect that anaphylactic shock is occurring.

Anaphylactic shock or anaphylaxis is an extreme, life threatening, allergic reaction. It may occur after an insect sting, consuming food, or being exposed to chemicals, toxins or environmental antigens. Nearly two percent of Americans are at risk of anaphylaxis.

Wenda’s Warriors will be hosting a Relay For Life fish fry, 11 a.m.-5 p.m., Friday, March 30, 2018, at Sparta Civic Center (location has changed since last year). You have the choice of either a fish plate or a fish sandwich. Proceeds will go to American Cancer Society’s Relay For Life, which helps fund research and provide life-saving drugs.

On March 26, the Tennessee Department of Safety and Homeland Security  announced its first Teen Driver Education Camp for high school students across the state. The camp will be hosted by Tennessee Highway Patrol at the department’s training center from Monday, July 16, to Friday, July 20, 2018.

To attend the camp, interested teens must register online at www.reducetncrashes.org by May 1, 2018. There are no costs to participate; however, the program does not provide overnight lodging. Space is limited; therefore, registrants will be accepted on a first-come, first-served basis. Parents are encouraged to assist teens with completing registration as soon as possible. … CONTINUED

Danny Thomas Young, 61, of Smithville, formerly of Sparta, passed away March 24, 2018, at his residence.

He worked at Federal Mogul for over 30 years. He loved the University of Tennessee football and was an avid fan of the Pittsburgh Steelers.

He was a member of the Smithville Church of Christ. 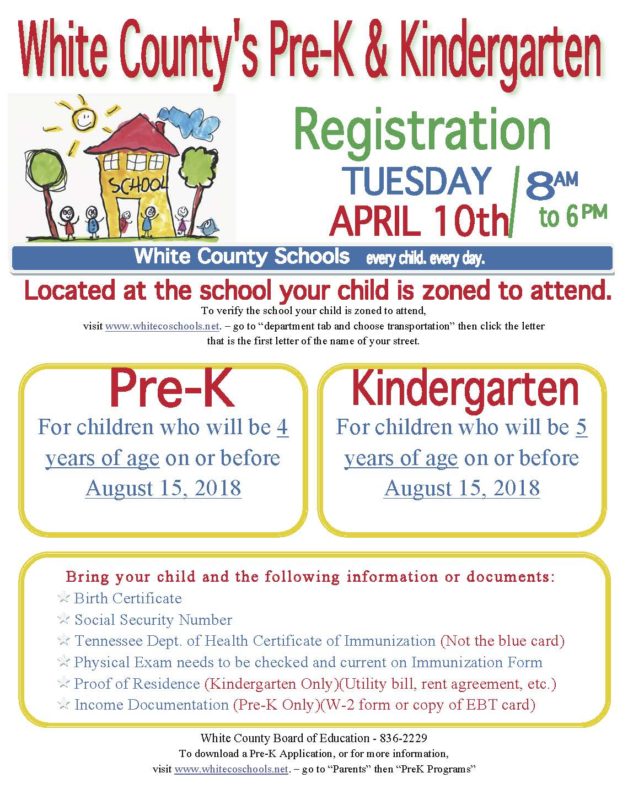 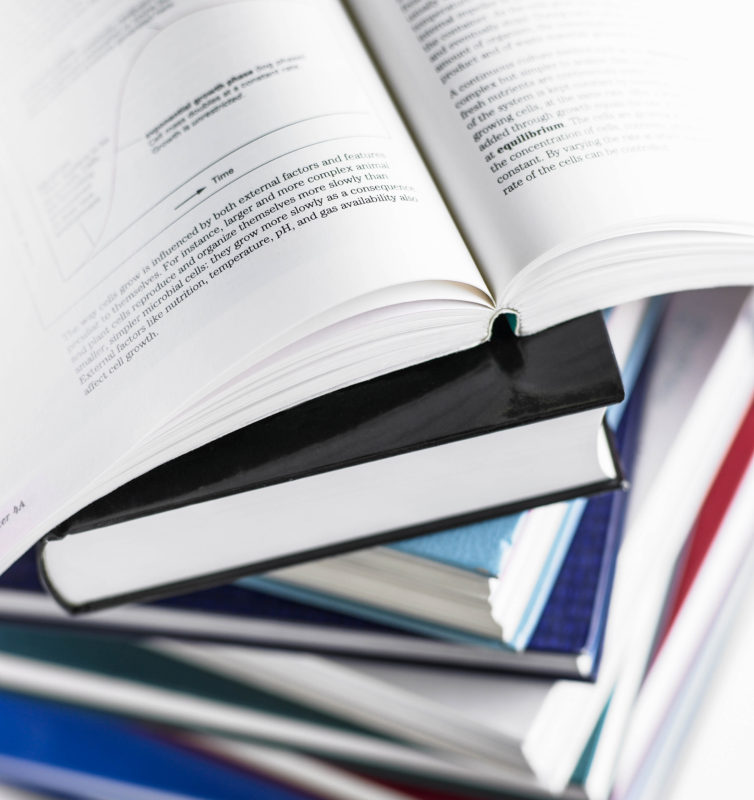 White County schools will be adopting new textbooks in the following subjects for the upcoming 2018-19 school year.

The proposed textbooks will be available for public review during the week of April 2-6th at the White County Board of Education at 136 Baker Street.  Hours are from 8 a.m.-3:30 p.m. 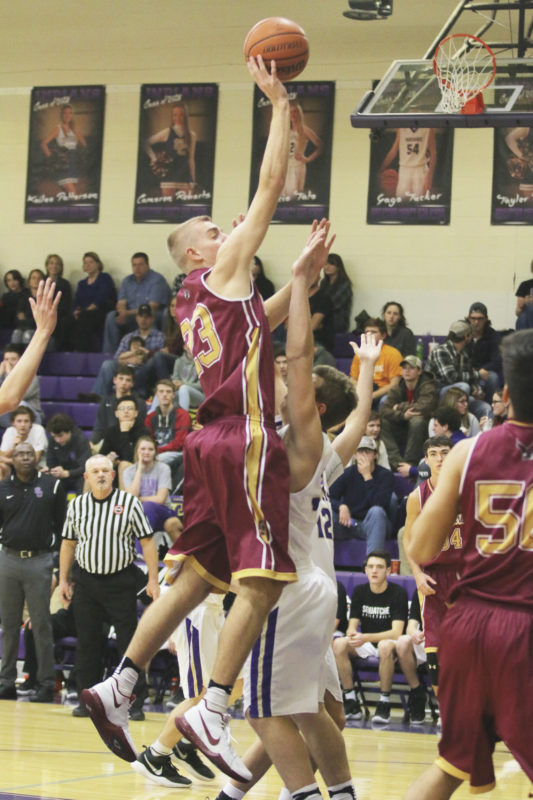 Van Buren County High School basketball senior Caden Mills picked up another award, on Friday, as he was named to the Tennessee Sports Writers Association Class A all-state basketball team.

Mills, who signed with Tennessee Tech in November, has now been named to the all-state team for the fourth straight time. Mills was also named Mr. Basketball for the Single-A division earlier this year.

During Mills’ career at Van Buren County High School, he helped lead them to their first ever AP #1 team ranking in his senior season and their first-ever region title and state tournament appearance. While at Van Buren … CONTINUED 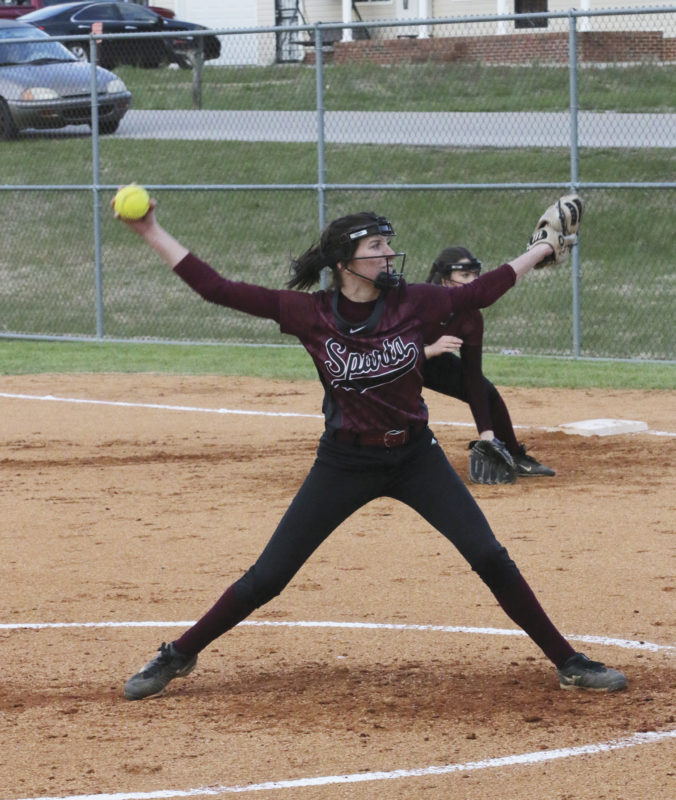 Paige Parker throws a pitch, on Friday afternoon. Parker moved to 4-0 on the season with a complete game win, on Friday, against Smith County.

On Thursday night, the Warriorettes struggled with the bats early on but would come alive in the third inning with a big five-run inning on their way to an 11-1 six-inning win over Van Buren County High School.

On Friday night, the Warriorettes would jump on Smith County early, scoring seven times in the first two innings on their way to … CONTINUED

Warriors come from behind to pick up another district win 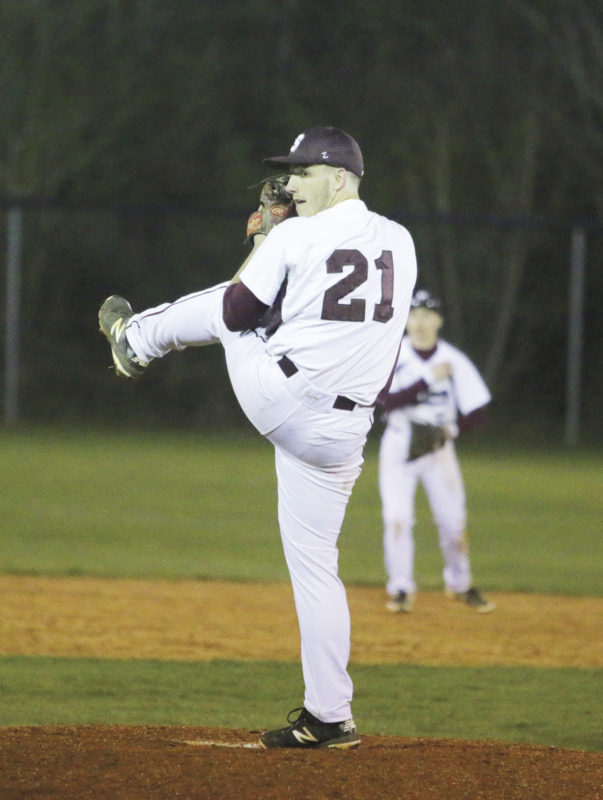 David Smith throws a pitch in Thursday night’s win over Stone Memorial. Smith picked up the save, on Thursday night, throwing the final two innings of the game and striking out four of the six batters he faced.

We each live our own lives by making choices. Of course, there are good choices and bad choices. The apostle Paul mentioned this when he said that “strong meat belongeth to them that are of full age, even those who by reason of use have their senses exercised to discern both good and evil” (Heb. 5:14). So, when we let the Word of God guide us we can grow in our lives to be able to know right from wrong. Perhaps the best choice to make to help in this area is the choice to love.

When you think … CONTINUED

To answer these questions, let’s go back to Israel 2,000 years and see if we can find ourselves and our lives wrapped in the story of a man and his donkey.

It’s Sunday morning, the sky is clearing, the birds are singing and a man is tying his donkey to the doorway. He may be thinking, “I’ve got this average donkey, never been ridden and not … CONTINUED