At some point, most every person has desired to see a miracle. For instance, when someone is nearing death, we might desire a miraculous recovery. When someone has died, we might want to see them miraculously brought back to life. Or, in making difficult decisions or determinations, miraculous knowledge/wisdom would be extremely desirable. At one time, God’s people were endowed with miracles like this: they could speak God’s will without studying (Mat. 10:19), cast out demons (Acts 8:7), speak in languages they never studied (1 Cor. 14:2,18), survive venomous snake bites (Acts 28:3-6), and miraculously heal others (Acts 3:1-7). Nonetheless, … CONTINUED

Are Republicans becoming concerned about the mid-term elections?

In a speech at the Veterans of Foreign Wars National Convention, in Kansas City, Missouri, Donald Trump told the audience, “This country is doing better than it’s ever done before, economically. But it’s all working out. Just remember: What you’re seeing and what you’re reading is not what’s happening.”

Then he went to his old standby of saying any news reports and reporters that don’t agree with him or question his policies, programs, statements, and tweets, are all “fake.”   There is a contradiction with his statement, because even when the so-called “fake news” broadcasts or writes about what he has actually said … CONTINUED

Things that will make you say hmmm?

The unemployment rate for White County jumped 1.3 percent in June, according to data released by Tennessee Department of Labor and Workforce Development, from 3.5 percent to 4.4 percent. According to TDLWD Commissioner Burns Phillips this is not unusual for this time of year.

“These increases in county unemployment rates are something we typically see in June,” said Phillips. “In fact, we have experienced this uptick every June since the state started keeping records, in 1976.”

Between May and June of this year, education service jobs, such … CONTINUED

The Joint Economic and Community Development Board met July 6 to discuss the status of White County’s economic health.

“Until they come back and fix them, all of the signals are timed,” said Dorsey. “If you are wondering why, when you go by Hardee’s, and you are sitting at the … CONTINUED

U.S. Hwy. 70 runs West to East through 36 counties in Tennessee encompassing 538 miles. U.S. Hwy. 70 ends at the North Carolina state line. Along the route, the roadway runs parallel to several U.S. and … CONTINUED 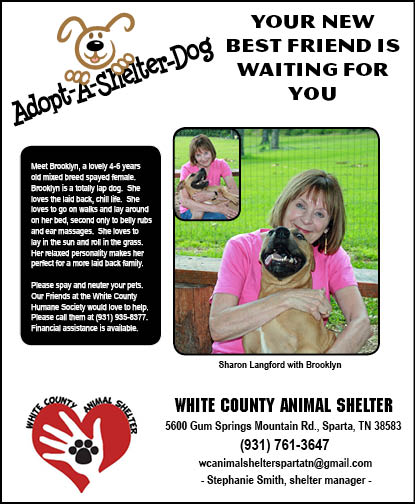 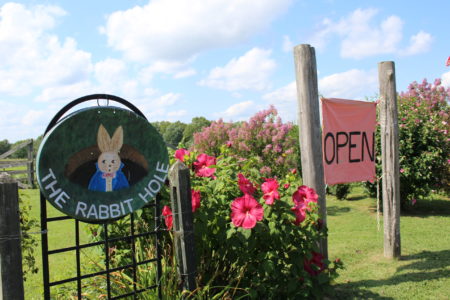 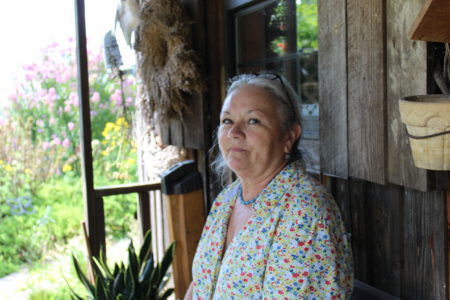 (By Hansel Moore) – On the eastern outskirts of the Van Buren countryside, near the Bledsoe County line, sits a small structure that is the home to a unique population of locals.

They are locals because they were made here on the mountain by the creative hands of Cynthia Deweese and her mother, Alice. They are dressed in a variety of outfits, and some represent the daily attire of Van Buren residents. The farmer is dressed in blue jean overalls and is detailed with a pencil in the front pocket and a red bandana hanging out of the back pocket.

“I just love making them, and I couldn’t … CONTINUED

July 13 was the time for a political “Meet and Greet” at Fall Creek Falls Community Center.

Everyone had an invitation to “Meet Your Candidate” hosted by the Fall Creek Falls Community Action Group. The rules were simple – each candidate had three minutes to illustrate his or her position and qualifications. The community center served a pulled pork plate for a $6 donation to help offset the operating cost. Mark Blankenship opened the celebration with a quick prayer and an appeal for one of the speakers to come forward.

There is a hot race brewing for Van Buren County sheriff between the incumbent, Eddie … CONTINUED

A sudden storm splashed through Fall Creek Falls State Park campgrounds around 11 p.m., July 20, and continued well into the morning. It surprised and stranded some campers.

“Our tent wasn’t even finished,” said Eric Lester, who then sought shelter in the pavilions and restrooms, eventually finding a room for the night at Mitchell Manor.

Other campers reported having three inches of water in their tents because of the downhill flow.

“We were stuck under a shelter till after midnight,” said Adam Aldridge.

Lee Vause stated, “My grandson had a canopy set up, and the downdraft just slammed it to the ground.”

The Van Buren County Chamber of Commerce met July 19 for its monthly meeting.

Nine members were present to discuss various aspects of the community. New members David and Leslie Senk, owners of ARETE Fine Chocolate, were welcomed and brought fresh ideas to the get-together. This will be the first chocolate maker and chocolatier to open in Spencer and Van Buren County. David Senk teaches, “Chocolate makers buy cocoa beans and turn it into finished chocolate. Chocolatiers buy finished chocolate and turn it into bon-bons, trufles, and other chocolate treats.” They plan to open in September.

If anyone hasn’t visited these beautiful rolling fairways of the mountain in a while, then pack your clubs and take a trip. The manicured, lush challenges that make up this gem of a course in the heart of Fall Creek Falls State Park are a part of the lure of this outdoor attraction.

There are angles, sand, and water hazards to make each hole a bit more memorable than the next.   The grounds crews have been attentive to each blade of grass, and … CONTINUED