She was a caregiver for Retire at Home.

Ms. Pettit was preceded in death by her parents and two brothers, brothers David Hill and Glenn Hill.

Lynda Dean Webster Carr, 78, passed from this life, on July 24, 2018, at Cookeville Regional Medical Center, after an extended illness.

She was an LPN and worked many years for the late Dr. C.B. Roberts, White County Hospital, and NHC Healthcare of Sparta. 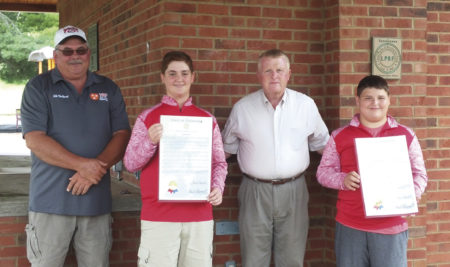 State Representative Paul Sherrell recently presented Elijah Kelley and Hunter Slone with proclamations honoring the hard work, determination, and skills of these two young anglers. They recently competed in a state youth tournament of the Tennessee Bass Federation youth division and were victorious. The tournament was held on Tim’s Ford Lake where the team doubled the weight of their nearest competitors from Cleveland, Tennessee. The team will now move on to fish in the TBF national tournament, in Hot Springs, Arkanas, in August. 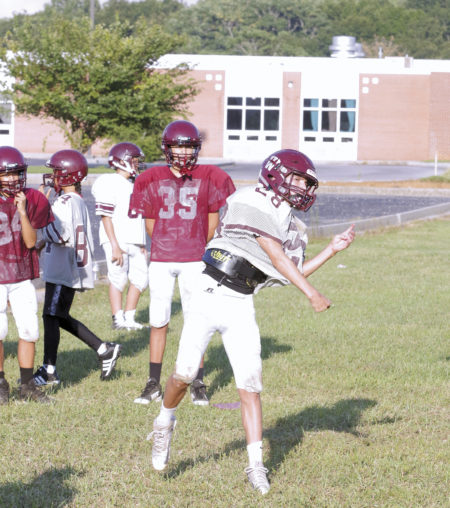 Owen Adams makes a pass in practice, on Tuesday afternoon. Adams got most of the Warriors’ reps at quarterback, on Tuesday.

The White County Middle School football team, just like their high school counterparts, got down to business this week. After practicing for a full week in helmets and shoulder pads, the Warriors strapped on full pads and got down to work. The Warriors have around 50-60 players who came out for the team this fall. 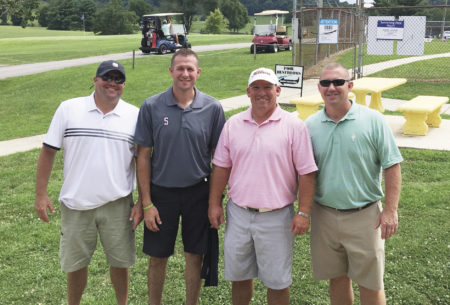 The White County High School golf team held its annual tournament, on July 7. The Warriors had a full field for the tournament that included 18 teams of four players. Each team played 18 holes, with the team coming out with the lowest score named the winner. The winner of the tournament was a team made up of Matt Greene, Chad Armstrong, Kenny Crockett, and Kirk Bumbalough. The winning team shot 19-under par. 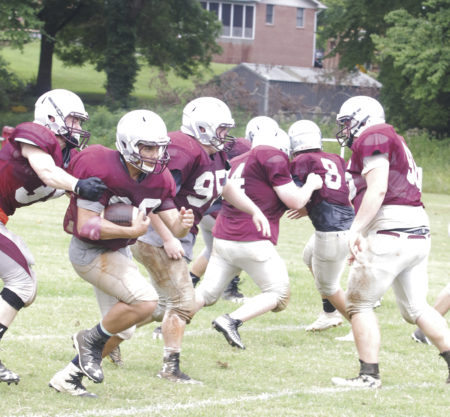 Caleb Charlson runs through a tackle in practice, on Monday afternoon.

For two weeks, the Warrior football team had been playing two-hand touch. On Monday, the hitting finally began.

Official practice for all fall sports teams began Monday. Football teams had the most noticeable change as the pads went on and they were allowed to hit for the first time since spring practice.

The Warriors hit the field at 8 a.m., on Monday, for the first practice. That practice lasted about three hours. The Warriors met again, on Tuesday, and would get in a lift before heading down to the practice field for about a two-and-a-half-hour practice.

Boundless love from a senior dog

When Shirley told me about Ms. Templeton adopting the senior dog, both Shirley and I agreed that this story of compassion and generosity should be shared. I only adopt very senior dogs and people often ask how I can stand to lose them so soon. My response is always that the joy of helping them have a good end of life is the priority. There is no correlation between the length of time we have with a dog and how much we love them and there is such a blessing in giving these seniors a home. We hope … CONTINUED

A heart bursting with…

Have you ever had your heart broken? Most of us would answer, “YES. At least once! Probably several times.”

Has your heart ever burst with joy, pride? Hopefully, your answer to the second question would be, “More times than broken.”

Have you ever experienced both of the above, simultaneously?

That’s what happened to Sammie and me when our son broke the news to us recently. Our hearts swelled with pride upon learning that Stephen had been offered a very prestigious position with the Tennessee Department of Education, in Nashville. Without too much detail, l will just say that it is a great … CONTINUED 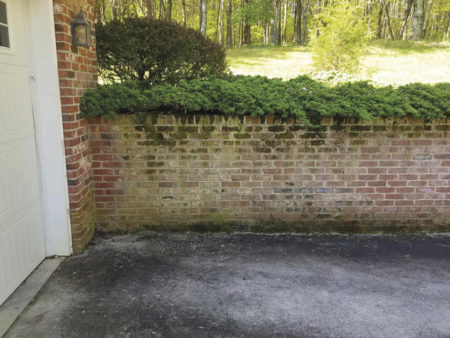 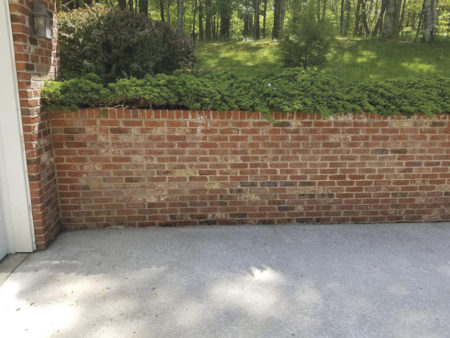 After the messy weather the past seasons, pressure washing one’s home could be necessary.

When asked what they specialize in doing as far as pressure washing, Skylar Delaney stated they can do just about anything that anybody would like for them to do.

“We do heavy equipment, inside garages and barns, inside of storage buildings, anything really,” said Skylar Delaney. “We’re an all-purpose company.”

When asked what gave him the idea to start a pressure washing business, Skylar Delaney stated he … CONTINUED

Making a difference in many ways

Chamber Member of the Month

AirMedCare Network is the Sparta-White County Chamber of Commerce’s Member of the Month.

“In addition to saving lives, the helicopters that AirMedCare keeps in our region promote economic development,” said Marvin Bullock, president of the Chamber. “The ability to have a patient to a trauma center in Nashville, Knoxville, or Chattanooga in less than a half hour is a selling point to both retirees and industry considering Sparta for relocation.”

AirMedCare fills a void left open by most insurance companies; insurance usually does not cover the entire expense of an air ambulance. Last year, the Chamber provided an opportunity for members to purchase … CONTINUED