A special thank you is extended to Dr. Ty Webb and all his staff.

After completing Draughn’s Business College, in 1958, Mr. Pearson worked for HG Hills and Cooper & Martin grocery stores. He moved to Sparta, in 1966, with his wife, Rita, and their two children, opening Cooper & Martin where Floyd’s Cash Saver currently operates.

In 1972, Mr. Pearson opened Sparta Office Supplies, in downtown Sparta, where it still remains. For over 40 years, he enjoyed working with the … CONTINUED

She was a waitress at Nick’s Restaurant, in Cookeville, for 25 years. She loved music, specifically Elvis and Randy Travis, hunting for treasures at yard sales, and spending time with her grandchildren.

Dove season opens on Saturday, Sept. 1 at noon (local time), the annual start of one of Tennessee’s most long-standing outdoor sports traditions.

Doves are found throughout the various regions in the state, but the highest concentration is in farming areas. The hunter must have in his/her possession a valid state hunting license and Tennessee Migratory Bird Permit at all times while … CONTINUED

Crews have been working diligently as part of the continual process of Fall Creek Falls Park maintenance and improvement. The area around the nature center has become a premier viewing point for hikers. The access to view the rumbling waters of the falls is wheelchair accessible and will open the experience to some individuals to enjoy for the first time. The nature center will be reopening soon. 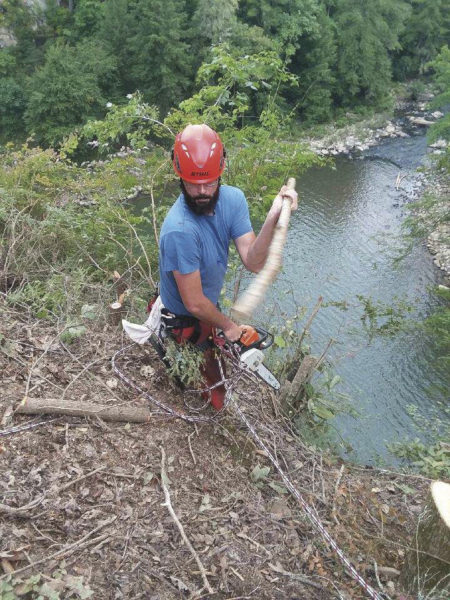 Justin Mooneyham clears one of the overlooks. 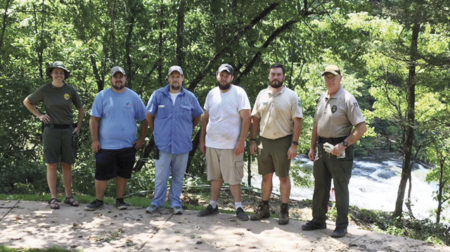 Much of the Van Buren County’s history has been connected to the Hitchcock Building, at 93 Spring St.

If you grew up in Van Buren County, you may have visited it as a gas station, car repair garage, grocery store, laundry mat, hardware store, or gift store. At one point, you may have had a meal, which was located in the diner area known as The Shed.

Constructed in 1945 for “Uncle Morris,” the building has been in the Hitchcock family for generations. Over the years, it has been repurposed and fitted for a variety of commerce opportunities, as it has … CONTINUED

The Mountaineer Folk Festival is coming to Fall Creek Falls. Sept. 7-9 will be a weekend packed with music, food, and vendors of all types.

Bowling to speak at National Fiber for the new Economy Conference 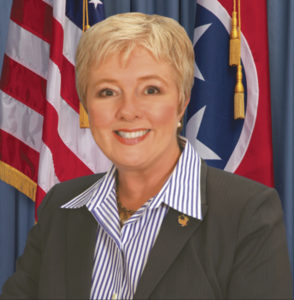 A national group that advocates for expansion of advanced broadband internet access has invited Tennessee Senator Janice Bowling (R-Tullahoma) to speak at their upcoming conference in Ontario, California. The conference called “Fiber for the New Economy” is sponsored by the Coalition for Local Internet Choice (CLIC).

CLIC represents a wide range of public and private entities that support the authority of local communities to make the broadband Internet choices that are essential for economic competitiveness, democratic discourse and quality of life in the 21st century. The coalition asked Bowling to share her expertise on increasing access through state and local high speed broadband initiatives and … CONTINUED 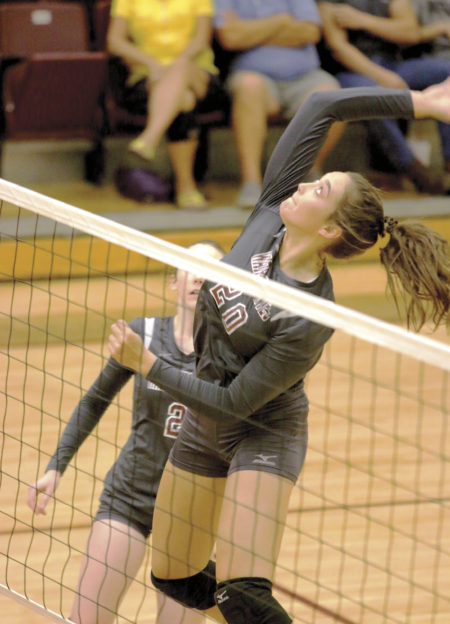 After opening their week with a 3-1 win over former district rival Coffee County, the roles were reversed when the Warriorette volleyball team hosted Rhea County, on Tuesday.

The visiting Lady Eagles in the first meeting between the two teams defeated the Warriorettes 3-0. 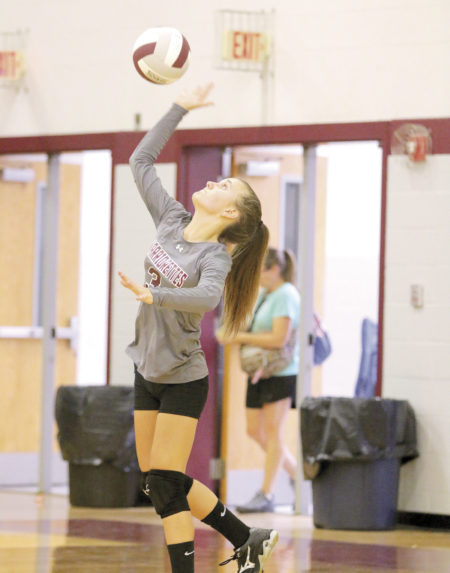 The White County High School Warrior football team will open their region slate this Friday night when they travel to Summit High School.

This will be the second time the Warriors and the Spartans have ever faced off on the gridiron. Last season, Summit jumped out to an early lead on the Warriors and never looked back winning by a final score of 47-0.

Summitt,, who started its football program in 2011, had a rough go the first few years. The Spartans went 4 and 26 in the first three years. However, since Brian Colman took over the Spartans, the team has gone 20-14 over the past three … CONTINUED 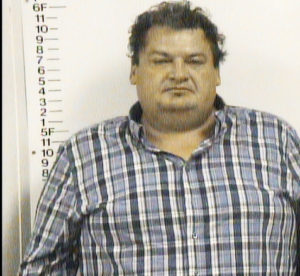 According to a press release from Putnam County Sheriff Department, on Aug. 29, 2018, Eddie Maddle, 47, of Sparta, was convicted on One Count of Possession of Methamphetamine with intent to Manufacture, Deliver or Sell following a two-day jury trial in Putnam County Criminal Court. Sergeant Chuck Johnson initiated the investigation, in 2015, that developed into a search warrant being issued for Maddle’s residence. Drugs and chemicals associated with the manufacture of Meth were found at the residence. Investigators with the Putnam County Sheriff’s Office Drug Investigation Division and other criminal investigators within this office both assisted with this particular investigation.

“I am proud to … CONTINUED