Warriorettes lead at the half

The Warriorettes lead 22-17 at the half in the Championship game in Daytona Beach, Florida.

Warriors pull out their second win in Florida

The Warriors picked up their second win in Florida with a 66-61 win over Elizabethton. The Warriors were led by Grant Slatten who finished with 18 points. Masyn Winningham (11) and David Kinser (15) also finished in double figures.

Warriors down by seven heading into the fourth quarter

The Warriors head into the fourth quarter down 49-42.

Warriors up by one at the half

The Warriors lead 29-28 over Elizabethton at the half.

Warriors trail after one

The Warriors trail Elizabethton 17-10 at the end of the first quarter.

She was born Aug. 15, 1943, in Tazwell, the daughter of Perry Whitaker and Alfa England.

No services are scheduled at this time.

She was preceded in death by her mother.

She married Michael K. Marion, on Feb. 26, 1966, and had five children. She loved to knit, crochet, sew, read books, work in the garden, and go camping. For many years Dianne worked at White Tower, in Dayton, Ohio. After she divorced, she moved back to Sparta, Tennessee, to help with her ailing father, Albert. When Mrs. Marion was failing in her own health, she moved back to Dayton, Ohio, with her daughter, Tammy, where … CONTINUED

Mrs. Hickey assumed duties of a pastor’s wife very well for over 50 years and was a lifetime member of Sampson Free Will Baptist Church.  She loved her family, flowers, enjoyed sewing, crocheting, quilting, traveling, cooking, feeding people, and spending time with friends. 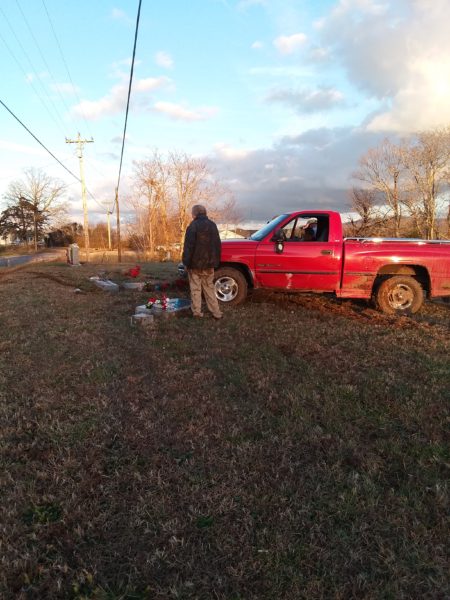 Driver of truck gets inspected by emergency officials while others assess the damage. 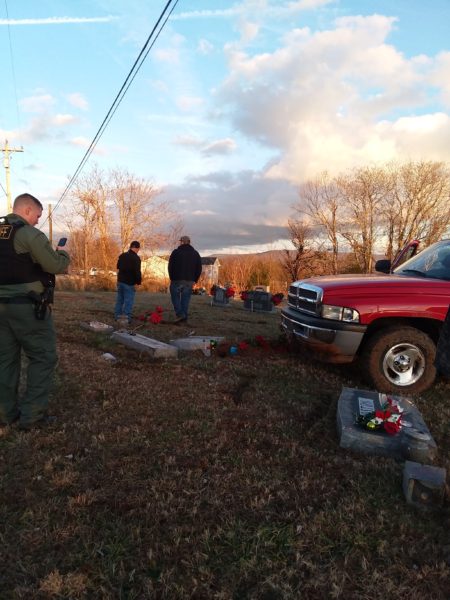 A lone driver of a red Dodge pick-up truck reportedly lost control of his vehicle and ran up the embankment of the cemetery at Plainview Church of Christ, on Highway 84. The driver suffered minor injuries but was allowed to go home. No more information was available at the time of this posting.

Warriorettes move into the Championship game with a buzzer beating win

The Warriorettes will play for the championship tomorrow at 2:30 pm ET/1:30 pm CT