Tennessee Secretary of State Tre Hargett today was joined by members of the General Assembly, advocates for domestic violence victims, and other stakeholders to announce the introduction of the Tennessee Safe at Home Address Confidentiality Program. Tennessee now joins the more than 35 other states offering similar domestic violence safety pro-grams.

Safe at Home launches March 1 and aims to protect Tennessee victims of domestic violence, rape, human trafficking, stalking, and other related crimes from their abusers by keeping their address concealed from public records. According to the Tennessee Bureau of Investigation, 18 of the 84 domestic violence-related murder victims in Tennessee, in 2017, were repeat victims or … CONTINUED

Following the rains and flooding that led to a State of Emergency in Tennessee, the Tennessee Department of Agriculture is coordinating with partners to assess damage, monitor food and fuel supplies, and assist farmers as floodwaters recede.

“Under Gov. Lee’s direction, we have been coordinating responses with TEMA and other agencies to address the needs of Tennesseans ranging from ensuring food safety to assisting with livestock needs,” said Agriculture Commissioner Charlie Hatcher, D.V.M.

”While there have been a few official reports of livestock losses at this time, many farmers have experienced livestock and crop losses due to excessive rainfall and flooding. We are working with USDA to see … CONTINUED

The first half saw Coffee take the lead, scoring two goals, one at the 24 minute mark and the second goal at the 17:01 mark.  Nate Mullins received a pass from Nathaniel Griffin and drove the ball into the net for the Warriors’ first goal of the night at the 15:40 mark on the clock.

The first half ended in a close score with Coffee leading 2 – 1.

The second half did not start well for the Warriors.  Coffee scored three straight goals in the first 10 minutes, moving the score to 5 … CONTINUED

WCHS Warriors close out season with loss to Blue Raiders

A superb season came to a close, on Tuesday night, as the Warriors fell to the Cleveland Blue Raiders in a tough road loss.

White County got behind early and could never string together a run to get back into the game. The Warriors’ 45-67 loss is their largest of the year and their only loss of 20 points or more.

On the opening possession of the first quarter, David Kinser finished at the rim off a smooth pass from Grant Slatten. This gave the Warriors their only lead of the game at 2-0. From there, the Blue Raiders took off as the Warriors struggled to keep up … CONTINUED

The Warriors took on the Bradley Central Bears, on Monday night, and were able to secure a 53-50 win on their home floor.

White County was coming off a crushing loss to Stone Memorial but were able to regroup at home where they overcame an eight point halftime deficit and lived to play another day.

The first quarter got off to a rough start as the Warriors’ first three possessions resulted in turnovers off of poorly placed passes. Although Bradley made good on their first two three-point attempts, David Kinser impressed with his effort. He did a little bit of everything in the opening minutes like putting his … CONTINUED

The Warriors’ White County High School baseball team had one day on the game field because of the weather conditions, however, that did not stop the scrimmage with Baylor School from Chattanooga.

Baylor is the defending state champion from 2018.

Coach Shaun Floyd commented on the game: “ We made a few mistakes to a very good hitting team, and they made us pay for them, but overall I thought they did a good job of working through some tough jams. Overall, they hit their spots and kept the ball down. Defensively, we made a few mistakes, but overall I thought we did a good job. We put … CONTINUED

Dr. Urbina received his medical degree from University Peruana Cayetano Heredia in Lima, Peru in 1982.  He completed his residency in Internal Medicine and a fellowship in Pulmonary Medicine and Critical Care at Wayne State University School of Medicine in Detroit, MI. Dr. Urbina has also received polysomnographic training from the Sleep Sciences Institute of Sleep Medicine at Birmingham Sleep … CONTINUED

This legislative package includes eleven different initiatives that will all reshape healthcare in Tennessee through Consumerism, increasing Access, improving Rural health systems, and Empowering patients to ensure individuals and families to make all medical decisions, instead of insurance companies or the government.

The innovative plan will create price transparency and more data on healthcare prices, launch an All-Payer Claims Database that will provide consumers with information to contain costs and improve health … CONTINUED

Language of Liberty – By Tony Perkins

It was four days before a vote that will be talked about for years. Of course, that irony was probably lost on Senator Patty Murray (D-Wash.) — but it wasn’t lost on us. The same woman leading the fight for legal infanticide chose last Thursday to tour Seattle Children’s Hospital, walking the long hallways where she would argue only wanted kids deserve care.

“It was wonderful to visit the @seattlechildren’s Hospital-North Clinic in Everett, WA this week,” the senator tweeted. “I had a great time meeting the dedicated staff and seeing firsthand how they use their resources to serve children and … CONTINUED 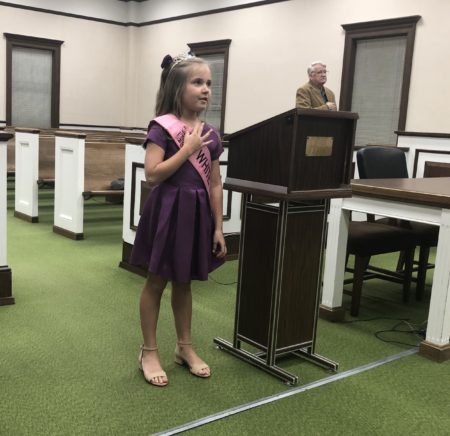 George Halford, president/CEO of the Cookeville-Putnam County Chamber of Commerce, announced today his intent to retire at the conclusion of 2019. Following a 47-year chamber career, with 16 of those years serving the Cookeville-Putnam County community, and many elevated successes, Halford feels the timing is right for this opportunity, both for him personally and for the organization.

Many positive outcomes have taken place under Halford’s leadership, including the launch of the Highlands Economic Partnership in 2006 with focuses on regional economic development and workforce development & education. Expansion of local industry and recruitment of new industry has provided thousands of … CONTINUED

After the rain comes the flood.

And, after the flooding comes the cleanup. That cleanup can, at times, be expensive. On Monday night, White County Executive Denny Wayne Robinson pledged to do what he could to help with the needed funding for White County.

“On Honeysuckle Lane, there was water beneath a home,” he said. “On Findlay Subdivision Road, there was someone stranded in their home. There was water up to the ductwork, and rescue was deployed, and evacuation was complete … CONTINUED