Putnam County Sheriff’s Office has a new addition to the K-9 Division. Niko, a 2-year-old German shepherd, has joined the pack as the unit’s new Explosive Operations Detection K-9. His primary responsibility is to protect the public through explosives detection and evidence recovery. K-9 officers are uniquely suited for detection work often distinguishing multiple scents at one time. Niko is the only agency explosives detection K-9 in the 13th Judicial District.

Putnam County Sheriff Eddie Farris expects a high level of professionalism and excellence from all members of the sheriff’s office. Consistent, reliable training is a proactive staple for the entire department, but this division takes it to … CONTINUED 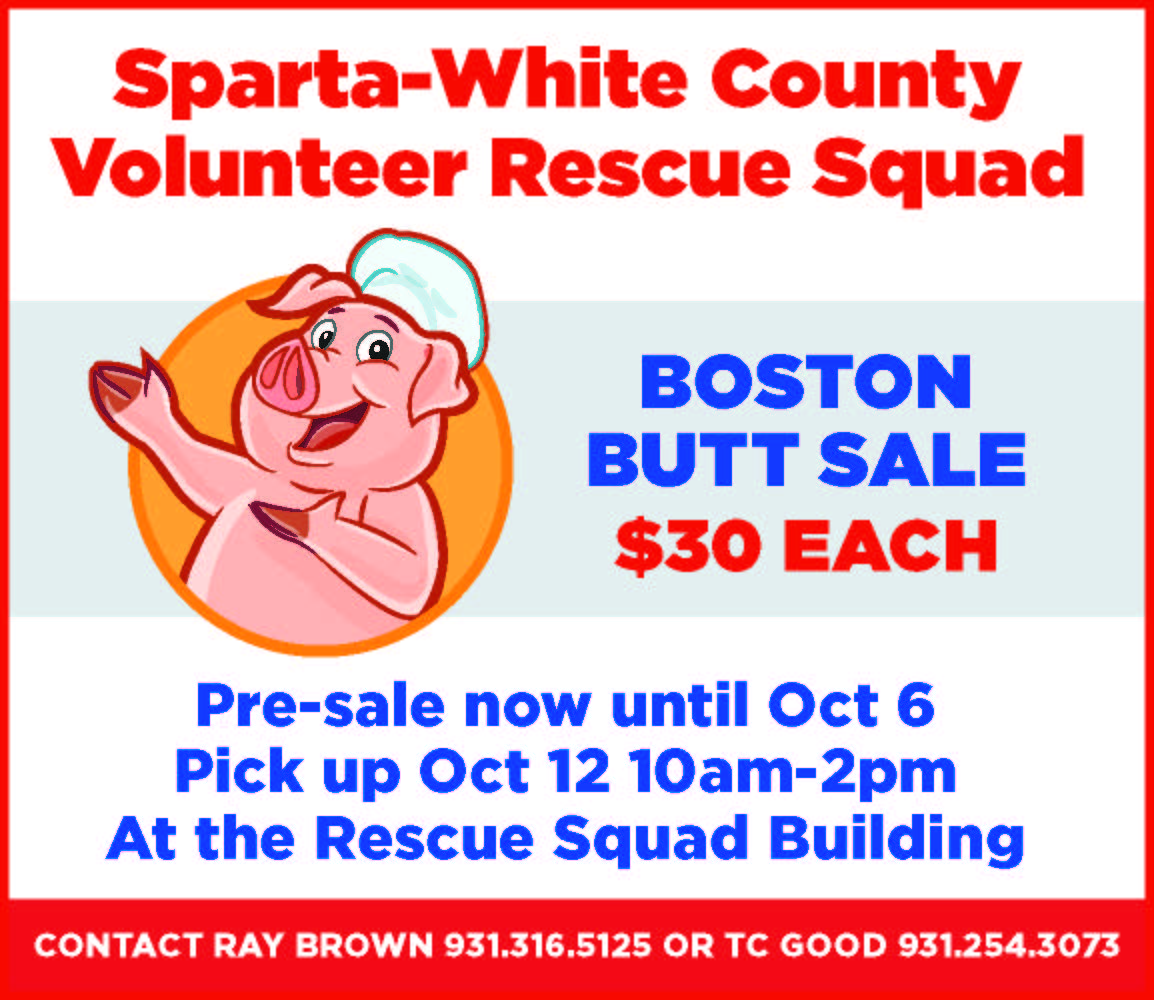 Cassville Volunteer Fire Department will have a ham breakfast, on Saturday, Sept. 28, at the fire hall, 227 Cassville Lane. The meal will include biscuits and gravy, sausage, eggs, ham, bacon, eggs, fried potatoes, milk, coffee, and orange juice. Cost is $7 for adults and $5 for children. They will deliver orders of five or more. More information or to place orders: (931) 761-2476.

We will have a FREE $300 gift card door prize that will be given away at the October breakfast. One ticket per person. Ticket is FREE. No purchase required. You do NOT have to be present to win. 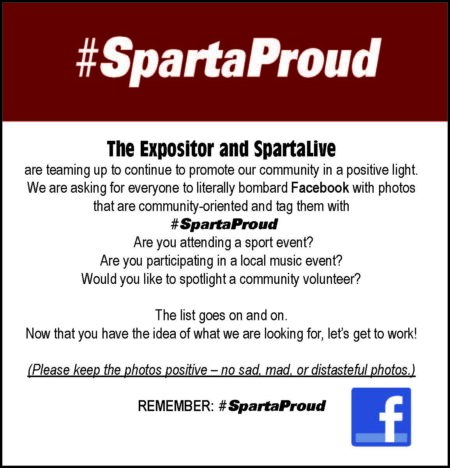 The White County High School Warriors will be on the road Sept. 27 as they travel to Jamestown to take on the York Institute Dragons.  York is coming into the game on a two-game losing streak.  They are 2-3 on the season.  The Dragons beat Jackson county in game one 26-14.  They then lost to Oneida High School 33-0.  York then beat Grundy County 48-14.  They then lost the next two games to Grace Christian Academy 28-7 and to Smith County 34-12.  The Warriors are coming off a big homecoming win over Walker Valley and are preparing for this week’s game vs. York before heading … CONTINUED

Cookeville won three straight games to take the match, on Sept. 23. The score in game one was 15-25, game two was 13-25, and game three was 16-25.   Senior Lauren Turner led the team with five kills and three blocks.  Turner added one ace in the match.  Lindi Smith had six assists, two blocks, and two kills.  Caydra Parker added four assists, one kill, and one block.  Hannah Sims added one kill and two blocks.  Nia Powers had two kills on the day.  Ellie Savage added one ace in the match. 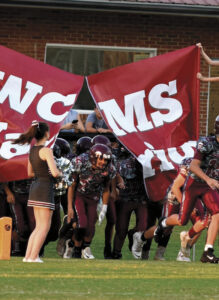 On Sept. 24, the White County Middle School Warriors were tied for second place with Coffee County.  The two teams met at Warrior Stadium to settle the tie.

The Warriors could not get the offense going and lost not only the game but the opportunity to play for the CTC Conference title vs. Tullahoma.  Sparta took the opening kickoff and moved the ball 53 yards and scored a touchdown when Owen Adams took the ball to the left and just managed to get the ball into the corner of the end zone just inside the pylon.  … CONTINUED

The White County High School volleyball team has been busy this past week.  On Sept. 21, they took part in the Southern Slam Tournament, in Coffee County.

The first game of the day pitted Sparta vs. Middle Tennessee Christian in a match.  The Warriorettes won the match in two straight sets.  The first game was 25-18, and the second game score was 25-20. Caydra Parker and Lindi Smith each had five assists in the match.  Parker added two kills and Smith had one kill.  Lauren Turner led the team in kills with five, and Turner added a block on the night.  Hannah Sims had two kills and one … CONTINUED

On Sept. 20, the White County Middle School volleyball team took on Harris Middle School in a match that would set a champion for the regular season.

The Warriorettes took the win in dominating fashion by winning in two straight sets.  The first set score was 25-13, and the second set ended the match at 25-4.  The win gives the WCMS Warriorettes the CTC  regular season championship.  They finished the season with a great record at 21 wins and three losses.  With the win came a first-round bye in the CTC tournament that will be played this week at Warren County.

The Warriorettes will take … CONTINUED 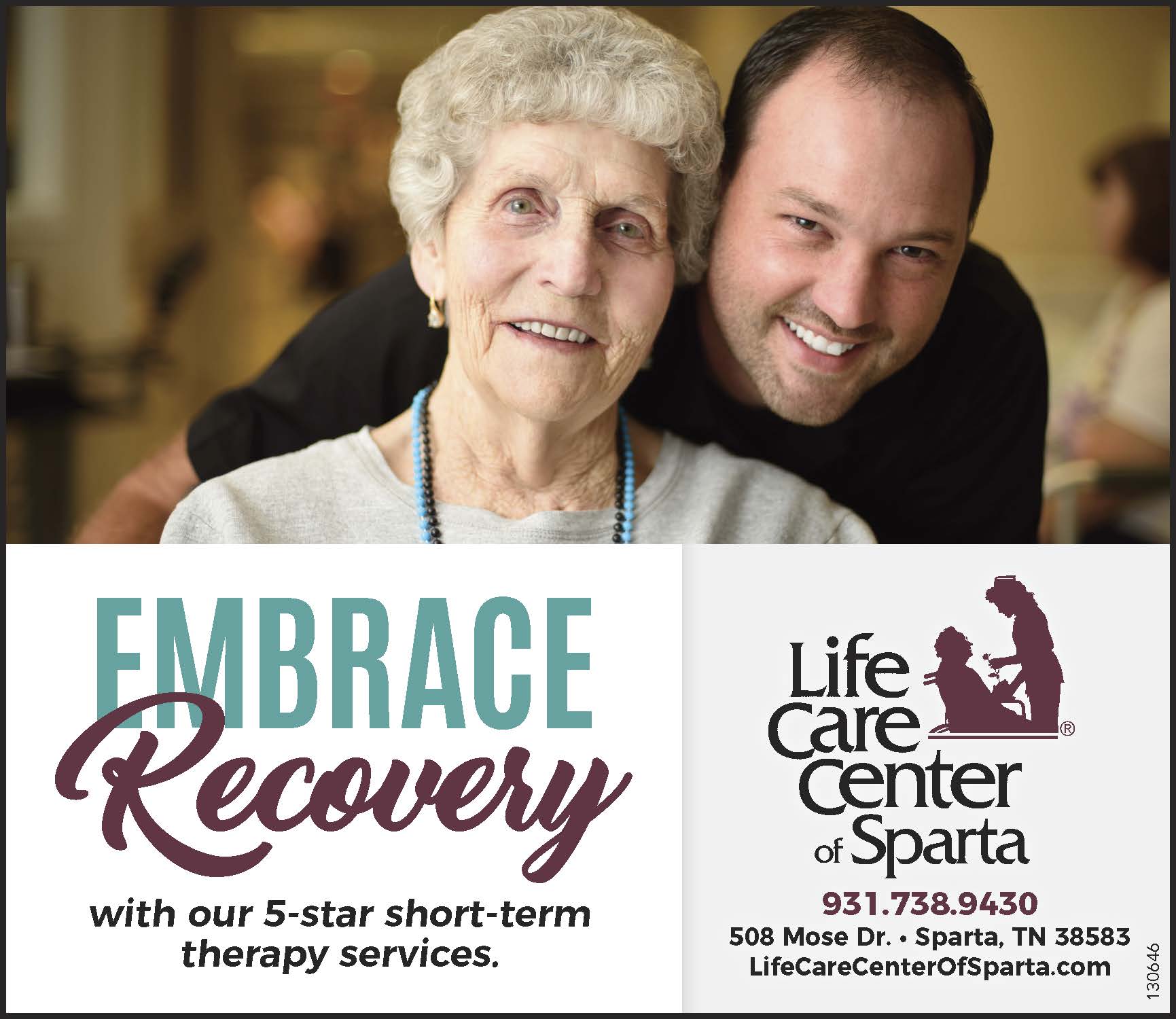 “Since we opened our first office over 30 years ago, our primary goal has been to provide our friends and neighbors with the best eye care in the region,” said Dr. Larry Patterson, medical director at Eye Centers of Tennessee. “By welcoming Dr. Merritt and his staff to the ECOTN team, we are expanding our services even further across the Upper Cumberland with a level of quality … CONTINUED 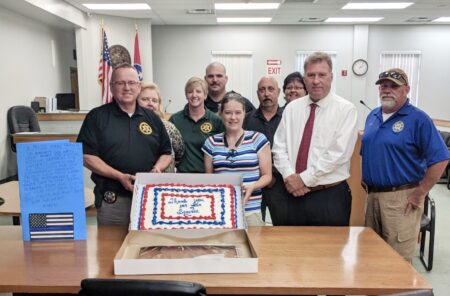 The Cash Express Sparta office, located on Bockman Way, joined 327 other company locations in four states and participated in the “Salute to First Responders” by delivering desserts to first responders, on Sept. 11.

“The way we show our appreciation differs from community to community and location to location,” Garry McNabb, chief executive officer for Cash Express LLC, said. “But everyone involved knows they have the support and encouragement of our company.”

The Sparta location participated by taking a total of 15 cakes to the sheriff’s department, Sparta police, fire stations around the county, the ambulance station … CONTINUED