Coming soon! Want to receive special offers and updates from us in your inbox? Sign up by clicking here to receive emails from The Expositor and SpartaLive. 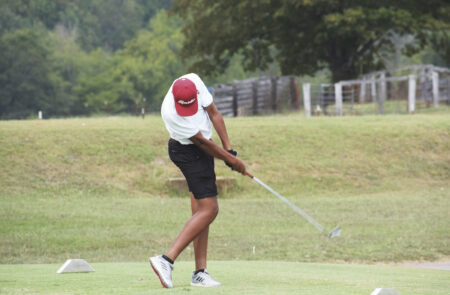 Jeremiah Gardenhire keeping his head down after drive. (Photos by JERRY LOWERY)

The White County High School Warrior golf team took to the links, on Sept. 19, to host a three-team golf match against Cookeville and Livingston.  Cookeville came in with the top spot with a team total of 305.  Sparta placed second with a 318.  Livingston came in third with a final stroke count of 332.  Senior Tyson Welch led the Warriors with a strong 75.  Jarrett Glass followed with a 79.  Jeremiah Gardenhire came in with an 81, and Parker Whited finished the 18 hole match with an 83.  The Cookeville girls came … CONTINUED

On Sept. 24, White County Middle School Warriors are in a must-win conference game.  Coffee County and Sparta are tied for second place, and this game will send the second-place team into the conference championship game in a winner take all contest.

“We will be honoring our eighth graders beginning at 5:45,  and our game with Coffee County starts at 6:30, with homecoming festivities at halftime,” said Sparkman. “This game is crucial for both teams because we are tied for second place in the CTC conference, and the winner will go to the championship game. Coffee … CONTINUED

The Doyle Indians faced off against BonDeCroft, on Sept. 19, at Doyle Elementary School.

In the first game of the night, the girls took to the court.  The ladies from Doyle won the game by a score of 20-5.  Natalie West led the scoring for the Indians with 8 points.  Haylee Graham and Britanie Steele each scored 4 points.  Lakelynn Rice and Ciara Kirby added 2 points each to finish the scoring.  The team went 0-6 from the free throw line.  Miya League scored all the points for BonDeCroft with 5 points.

The nightcap saw the boys take the court, and the outcome was the … CONTINUED 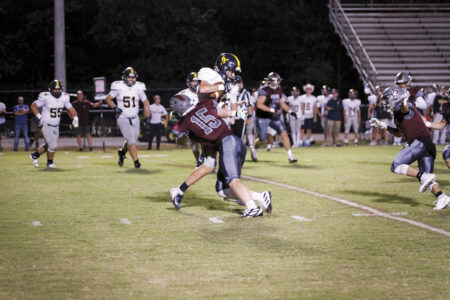 The White County High School Warriors outlasted and powered their way to victory, on Sept. 20, at Warrior Stadium.  When the final horn sounded, the scoreboard had more lights on the home side than the visiting Walker Valley Mustangs.  The Warriors won with a 3-point lead, 32-29.

The game started badly for the Warriors after Walker Valley kicked off to the Warriors, and a fumble on the opening kickoff gave the Mustangs the ball on the Warrior 20-yard line.  It did not take long for the visiting team to score on … CONTINUED 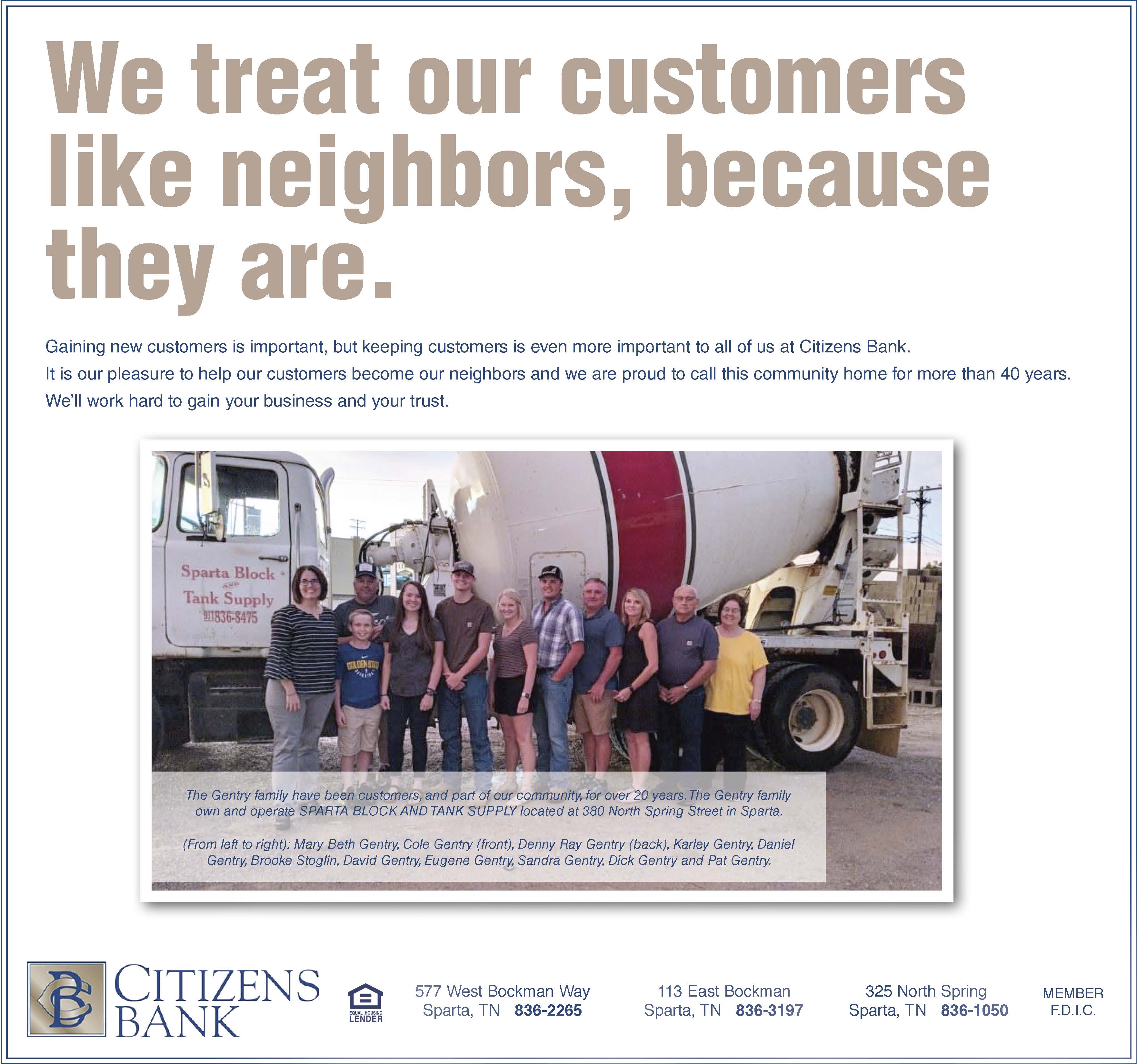 Jake Officer attended the National Youth Leadership Forum: National Security-Diplomacy, Intelligence and Defense in July. He joined other outstanding high school students from across the nation in this unique academic development experience. The six-day program gave him an insider’s look at potential career paths and put everything they learned into practice with challenging, hands-on simulations. He as able to experience campus life at the University of Maryland, College Park and formed friendships with future colleagues. He met with civilian policy makers and senior military officers who are involved in the implementation of national security strategies in a variety of keynote speeches, panels and small groups speaking events. He … CONTINUED

WoodmenLife, which was originally known as Woodmen of the World, and  founded in 1890 as a not-for-profit fraternal life insurance company, has a long history of supporting not just their members but the communities in which their members live. According to Tim Bumbalough, financial representative, Sparta chapter, which was founded in 1977, has made contributions that include flags for schools, fire departments, and police departments as well as providing flag poles to many not-for-profit organizations. They have also participated … CONTINUED

The Van Buren County Senior Companion Program has big plans for Oct. 5, 2019.  They will be sponsoring their second annual chili and soup meal, along with an auction, at Burritt Civic Center, beginning at 4 p.m.  The auction starts at 6 p.m.

The Senior Companion Program began in Van Buren County, in 1974, and has continually worked to better the lives of many senior citizens since that time.   This program was designed to help the sick, needy, frail, and elderly residents of the county by providing a sitter to stay in the home with them for up to four hours each day, Monday-Friday.   This gives their … CONTINUED

Good and evil on the inside

You can drive down any highway in America and read a church marquee or two from your driver’s seat. Some will have generic statements like “God answers kneemail,” or maybe they’ll have service times or coming events posted. However, the all-time best quotes are found on the inside, and they’re tucked away in a little place called the weekly church bulletin. Here are some of my favorites: “Bertha Belch, a missionary from Africa, will be speaking tonight at Calvary Church. Come hear Bertha Belch all the way from Africa.” And of course this one is too good to pass, “Applications are now … CONTINUED 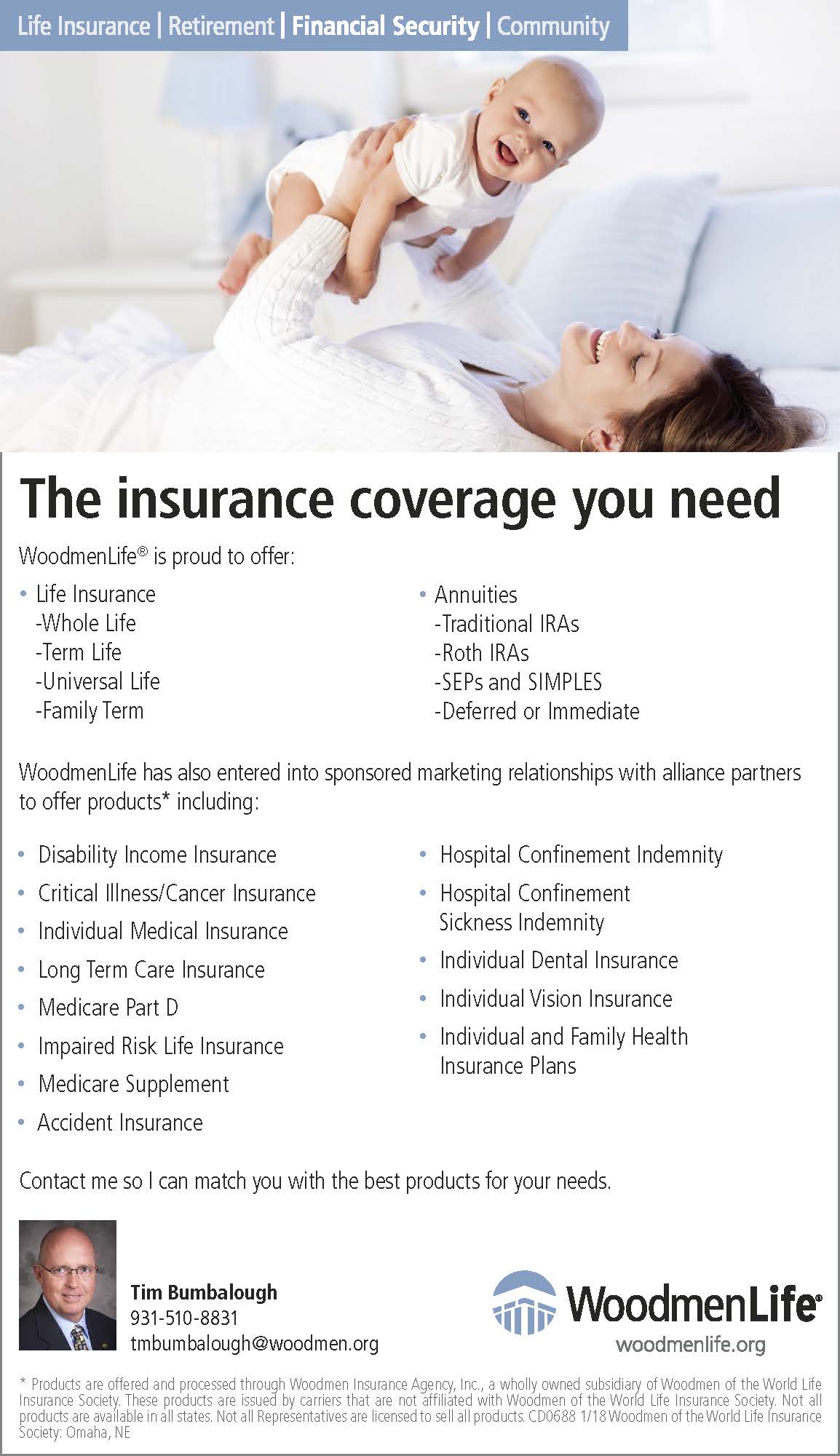