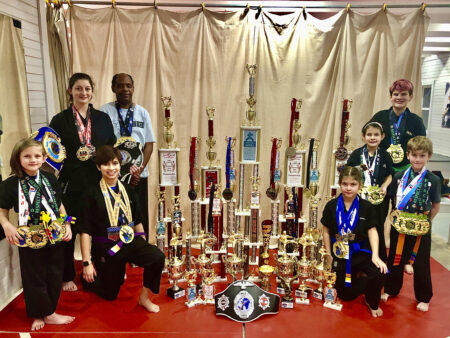 Twelve athletes from Bushido Karate Center combined to compete in 10 tournaments around the southeastern United States as well as three tournaments in Europe. According to Rachel Auberger, head coach for Team Bushido, only nine of those athletes are full-time competitors. The other three athletes competed in two or less events this season.

The local team combined to finish with 89 first place wins, 45 seconds, 29 thirds, 12 fourths, and 8 top eight finishes. In addition, the team won 10 Grand Championships – an award given to an athlete who, after … CONTINUED

Warriors give up one and victorious in another at Pigeon Forge

The Warriors took on Knoxville Bearden, on Dec. 27, in Pigeon Forge.  Bearden won the contest 56-38.

Grant Slatten led the Warriors in scoring with 24 points.  Kegan Dodson scored nine points.  Micah Webster and Masyn Winningham added two points each, and Kade Clark added one point to end the scoring for the Warriors.

On Dec. 28, the Warriors took on North Murray High School out … CONTINUED

What are you fighting for?

Usually in life, whatever attacks is what’s swiftly dealt with. For example, if your roof develops a leak and attacks the structure of your home, you swiftly deal with it and repair the issue. If a farmer’s crops are being attacked, he quickly applies a pesticide to protect the harvest. And when an oil light appears on the dash of your car threatening to attack your engine, you immediately stop and add the vital oil that is needed to avoid a catastrophic breakdown. You see, all of these examples of attack deal with an area of our lives most people can’t afford … CONTINUED

This presidency only marks the beginning

So here we sit – on the one hand, we have Speaker Nancy Pelosi and her not-quite-done impeachment and, on the other hand, Mitch McConnell, consummate wielder of senatorial power, with the calendar and the clock he believes favoring him and watching the chess game play out. While it might make for interesting debates, surely it’s not the best way to run a country.

For many decades now, the Democrat Party protests and tries to delegitimize Republican wins. Look at Bush in his first race. And with Trump’s win, we have ,for the first time, Democrat officeholders coming out and speaking … CONTINUED

Is 2020 going to be our next Y2K year? Feelings of gloom exist

Remember the trepidation that was running through the country and the world when we were approaching the year 2000?  I was watching a special on that the other day, and I realized I had forgotten the uncertainly we were feeling and the warnings being put out by the media telling us about the multitude of systems that could fail when 1999 turned into 2000.  I think the worst thing I experienced was putting the wrong century on my checks.  Trying to correct that usually ended up with voiding the check or checks because there was no good way to make a two … CONTINUED

The November state revenue report was released earlier this month, and sales tax revenue was more than $35 million above the state estimate.

Several new laws will be effective, on Jan. 1, 2020, some of which are of specific interest to many White Countians.

When school resumes on Jan. 6, 2020, students at Findlay Elementary School will all be seated in new classrooms.

“We are excited to be opening this new school, in Sparta, not only for the Findlay family but for all of White County,” Kurt Dronebarger, director of schools, said as he welcomed the community to the new facility during an open house, on Dec. 23. “This state-of-the-art facility is a testament to our school board’s commitment to excellence. We know that the community will be proud of this school and that it will serve the students of Sparta well for decades to come.” 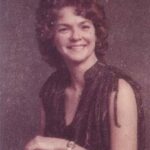 She was a working mom, but she always made her children     anything they wanted for breakfast and made sure dinner was on the table with fresh bread of some kind. Mrs. Essigmann worked hard all her life. She was a very vibrant, energetic and driven woman. As an adult, Mrs. Essigmann completed her GED to further her education. She took pride in her appearance and made sure she was always presentable and physically fit. Mrs. Essigman was … CONTINUED 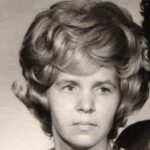 Mrs. Johnson was born March 18, 1939, in Walling, to John Fisher and Venia Thelma Sparkman Fisher.  She retired from Thomas Industries after 41 years of service. She loved going to yard sales and was a huge fan of the University of Tennessee athletics and Elvis Presley.

Surviving family members include her husband of 50 years, in a relationship that all started with … CONTINUED