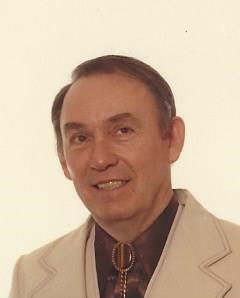 Bobby Neil Anderson, 92, of Beechmont, passed away May 12, 2019, at Maybelle Carter Living, in Madison, Tennessee.

Mr. Anderson was born Sept. 14, 1926, in Muhlenberg County, Kentucky. He was a newspaper publisher and member of Union Hill Baptist Church, in Goodlettsville. He was the previous owner of The Expositor newspaper, in Sparta. Mr. Anderson also worked for the Times Argus and was manager of WMTA radio station. He was the editor and publisher of the Trenton Weekly Gazette and was a songwriter and author. Mr. Anderson was also a U.S. Army veteran.

He was preceded in death by his wife, Logie Anderson, and a daughter, Vicki Copeland.

Funeral services will be 11 a.m., May 16, 2019, at Tucker Beechmont Funeral Home, in Central City Kentucky, with burial in Old Hebron Cemetery, in Kentucky. Tom Sexton will officiate. Visitation will be 7-9 p.m., May 15, at the funeral home.

Tucker Beechmont Funeral Home, in Central City Kentucky, is in charge of arrangements.