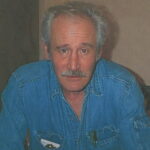 Mr. Bumbalough was born Jan. 21, 1948, in Monterey, Tennessee, but spent most of his life in Jay County, Indiana.

Mr. Bumbalough gave to all of his family and wanted everybody to celebrate life.

The family requests that donations be made toward funeral expenses, American Cancer Society, or Wounded Warrior Project.

The family has chosen cremation. A military memorial service will be at a later date, at the Nashville National Cemetery, in Madison.

Jennings Funeral Homes, of Jamestown, is in charge of the cremation.