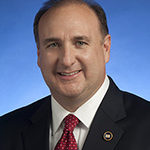 As the 2017 session of the Tennessee General Assembly gets closer to adjournment, Senate action this week will primarily center on the state budget. The Senate Finance, Ways and Means Committee received Governor Bill Haslam’s amended budget proposal last Tuesday which makes several improvements and adjustments to the original plan submitted to lawmakers on January 30. The appropriations amendment is customarily introduced in the final weeks of the legislative session for consideration and approval by the General Assembly.

The budget is the only bill the General Assembly has a constitutional obligation to pass.

Law Enforcement / Military — The full senate unanimously approved legislation I am sponsoring to enhance penalties against those convicted of intentionally selecting their victim because of his or her status as a uniformed law enforcement officer or member of the armed forces. Senate Bill 1342 was inspired by the many brave men and women in uniform, who have lost their lives, were injured or targeted simply because of their jobs as protectors of the community.

This legislation aims to send a clear message that these dangerous criminals reprehensible behavior will not be tolerated and that they will be held accountable to the fullest extent of the law.

Under the bill, the enhancement factor would be considered by the court at the time of sentencing. The law also applies to members of the Tennessee National Guard.

In addition, the State Senate passed legislation adding penalties to current law which forbids the release of private information regarding law enforcement officers to protect them and their families from being targeted. Presently, it is unlawful to release nonpublic information regarding police officers, such as a street address, city, state, and zip code, but there is no punishment attached to the crime. Senate Bill 467 makes the offense a Class B misdemeanor, punishable by up to a $500 fine for the negligent unauthorized release of an officer’s residential address. If the release is intentional, the crime would be punishable as a Class A misdemeanor.

History in Schools – Moving to education, the Senate has overwhelmingly approved a bill that would require Tennessee’s public schools to go back to teaching at least one full semester of Tennessee history. Senate Bill 631 is named for the late Senator Douglas Henry who was a great advocate of Tennessee history and devoted much of his public life to its cause.

As amended, the semester of Tennessee history would be carved out between grades 4 and 8 – a detail to be worked out by the Tennessee Board of Education and local school systems.

The bill complements a system under which the subject of Tennessee history is presently “embedded” into U.S. history classes in grades 4, 5, 8 and 11. The embedded system, however, is piecemeal and does not call for the “story” of Tennessee to be taught. It is hoped that the embedding of facts will have more meaning when students have the background information necessary to understand how they fit. It is also hoped that the half-year of Tennessee history will get students excited about their state and about being engaged in public service.

Sponsors intend to work with the Department of Education and the Standards Review Committee where it is currently worked into the curriculum to implement this proposal without causing disruption to the process or adding burdens on our teachers.

Similarly, the full Senate approved legislation designating the week of September 17th as “Celebrate Freedom Week” in Tennessee public schools.   The timing coincides with Constitution Day, which is also known as Citizenship Day, commemorating the formation and signing of the U.S. Constitution on September 17, 1787.   Senate Bill 1152 is designed to emphasize the teaching of the country’s origins with an emphasis on the founding documents during that week.

The State Department of Education will provide local education agencies (LEAs) with online resources and materials for instructional use during Celebrate Freedom Week. The local schools would then have latitude in how they want to teach it.

Child Abuse – Finally, the full Senate passed to broaden the definition of child endangerment to protect children at great risk of harm. Senate bill 310 includes actions by a parent who knowingly exposes or fails to protect a child from abuse or neglect, placing the child in imminent danger. Tennessee law defines imminent danger as “the existence of any condition or practice that could reasonably be expected to cause death or serious bodily injury.” Broadening this definition would mean that a child under the age of eight years old does not have to exhibit signs of physical injury to be considered endangered. An example would be a young child who is in a ‘drug house’ and it is obvious that the child could pick up a pill, a syringe, or walk across glass. This legislation gives law enforcement the tools to rescue them before greater harm occurs, even though the child does not display current physical injuries.