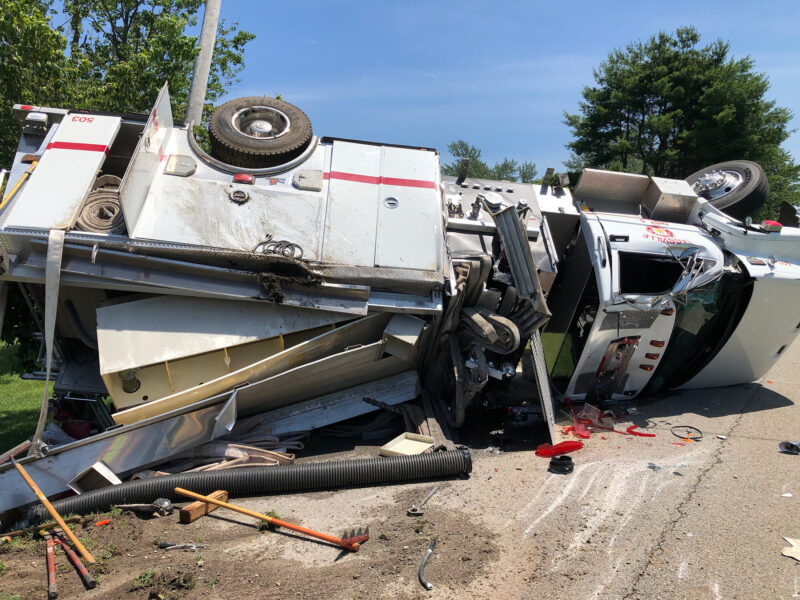 Members of the Cassville Volunteer Fire Department, while responding non-emergency, to a vehicle crash, on Smithville Highway, were involved in a collision of their own.

Cassville Assistant Chief David Barriger reported the driver was traveling non-emergency to assist with traffic when he met a car. Reportedly, the operator of the fire truck exited the road with the right side in an effort to give the car plenty of room. When the fire truck entered the roadway again the fire truck lost control and rolled over.

The driver was restrained and suffered only scrapes.

According to Cassville Volunteer Fire Department officials, the fire truck will be a total loss.

Barriger stated, “We are still capable of responding to fire calls, and, with mutual aid agreements already in place, we can still provide the same level of service.”

Tennessee Highway Patrol is in charge of the investigation.