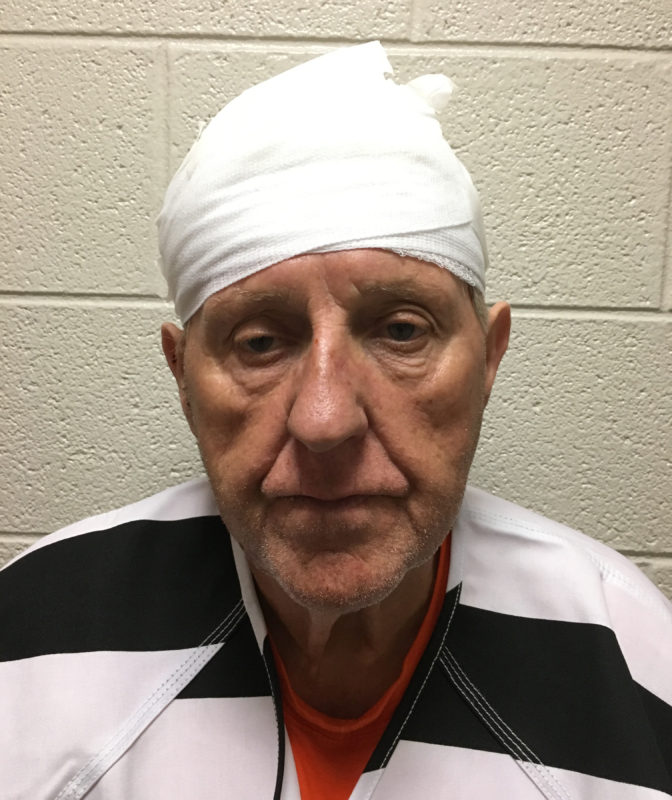 A joint investigation by Special Agents with the Tennessee Bureau of Investigation, the Crossville Police Department, the Cumberland County Sheriff’s Office, and the office of the 13th District Attorney General has resulted in the arrest of a man who is charged in connection to a double homicide that occurred Friday afternoon.

According to a press release from the TBI, on Sept. 14, 2018, at the request of 13th District Attorney General Bryant Dunaway, TBI Special Agents joined the investigation into the deaths of two people found at the Cumberland County School Bus Garage located along Genesis Road. Just before 2:30 p.m., officers with the Crossville Police Department responded to a reported shooting at that location and found the bodies of Joy J. Nostrom (DOB 7/16/60) and Mark Gunter (DOB 7/16/64). Joy Nostrom’s husband, Warren Nostrom, was also found injured with an apparent self-inflicted gunshot wound. He was airlifted to a local hospital where he was treated for his injuries and released.

This morning, Warren Nostrom (DOB 6/27/44) was arrested and charged with two counts of First Degree Murder. He was booked into the Cumberland County Jail on a $4 million bond. The investigation remains active and ongoing.