Dixon and Fowler are arrested on several offenses including drugs 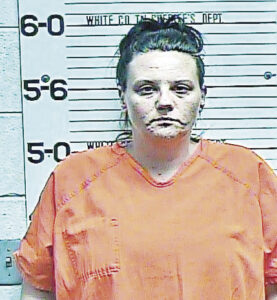 A White County deputy arrested two subjects on Independence Day after the driver of a vehicle that was moving slowly in the middle of the road reportedly attempted to evade arrest.

Sundra Lachelle Dixon, 39, of Sparta, was the driver of a green Honda that was observed by Deputy Jared Denton, of White County Sheriff’s Office, at approximately 7:30 p.m., July 4, 2019, on Verna Qualls Road. According to the arrest warrant, Denton turned his patrol car around and began following the Honda after he observed the manner in which the vehicle was being driven. Reportedly, once Denton was behind the Honda, the driver “floored it.”

According to the arrest warrant, at the bottom of Verna Qualls Road, the Honda pulled into a driveway, while the driver and the passenger were reportedly tossing items out the window. Once the Honda stopped, the 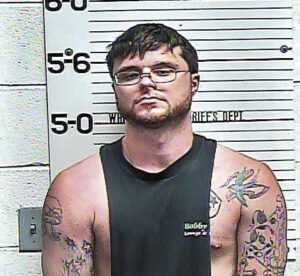 passenger, which was Jared Thomas Fowler, 27, of Sparta, opened the door and reportedly tossed a weapon. Denton then detained Dixon and Denton.

Dixon and Denton were found to have reportedly thrown out some syringes, with one containing a clear liquid substance believed to be meth. The syringe was sent to the crime lab for identification. The weapon Fowler had reportedly tossed was found and identified as a 1911 pistol.

According to records from the White County Justice Center, Fowler was charged with possession of a weapon by a felon, simple possession schedule II, and possession drug paraphernalia. His bond was set at $7,000. Fowler’s initial appearance in court was July 9, 2019.

Dixon was charged with evading arrest, possession of drug paraphernalia, and simple possession schedule II. Her bond was set at $7,000. Her initial appearance in court was July 9, 2019.