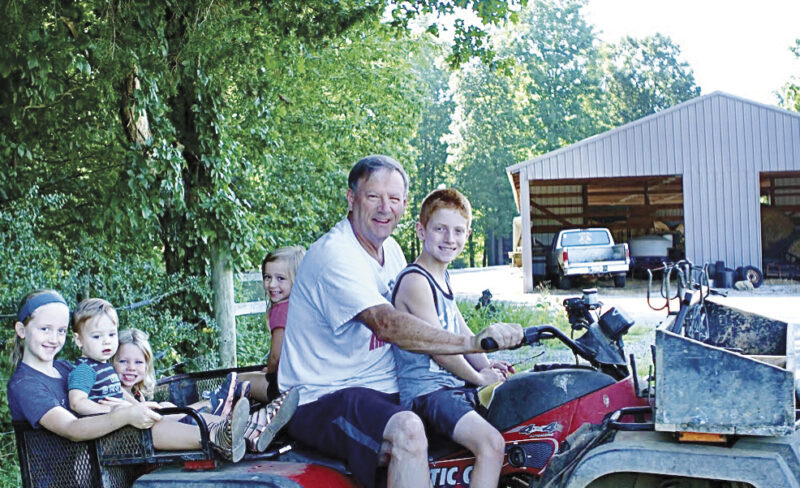 After more than 34 years, Dr. Alan Drake has decided the time has come to retire from the private medical practice he opened, in August 1985.

Drake, who has family roots from Sparta but grew up in Michigan, moved to Sparta when the White County Hospital recruited him to open an independent practice. He said that he and his wife quickly fell in love with the area and the people and knew from the beginning this was the place they wanted to call home.

“The funny thing is, I knew my father was originally from Tennessee, but I didn’t realize he was from Sparta,” Drake said and added that his uncle reminded him that Sparta was his father’s hometown. “After I bought my house, I found out it was less than a mile from where my dad was born.”

Drake, who said he has enjoyed family practice because it has allowed him to get to know his patients’ stories and, in a way, live their lives with them, also practiced obstetrics for the first 16 years he was in Sparta.

Drake told of one delivery in which he was able to deliver a baby and take her to see her grandfather in another wing of the hospital so he could have the joy of meeting his granddaughter before he passed away. He told of leaving softball games and rushing to the hospital to help an expectant mother deliver her baby.

But, as his own children got older and began being involved in activities of their own, Drake said the time came when he had to make the decision to give up obstetrics so he could commit more time to his own family.

“It’s nice having raised my children in a small town,” he said. “I didn’t miss much. I can probably count the number of their events I’ve missed over the years. If I had chosen to practice medicine in a big city, I would have missed so much more.”

Drake said that family care has definitely been his passion over the years.

“It’s all about solving problems, kind of like a puzzle,” he said. “You have to really get to know your patients and investigate not only what is wrong but what resources they have to be able to care for themselves and their health. It is very rewarding to reward people to good health.”

Of course, like anything else, Drake said the practice of medicine has changed over the years.

“I’m a dinosaur,” he laughed. “Ninety-eight percent of practitioners don’t go in to private practice any more. They work for a corporate medical office.”

The type of practices that make up the majority of the medical field isn’t the only thing that has changed over the years since Drake has been caring for the people of Sparta. He has seen the management and billing side of his office go from pen and paper to primitive software programs to a more high-tech approach. He has gone from hand writing patient notes to dictating them on a recorder to entering everything into a laptop while he is with the patient.

“You would be surprised, but one of the greatest changes has been the cell phone,” he said. I remember getting a page and being at a ball game and having to go to the nearest house and ask if I could borrow their phone. That first satellite phone – the one in the big bag – was such a game changer. It made being on call or getting information for my patients so much easier.”

Drake says what he will miss most is the interaction with the people.

“People have grown up with me,” he said about what he calls a wonderful relationship he has with the people of Sparta. “They know us, and we know them.”

But, he won’t be completely gone from the medical scene. Drake will continue to work as a hospitalist at Saint Thomas Highlands Hospital, in Sparta, a position he has held for the past five years, which means he will be caring for patients every other week. He will also be the supervising doctor for the Katina England Huff, PA-C, who will be opening her own practice on Jan. 2.

“I’m going to stay busy, but there’s going to be time for fun and family, too,” he said.

Drake said he would like to explore the entire U.S., state by state as well as attend more live sporting events. He also has plans to get involved in more service and mission work. Of course, his biggest plans are to become very involved in the lives of his five grandchildren.

“I am giving up something I love,” Drake said about facing his semi-retirement with mixed emotions. “But I am giving it up to do something I am going to love even more.”

Note: All of Dr. Drake’s patients, friends, and acquaintances are invited to celebrate his retirement with him beginning at 2 p.m., Saturday, Jan. 4,  at Sparta Church of the Nazarene, at 1787 Smithville Highway, in Sparta.