Eagles three-peat as District 6A Champs, Eaglettes fall short in their championship try 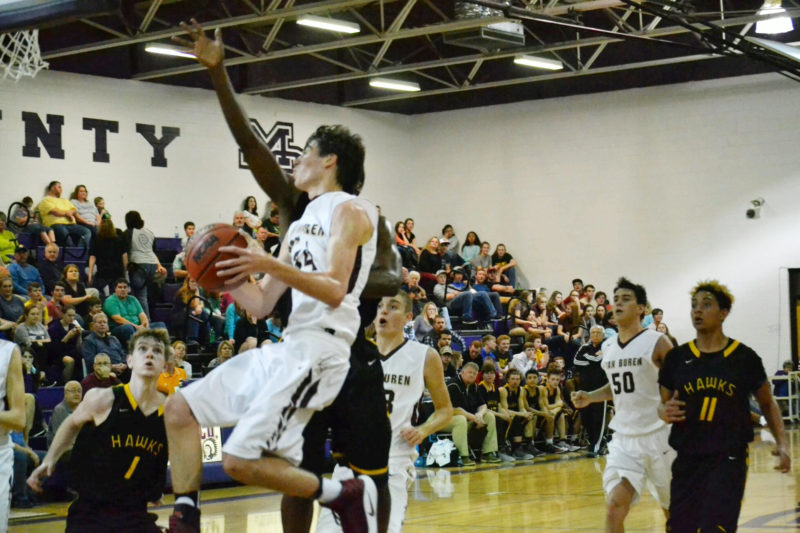 Jacob Crain goes up for a layup in Tuesday night’s win over Richard Hardy. (Photo by STEPHANIE SULLIVAN)

On Tuesday night, the Van Buren High School Eagles took on the Richard Hardy Hawks for the District 6A Championship. The Eagles defeated the Marion County Warriors, on Saturday, 77-60 to get to the championship game. The Eagles used a big second and third quarter to get to the secure the Championship and win by a final score of 74-53.

In the Eagles game on Tuesday night, the Eagles jumped out to an early 20-16 lead at the end of the first quarter.

In the second quarter, the Eagles expanded their lead outscoring the Hawks 19-11, and the Eagles took a 39-27 lead into the locker room.

In the third quarter, the Eagles were able to outscore the Hawks 24-12 and lead 63-39 after three quarters of play.

In the final quarter of the game, Richard Hardy tried to make a comeback outscoring the Eagles 14 to 11, but the Eagles outlasted the Hawks and won by a final score of 74-53.

Leading the Eagles in scoring was Caden Mills with 27 points. Jared Binkley chipped in 12 points, and Austin Miller came away with 11 points. Other scorers were Bo Walker 8, Jacob Crain 8, Sawyer Shockley 3, and Hunter Evans 5.

This was the third straight district championship for the Eagles. After the game Head Coach Dustin Sullivan had this to say about his team play in the District Tournament, “Richard Hardy played well, and we thought they would. The guys did a good job staying focused and not resting on what happened during the regular season. We had a lot of players step up and make big plays at different moments.”

When asked about the region tournament, he had this to say, “Region Tournaments are always intense, and anything can happen. Our job is to stay focused on the next game and not get caught looking ahead.”

The Eagles will find out whom they play in the region tournament, on Saturday, at VBHS, at 7 p.m. ,on Wednesday, but that information was not available at press time.

Check SpartaLive.com for brackets, locations, and information for the Region Tournament.

In the Eaglettes championship game on Monday night, The Eaglettes faced off against Marion County. Marion County went undefeated during the regular season and hosted the district tournament this year.

In the first quarter on Monday night, The Eaglettes held a narrow 13-12 lead.

In the second quarter, Marion County outscored the Eaglettes 23-17 and took a 35-30 lead into the half.

In the third quarter, Marion County blew the game open outscoring the Eaglettes 23-10, and led 58-40 at the end of three quarters of play.

In the final quarter of the game, the Eaglettes tried to make a comeback outscoring the Marion County 16-12, but Marion County was able to hold on to the lead a secure a 70-56 victory.

After the game, Head Coach Tyler Sapp had this to say about his team’s performance, “We had a solid game plan in place for the championship game. We forced their other players to step up and make shots, and they did. Even though we fell short of our goal, we played hard, physical, and with a lot of heart. All of our girls stepped up and excelled in their role, and I couldn’t be prouder of them.”

When asked about the regiona tournament coming up, he had this to say, “One of our goals was to host a region tournament game, and we achieved that. But we are not satisfied on obtaining only that goal, and we want to be playing for the region championship next Wednesday.”

The Eaglettes will find out whom they play in the region tournament, on Friday, at VBHS, at 7 p.m., on Wednesday, but that information was not available at press time.

Check SpartaLive.com for brackets, locations, and information for the region tournament. 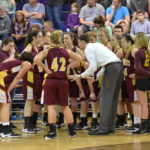 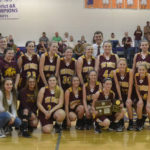 Here are all the members of the Eaglettes basketball team. The Eaglettes will play again on Friday at 7 p.m. at VBHS (Photo by Michelle Christian) 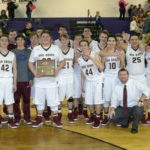 All the members of the Eagles basketball team -the Eagles will play again on Saturday at 7 p.m. at VBHS. (Photo by Stephanie Sullivan) 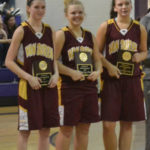 These are the members of the All Tournament team from the Eaglettes (L-R): Tilly Dodson, Mallory Christian, and Kinzie Johnson (Photo by Michelle Christian) 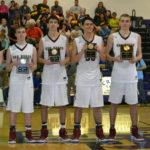 These are the four member of the Eagles team who made the All Tournament team (L-R): Austin Miller, Jacob Crain, Jared Binkley, and Caden Mills. (Photo by Stephanie Sullivan)