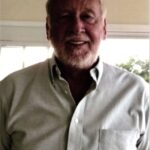 He worked at Mallory Timers from 1969 until its closing. Mr. Guy was an avid fisherman, especially crappie fishing. If he was not fishing, he could be found on his John Deere tractor. He loved spending time with his family with a good cup of coffee on his front porch.

Hunter Funeral Home was in charge of arrangements.