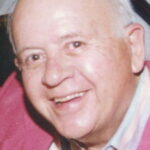 He grew up in rural White County, Tennessee, in the Walling community.  He attended and graduated from White County High School, and, upon graduation, he immediately left for service in the U.S. Coast Guard, during World War II.  Upon being honorably discharged, he entered the University of Tennessee and then completed his requirement for a Bachelor of Science degree in education from Tennessee Technological University and began a career in education that saw him go on to achieve his M. Ed and Ed.S. degrees from the George Peabody College for teachers.

Mr. Cotten was principal of Findlay Elementary School, in Sparta, 1949-1950.  He applied for and was hired as principal of Gordonsville High School, 1950-1955, and of Watertown High School, 1955-1958.  In 1958, he became the superintendent (now director of schools) of the Wilson County schools.  He served in this position until 1962 when he resigned to take the position of executive secretary of the Tennessee School Board Association.  He was simultaneously attending night law school and received his Doctor of Jurisprudence, in 1962.  He subsequently began the practice of law, in September 1965, and actively practiced until his retirement, in 2009.

He was a lifelong member of the United Methodist Church and served in many capacities, notably as teacher of the J.O.Y. (Jesus Others Yourself) Sunday school class for over 30 years.

Mr. Cotten devoted/dedicated his life and unconditional love to his family.  He was a “straight shooter.” If you asked him a question, you would get a straight answer, and he expected the same from others.  He loved to tell jokes and make people smile.  His generosity was legendary and a role model for all of us.  He loved his family, farm, black Angus cattle, cigars, tomatoes, buttermilk, the Tennessee Volunteers, and, of course, Cracker Barrel.

He was preceded in death by his parents; his beloved and devoted wife of 61 years, Joanne; a son, Ernest Cotten Jr.; five brothers; and six sisters.

Honorary pallbearers will be the Lebanon Lions Club and the attorneys of the 15th Judicial District Bar Association and Brownie Hall.

The family would like to express its deepest appreciation and gratitude to the caretakers at the Pavilion Skilled Nursing/Rehabilitation Center and the Pavilion Assisted Living staff.  He loved you guys!  Also many thanks to Dr. Rob Woods, Dr. Hardie Sorrels, Dr. Ted Bushman, Barbara Wolf, and the staff at Tennova/Vanderbilt Wilson County Hospital (especially Katie Ward, R.N.)

Memorials may be made to First United Methodist Church, in Lebanon,  Music Department.

Ligon and Bobo Funeral Home of Lebanon is in charge of arrangements.