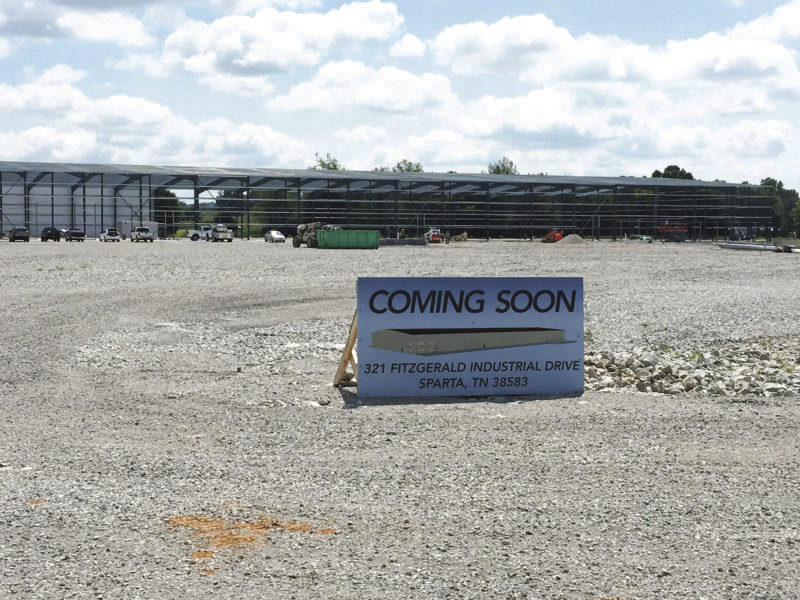 Fitzgerald Industrial Park is once again growing and expanding, which will continue to increase the chances for more industrial development in White County.

Developers of the Fitzgerald Industrial Park, formerly known as Upper Cumberland Regional Airport Industrial Park, are constructing a second large commercial building as the park just completed construction on a its first quick-turn spec building that already has a tenant. LanMills Company will become the new tenant of the first quick-turn building and will be bringing 100 jobs to White County. (See the top story in today’s edition.) The second building is slated to be 100,000 square feet, just like the one that will be occupied by LanMills.

Bob Rolfe, Tennessee Department of Economic and Community Development commissioner, and Fitzgerald Collision and Repair announced earlier this year that the company would undergo a major expansion in the Upper Cumberland region. It was then announced the business would locate in White County.

On Aug. 7, 2017, Tennessee Tech University, Tennessee College of Applied Technology in Livingston, and the Fitzgerald automotive companies announced a new public-private sector partnership. This partnership will support research, education and training in the region, and promote optimization in the trucking industry.

With this new partnership, Fitzgerald announced the development of the Fitzgerald Technology Complex that will be built at the Fitzgerald Industrial Park, in White County. This new complex will house the Tennessee Tech Center for Intelligent Mobility.