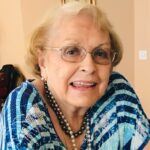 She worked at Mallory Timers for nearly 30 years and was a member of Free Will Baptist Church of Sparta. When she had time, she enjoyed visiting friends and family.

Funeral service will be 11 a.m., Feb. 8, 2020, at Hunter Funeral Home, with burial in Lost Creek Cemetery. The family will receive friends 4-8 p.m., Feb. 7, at the funeral home. Rudy Oakes will officiate.