From Bon Air Mountain to the Tennessee Aviation Hall of Fame 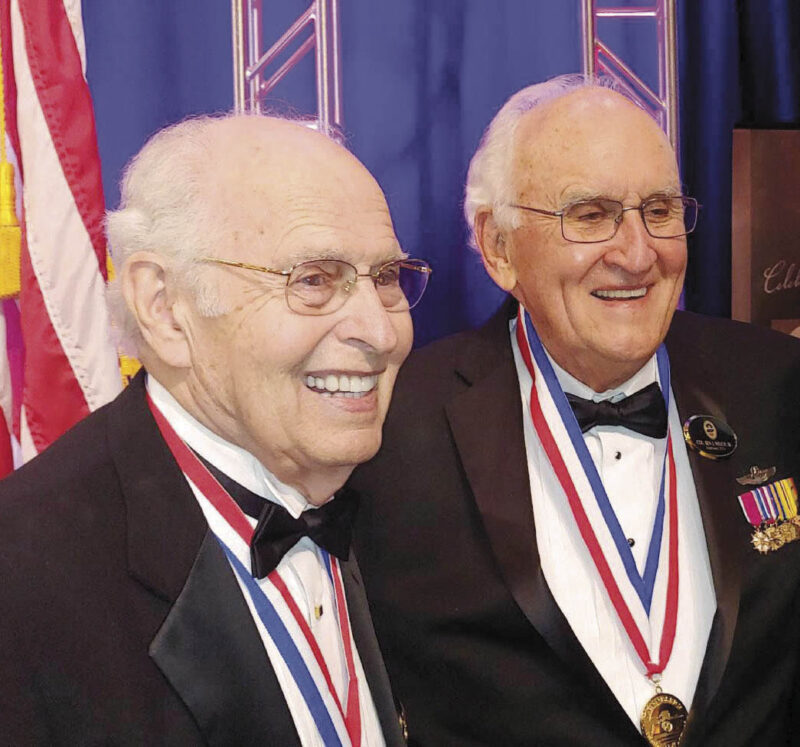 Col. Ben Joseph Welch (right), formerly of the Bon Air community of White County, is pictured with another inductee into the Tennessee Aviation Hall of Fame.

Col. Ben Welch, born and raised on Bon Air Mountain, was inducted into the Tennessee Aviation Hall of Fame, on Nov. 2, 2019, during the association’s annual gala in front of over 450 people, including close friends and family.

“I was overwhelmed to be involved in something like this,” Welch said about receiving the honor. “I had been to the gala several times before, and it was always an honor to rub shoulders with Hall of Famers, but I never thought I would be one of them.”

In fact, when he first received the letter informing him of his selection as one of 2019’s inductees, Welch thought some of his buddies were playing a joke. He said he ignored the letter, assuming the prankster would reveal himself by asking about it. But it wasn’t a joke, and, when Welch received a second letter, he called a friend asking if it was real. 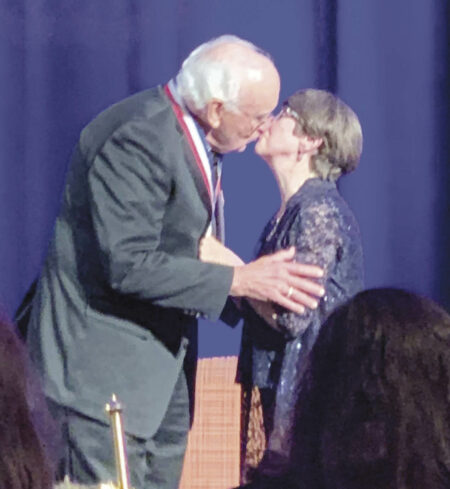 From his family roots of Bon Air to traveling the world, Col. Ben Joseph Welch is humbled by his recent honor as one of the newest members of the Tennessee Aviation Hall of Fame. Col. Welch shares this proud and happy moment with his wife, Kathleen, who has been by his side throughout his exciting, and sometimes dangerous career, in the military.

“I knew one of my friend’s had nominated me,” he explained. “But I had called him and asked him to take my name off the ballot. There was no way some guy from Bon Air was going to be selected to be honored alongside astronauts, national pilots, and military generals.”

But his friend didn’t follow his instructions – the letter was for real – and that “boy from the mountain” in White County was indeed selected to stand among generals and astronauts.

Welch, who took his first $2 flight at age 13 in an Aeronca Champ at Crossville, then realized his only ambition in life was to become a pilot. The 1953 White County High School graduate attended Tennessee Tech as an aviation cadet, which allowed him to complete two years of college and then enter the service as a second lieutenant.  Welch joined the Air Force, on July 2, 1956, and graduated from the cadet program, “earning his wings” in December 1957.

His first flight as a pilot was in the then world-record setting RF-101 Voodoo, which was the first to be able to cross-country with super sonic speeds. Welch spent a year in Vietnam flying C47 aircraft and C47 electronic warcraft.

After returning from Vietnam, Welch continued his military service with the Tennessee Air National Guard where he spent 20 years flying the C-130 Hercules, a four-engine turboprop military transport aircraft. He became the squadron commander of the 105th Old Hickory Squadron, the second oldest Air National Guard squadron in the country. It only took him three years at this post to become a full colonel and then head back to active duty as an Air National Guard advisor.

Welch spent time in Egypt as a commander of over 800 men and women, and then, in the 1990s, he was chief of command for a post during the first Gulf War in Kuwait. His service time also saw him spend a month in Antarctica where he was completing surveys for the Air National Guard.

His worldwide assignments and a variety of leadership positions earned him numerous awards and decorations, including a National Defense medal, humanitarian medals, and three Vietnam War medals as well as an air medal with Silver Oak Leaf Cluster. However, Welch said the awards of which he is most proud are his Allegiant Merit Award, Distinguished Flying Cross, and a Meritorious Service Medal.

In 1994, Col. Welch retired as the oldest active duty USAF officer on flying status, but his flying didn’t stop. Welch purchased his own plane and continued to fly and mentor young pilots. 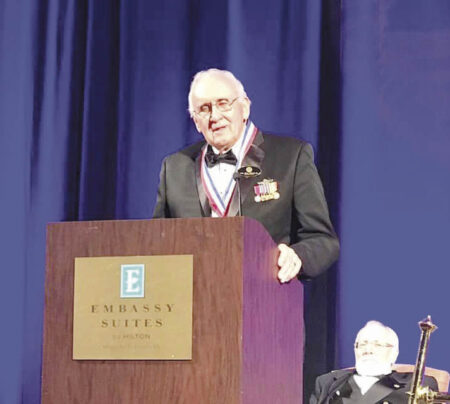 After moving to Fairfield Glade, not too far from his childhood home on Bon Air, he became a charter member of the Civil Air Patrol (an Air Force auxiliary program) at Crossville Memorial Airport. Welch said the CAP provides search and rescue services for Tennessee Emergency Management Agency as well as providing aid for national disasters.

With all his accomplishments, meritorious military career, and outstanding service, the only one surprised by his induction into the Tennessee Aviation Hall of Fame is Welch himself.

“It’s a long way from Bon Air mountain to the Hall of Fame,” he laughed before turning serious and adding, “but you don’t get there by yourself. You look back across your career, across your whole life, and you see some fortunate circumstances, some lucky breaks you got. Sometimes you just happened to be with the right people at the right time, and you think, ‘Was it really me, or was it Jesus?’ and I know the answer to that.”