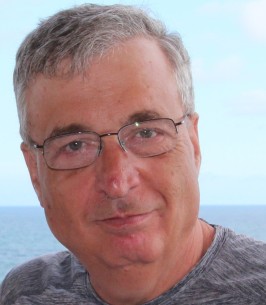 Hal learned to play golf as a young boy and enjoyed playing throughout his adult years. He was an avid bicyclist, history buff, and a huge South Carolina Gamecocks and MTSU fan. He enjoyed reading, politics, and, most of all, spending time with his family.

Hal met the love of his life, Sandy, and they were married Sept. 13, 1996. They enjoyed 23 wonderful years together and made memories to last a lifetime. He was loved by their children and loved being “Poppa” to their grandchildren, who adored him.

He graduated from Irmo High School, in Irmo, South Carolina, in 1973, and began his collegiate career at the University of South Carolina. After two years, he moved to Shelbyville, Tennessee, and finished his education at MTSU, in Murfreesboro, with a degree in accounting. He soon began his career with the City of Lebanon, where he retired after 30 years, as the commissioner of finance. He furthered his career as the finance director for The Village at Richton Park, in Illinois, and retired from that position, in 2015. Hal made many life-long friends along the way and cherished their years together.

Hal was preceded in death by his mother; his father-in-law and mother-in-law, Gene and Evelyn Cody; and one sister-in-law, Susie Sherrell.

A memorial service will be 7 p.m., April 17, 2019, at Oak Lawn Funeral Home, with Michelle Brooks-Young officiating. The family will welcome friends 5-7 p.m., April 17, at the funeral home.

In lieu of flowers, the family has requested donations be made to White County Public Library. Donations can be made by contacting the funeral home.