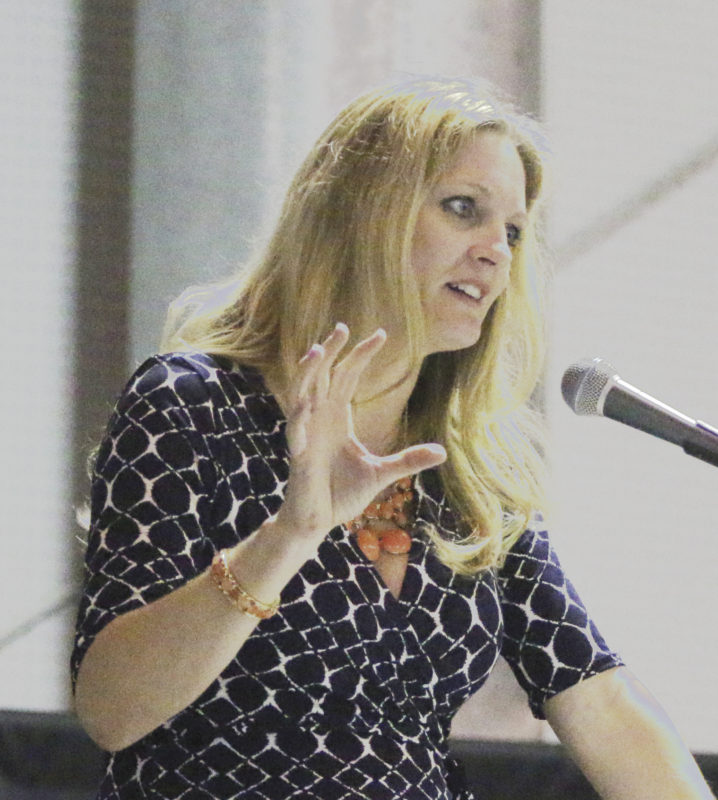 Sparta’s hometown sports standout during her high school career, Kellie Jolly Harper, and the Missouri State Lady Bears have taken claim to the name Cinderella as they advance to the Sweet 16 of the NCAA Tournament.  The Lady Bears are now the lowest seed that is still in the big dance.

“That was amazing,” Lady Bears head coach Harper said in awe. “I’m so proud of this team, and I think the thing that makes me the most proud is the way we just went out and played basketball the way we’ve been playing and we were able to win it by doing it our way. This is a dream come true.”

Missouri State started quickly by knocking down their first three shots of the night – great defense and a strong will to win; they never let the atmosphere get to them.

As Harper stated, “ We do what we do, shoot, pass, and rebound.  Our goal going into the game was to defend, and we did that.  We beat a very good Iowa State team.  We were poised the entire time. I thought everyone who played, played with great poise. We made big shots. Different people hit big shots. We made big plays. We came up with big shots when we absolutely had to have them. It’s amazing; it’s what you dream of. So many great programs are watching us play now. It’s so hard to get here, and you have to go out there and play.”

The Lady Bears take on Stanford, on March 30.  Game time is TBA.