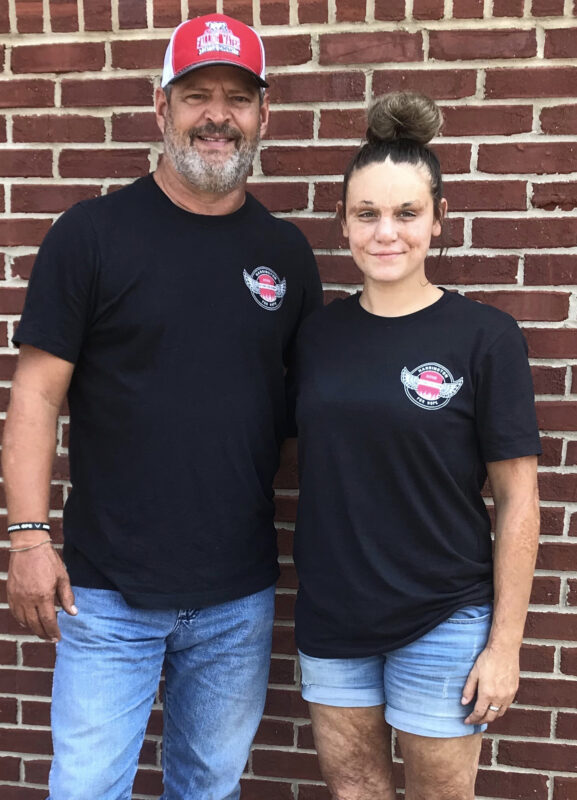 Living life “Beyond the Burns,” that’s the mindset of Mitch Harrington as he makes an effort to take a situation of horror and turn it into an outlook of hope and healing. Harrington For Hope is set to host its second annual event this Sat., Sept. 14., raising funds for Camp Hope, a summer camp for children who are burn survivors.

Providing a week of physical and emotional healing for children who have suffered burn injuries, Camp Hope is open to burn survivors between the ages of 6 and 16 years old who have sustained burns and were admitted to or treated by a burn center.

Harrington, a lieutenant with the Cookeville Police Department, holds a special place in his heart for burn survivors, especially those who are children.

It was only three years ago that Harrington found himself fighting for his life after entering a burning home in an effort to save the lives of others. After an unexpected explosion in the home and being pulled from the blazing inferno by fellow police officers, the lieutenant spent a month in the Vanderbilt Burn Center in Nashville.

It was there that Harrington learned of Camp Hope and met Rebekah Lemley, a burn center nurse who also served as the camp’s director. She noted that the biggest struggle as camp director was funding. Harrington vowed that he would make it a lifelong goal to help fund the camp. Last year, for its inaugural event, Harrington For Hope raised more than $14,000, allowing no child to be turned away for the 2019 camp.

It was also in 2019, just prior to camp, that Lemley unexpectedly passed away at the age of 35. Harrington knew that this only created more need to sustain the camp and the healing of its campers.

“The impact Rebekah has had, in her role as a burn unit nurse, as Camp Hope director, and the countless other causes she was involved in during her short time on this earth, is inspiring,” said Harrington. “So, this year, we are honoring her. We will have memorial shirts and posters and will share a special announcement as we work with the Lemley family and the Vanderbilt Burn team in enhancing the futures of Camp Hope kids even further.”

“Harrington For Hope is my way of giving back, a way to say thank you to all of those who helped and prayed for me after the fire, and to pay it forward for these kids,” added Harrington. “It is emotionally healing for me as well, to have an impact in providing a fun experience, free of judgement, where everyone has scars, and these kids can just be kids.”

One of Camp Hope’s long-time campers, Mckenna Barbee, will join the Harrington For Hope team as a special guest to celebrate the life of Rebekah. Lemley was her first nurse after being severely burned in a fire at her grandfather’s home as a young child. Multiple surgeries along with several years of recovery, and Barbee is now living “beyond the burns.”

The BlackSheep followed by The Chillbillies

For more information about Harrington For Hope, go to facebook.com/HarringtonForHope or email harringtonforhope@gmail.com.