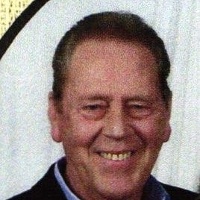 The world has lost a true Southern gentleman, an honest and simple man, who believed what was right was right and what was wrong was wrong. John could sometimes be very blunt with his words, but you always knew where he stood. He was proud to have served his country as a United States Marine, with two tours to Vietnam from June 1966 to June 1973.

John passed away at his home in the Cassville Community, with his loving wife, Brenda, by his side.

He was a welder by trade and owned his own welding company that specialized in heavy equipment repair.  The demand for his work took him all over the southeastern United States.

In addition to his parents, he was preceded in death by his brother, Paul Wilson.

John and Brenda appreciated all the help from NHC Homecare and the Veterans Clinic, in Cookeville. A special thanks to Mike Kerr with White County Ambulance Service and Shannon Jenkins of the White County Sheriff’s Office. Both of these individuals went way beyond their duties to assist during this tragedy.

Thank you for all the prayers from numerous churches. John was allowed to pass to his eternal life from his home with his wife at his side, which was what he wanted. It was also at his request to have a private graveside ceremony, at 11 a.m., July 11, 2019, at Old Zion Cemetery.