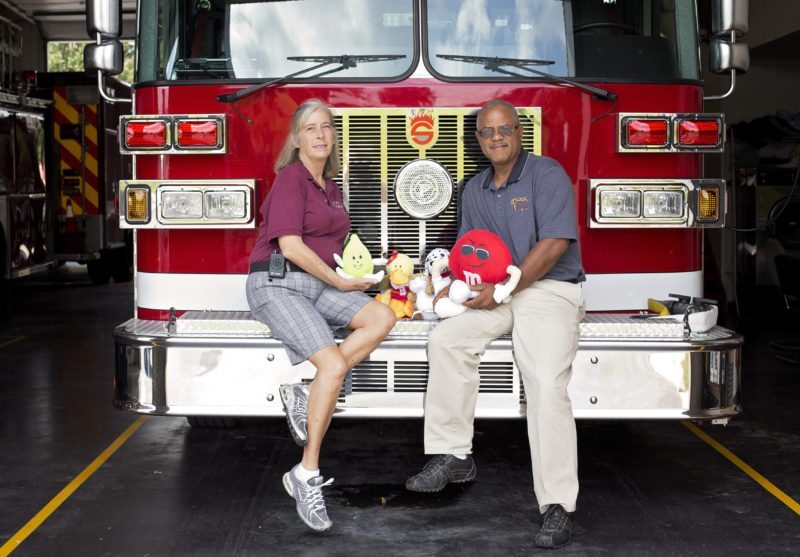 During a wreck or a fire, the fear a child experiences can be overwhelming.

The Kids for Kids program aims to quell that fear just a little bit, with the gift of a stuffed animal to a child from emergency personnel, in the midst of what is the scariest moment of a child’s life.

Sparta firefighter Mary Beth Clouse says this is the first time a Kids for Kids event has been held in conjunction with the White County Fair, which is allowing children 16 and under to bring a new stuffed animal to the fair, 4-9 p.m., on Sept. 6, 2016, to receive free admission into the fairgrounds.

Free admission into the fair does not include ride tickets.

Clouse says the stuffed animals collected will be divided among White County Emergency Medical Services, Sparta-White County Rescue Squad and all 10 fire departments to keep on their emergency vehicles to give to children, whether they have been in a crash, have lost everything in a fire, or have been injured and are being transported to the hospital.

A large donation was made in the past by a White County church, but the emergency departments quickly depleted the collection of stuffed animals, leading Clouse to coordinate the event with the fair board, in an effort to collect enough toys to distribute among the emergency services departments.

Although there is no set price point for the stuffed animals, they do have to be new to receive free fair admission.

During the Kids for Kids event, Blaze the Fire Dog will be at the fair to visit children.

“It’s a good thing for our community to come together to support people who have been affected by tragedy and to help a child who has experienced a tragic event,” Sparta Fire Chief Kirk Young stated.

Clouse said flight medics with Life Force and Life Flight have stated they have found children who are being flown by medical helicopter for treatment take great solace in having a stuffed animal to hold.

Additionally, when a child has lost everything in a fire, to be given a single toy could make a great impact, Clouse explained.

Additional donations of stuffed animals, either new or lightly used, can be dropped off at Sparta Fire Station One, at 715 N. Spring St.